Following the drama, gore and tragedy of season opener "Eve of the War", Being Human returns with "Being Human 1955". This episode is a lot of fun and definitely provides the comic relief we needed after last week.

The episode opens at the Southend-on-Sea barbershop where time stood still.  Hal (Damien Molony) and Pearl (Tamla Kari) argue about who should carry out the brutal murder of Hal’s greatest enemy, the spider upstairs.  While Hal and Pearl disappear upstairs to commit the crime, Leo remains behind and is contacted through the gramophone by The Woman from the future in “Eve of the War”.

Coming from 2037, I still maintain that she is none other than future Eve but I guess time will tell.  Leo interprets the disembodied voice as an angel when she tells him that he must journey west to visit the home of a werewolf and a ghost, who are guardians of the child that will save us all. 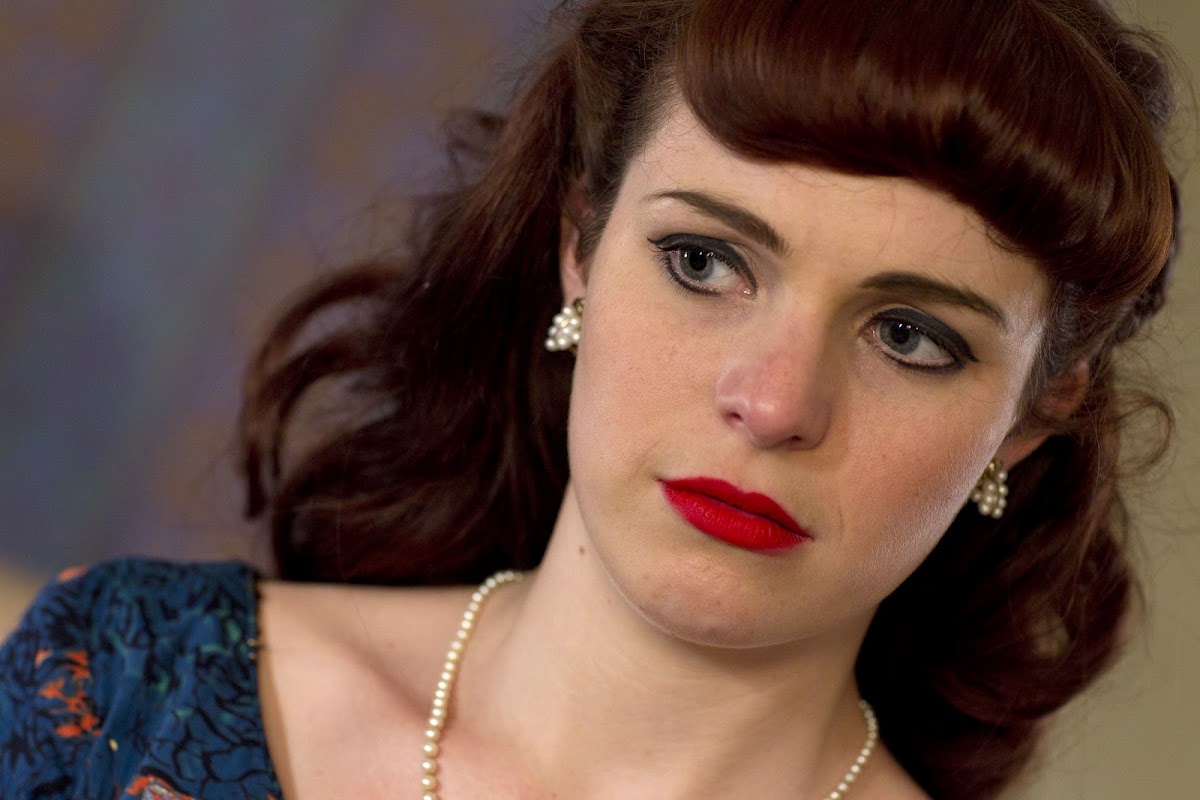 Back in Barry, Tom returns home in the early morning after pulling an all-nighter.  Annie is not impressed because Tom has broken her precious commandments:

Annie: “Why don’t we just run through them again so that we’re clear?”
Tom: "No smoking, no dialling 0800-numbers.  All dishes must be washed, dried and put away, not left to drip.  No bringing girls home.  Never put a cup down without a coaster.  And if I’m gonna be late, two rings.
Annie: "And we're missing one, aren't we?"
Tom: "No killing vampires"

As hilarious as it is that Annie has turned into a fixated ghost-mother hen, that is nothing compared to an obsessive-compulsive vampire who cannot stop at petrol stations situated on the left hand side of the road.  And so it is that Hal and Pearl push a stunning 1950s baby-blue Mercedes Benz into the town of Barry.  I absolutely love the music, costumes, styling and props surrounding these three characters and I love Hal’s whole stiff and proper old English gentleman act.

The minute the three Southend-on-Sea supernaturals arrive at Annie and Tom’s house, there is tension with Tom nearly driving a stake through Hal’s heart.  But they tell them of the “prophecy” and Annie goes into overdrive, preparing a ludicrous ceremony in the hopes that the messiah-like child Eve can cure the ailing Leo. 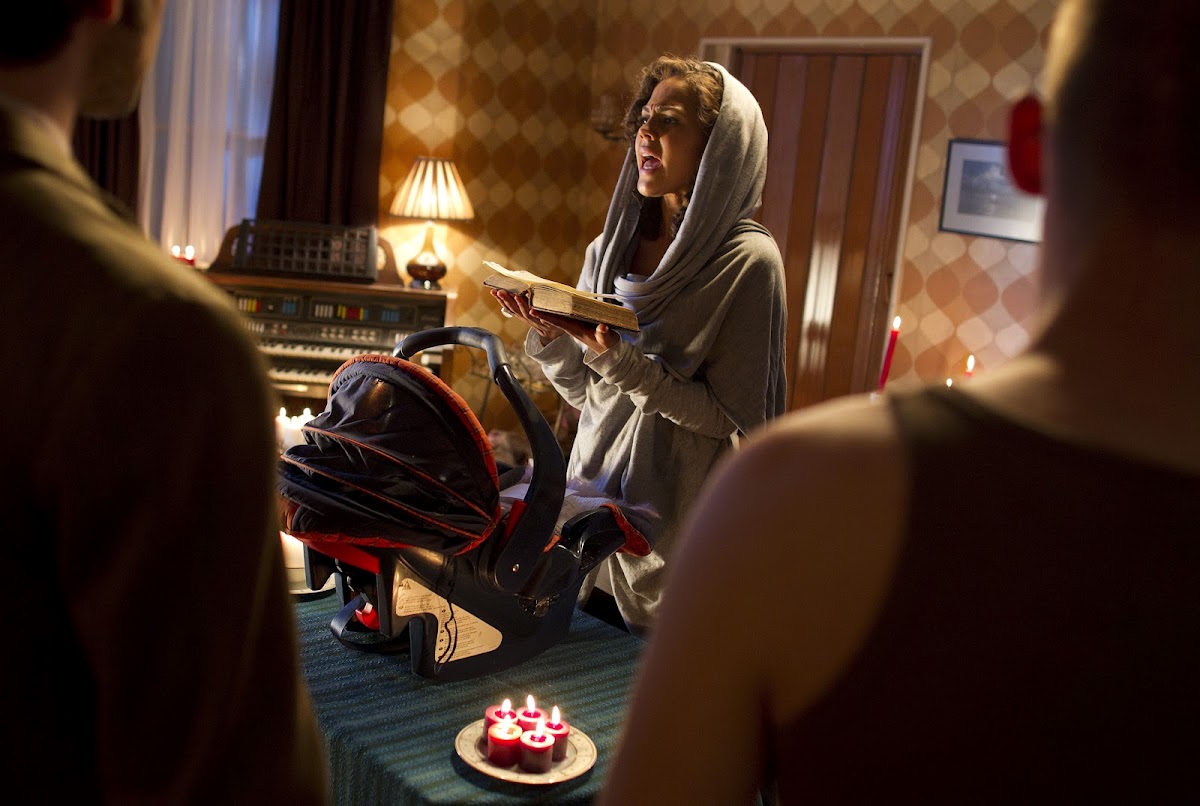 Not surprisingly, it doesn’t work because, you know, Eve is just a child and far-fetched stuff like that just doesn’t happen.  Still, it is becoming ever clearer that Annie completely lost the plot and now we’re adding a really peculiar vampire to the mix.

I thoroughly enjoyed getting to know Hal in this episode.  As Leo prepares for his eventual departure, he briefs Annie on the rules for taking care of Hal.  We learn that he has been dry for 55 years and that you need to keep him away from people, small dogs, budgies and blood.  More important than all of that, they are not to allow him to drink Kia-Ora under any circumstances (and not just because it is a really awful English squash, either).

Leo promises that he’ll tell Annie the rules for taking care of Pearl but we never get a chance to hear those. 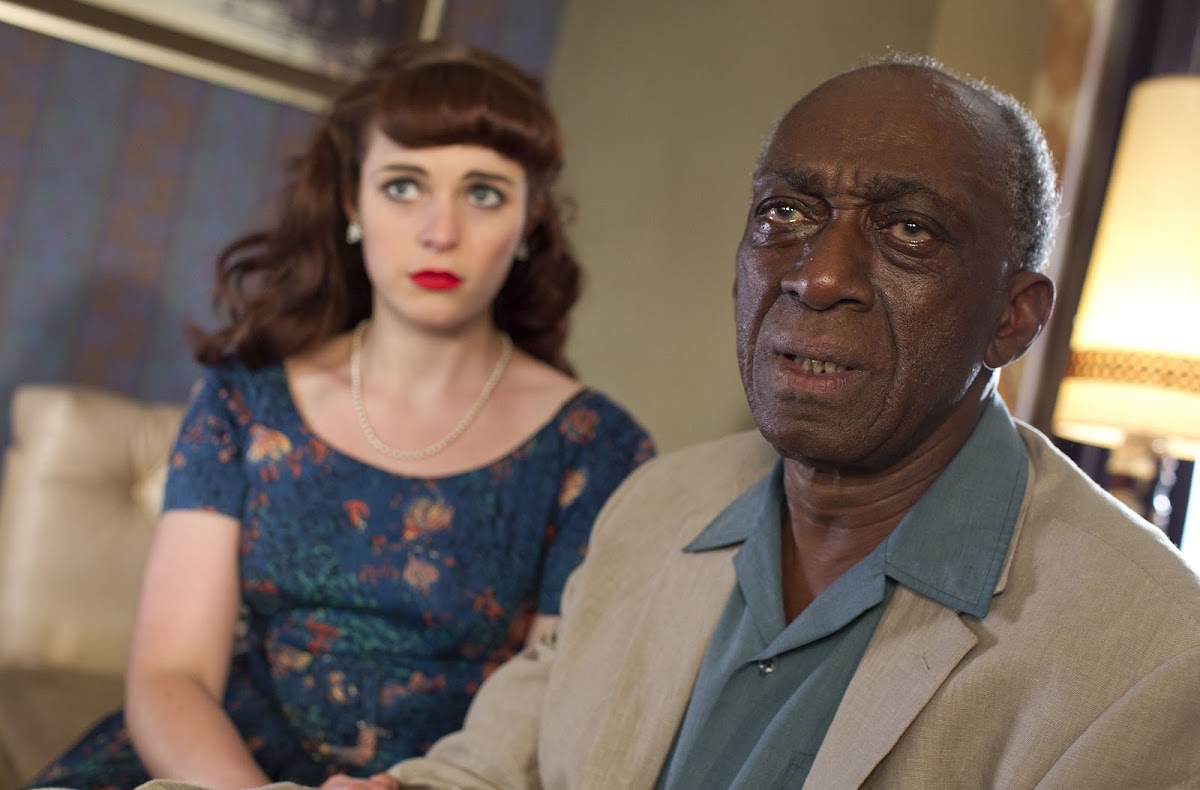 This episode is about control, dominos, poltergeists and facing your pain and I loved every minute of it.  I loved the love story at the at the centre of it all and really liked the ending.  Most of all, I enjoyed the scenes with Tom and Hal in the pawn shop.  I loved Tom’s reaction to the wolf on the wall and how Hal first holds Tom back from attacking the shopkeeper and then the roles are reversed.

I liked the original Mitchell (Guy Flanagan) from the Being Human pilot in 2008 and I grew to love Aidan Turner as Mitchell in the first three seasons.  Now that George, Nina and Mitchell have left the show, I am now happy to say that I adore Damien Molony as Hal.  Seriously, none of these promo photos do him justice, he is gorgeous. 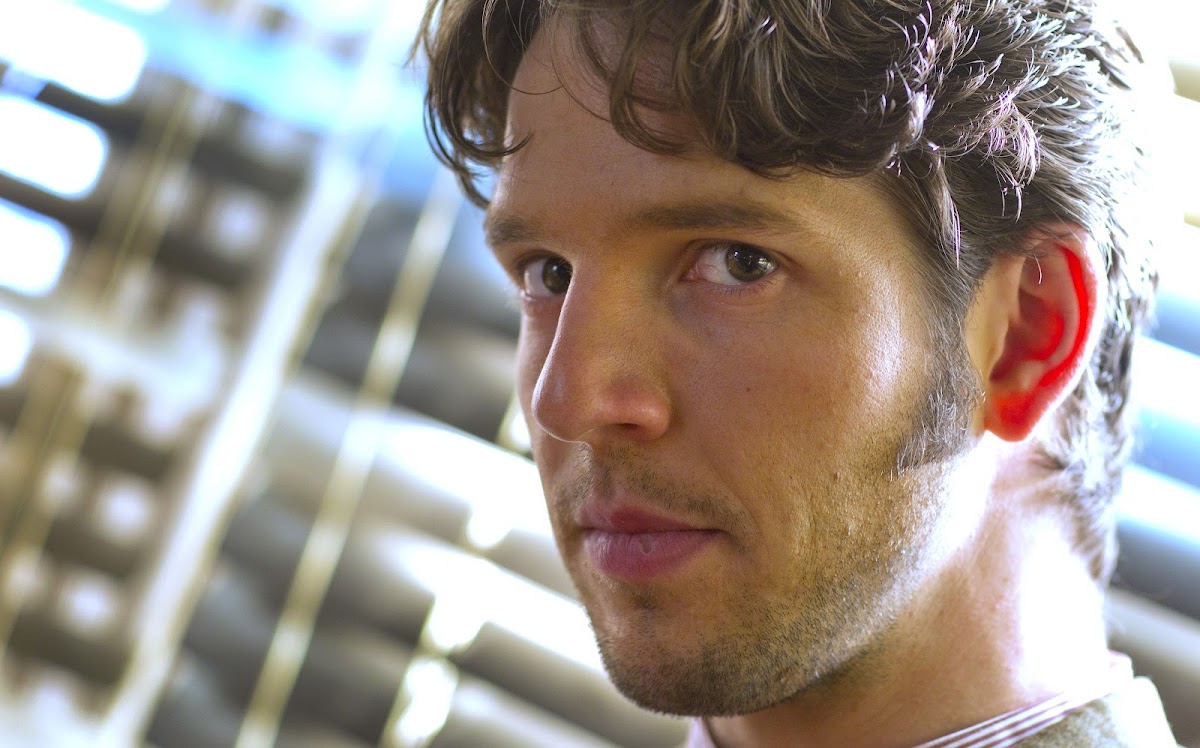 When the closing credits began to roll on last night’s episode, my only thought was that I do not know how I am going to last an entire week until the next instalment.  I guess I’m going to have to re-watch the first two on iPlayer to tide me by!  Suffice to say, I am really, really happy with this season of Being Human.

Oooooh! There are a whole load of extras on the Being Human blog! 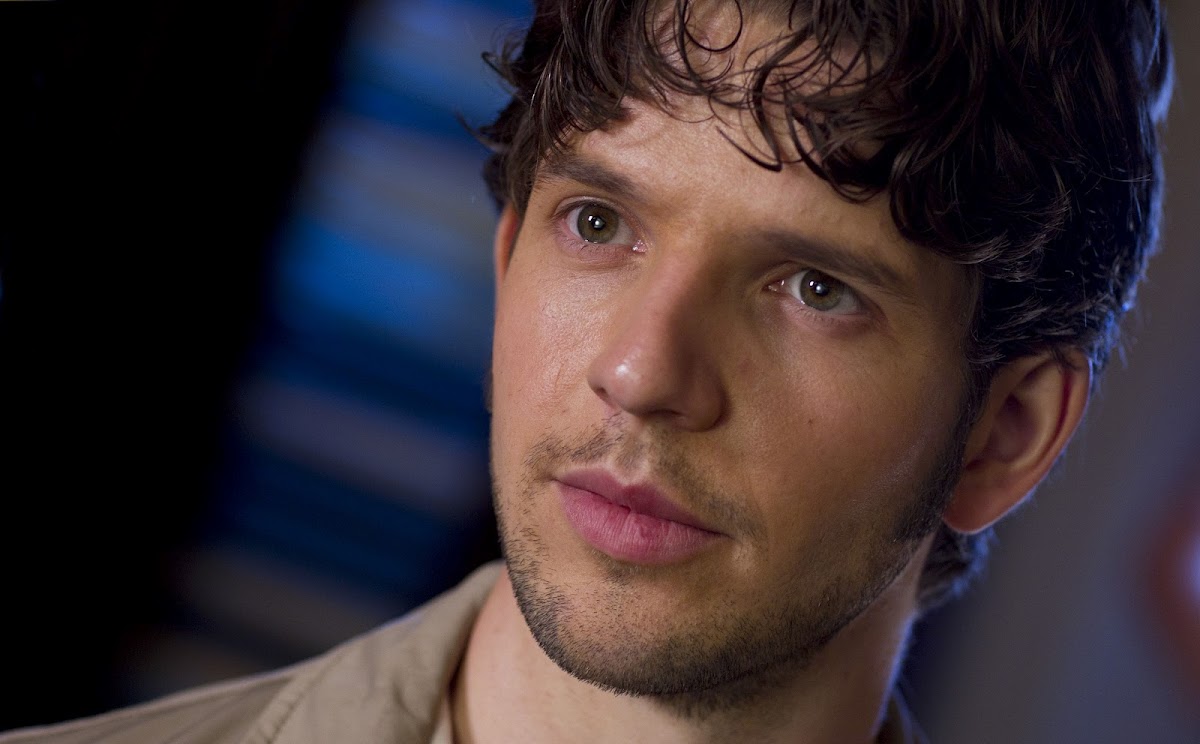 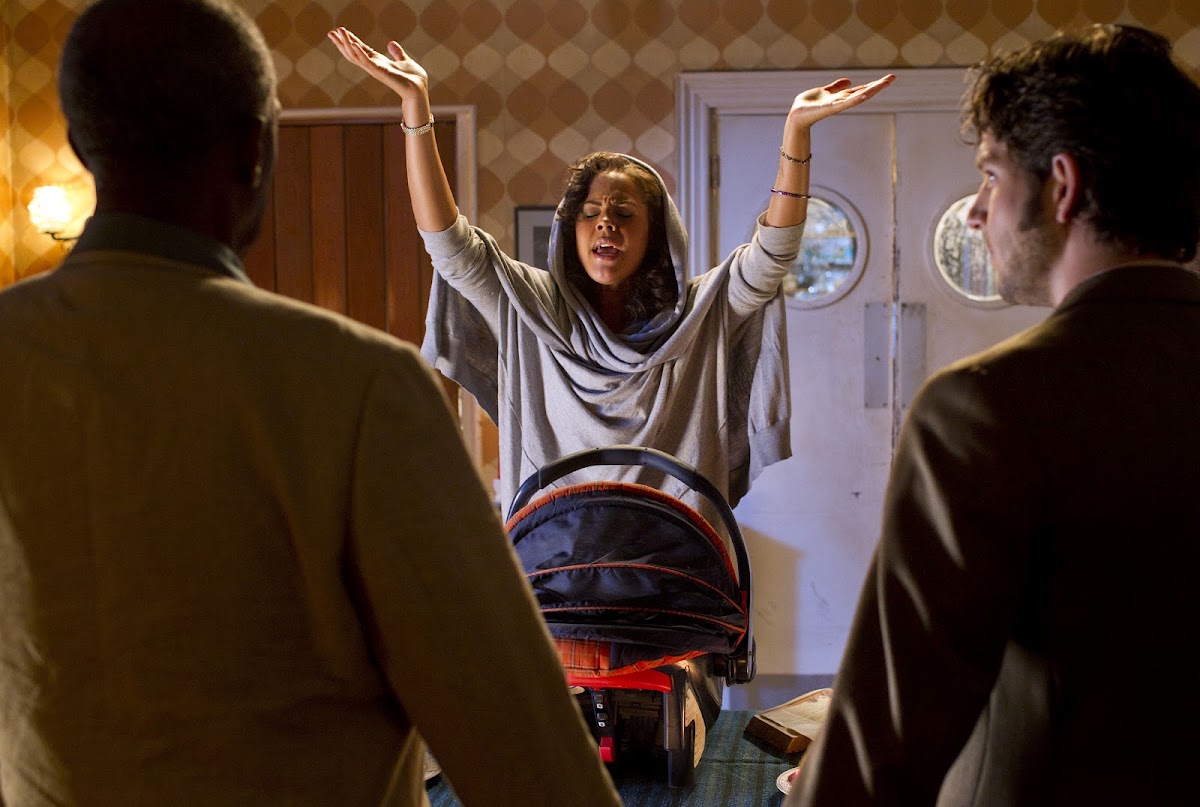 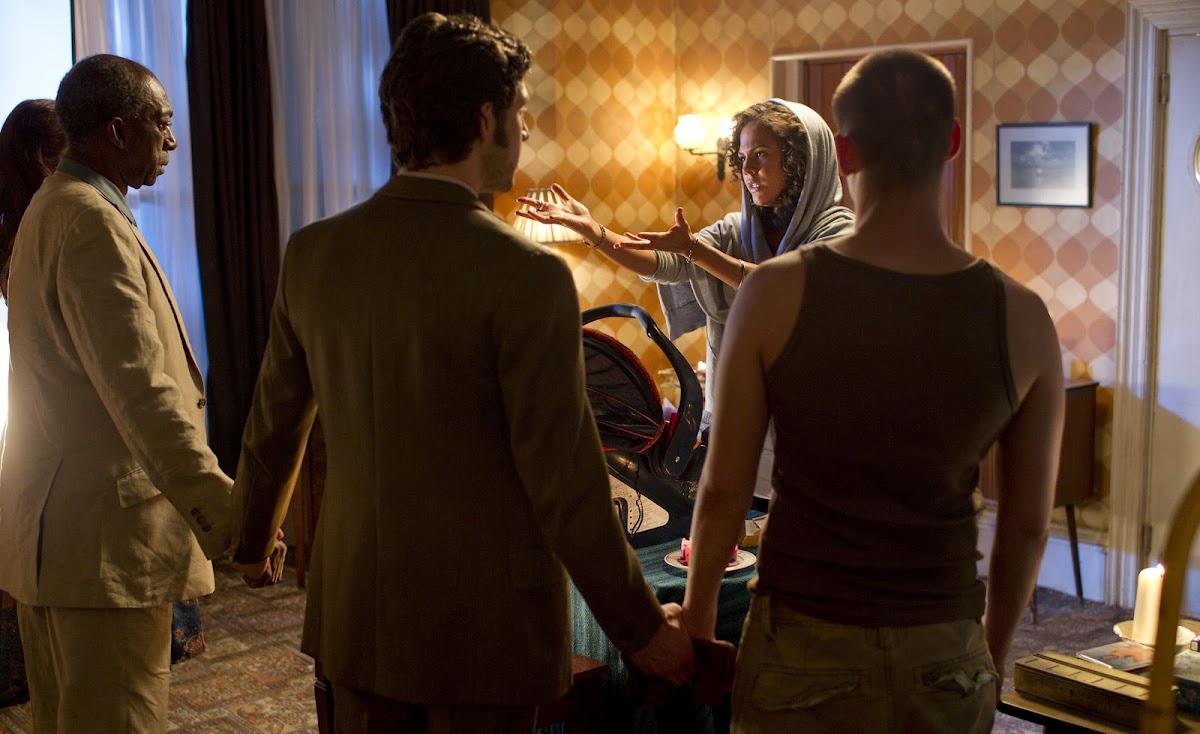 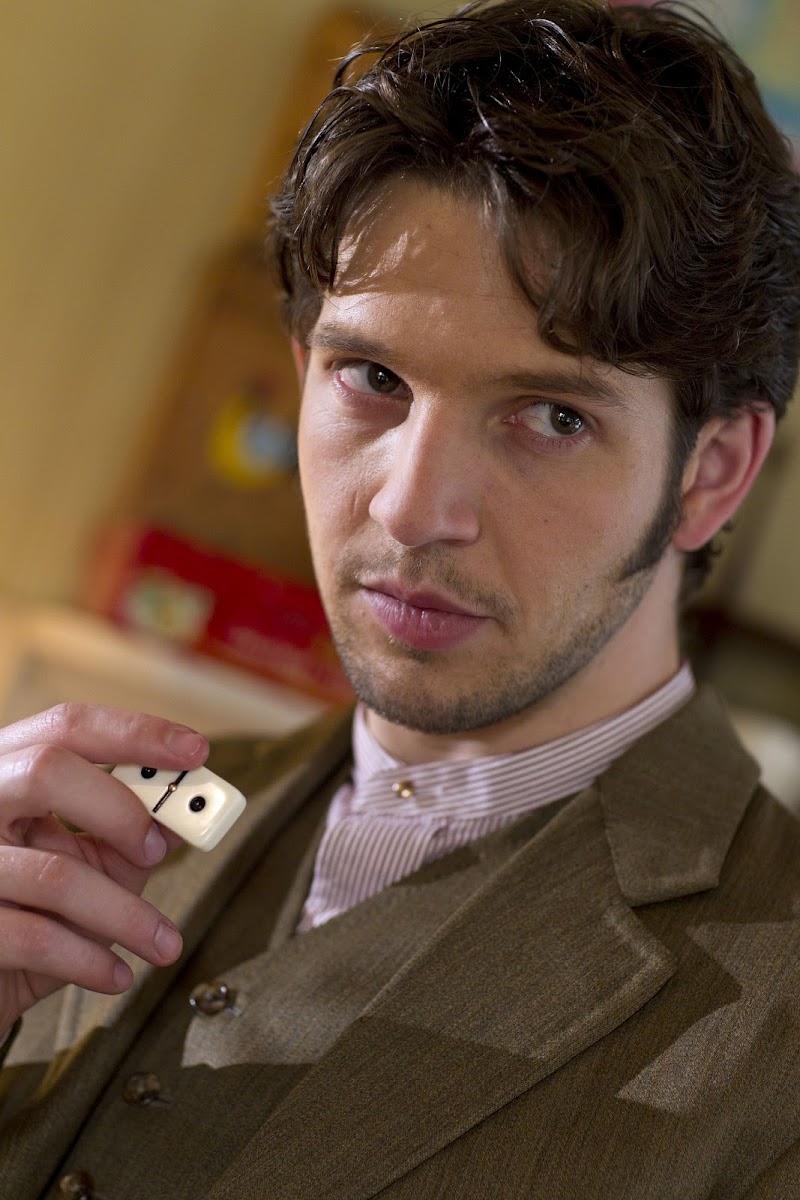