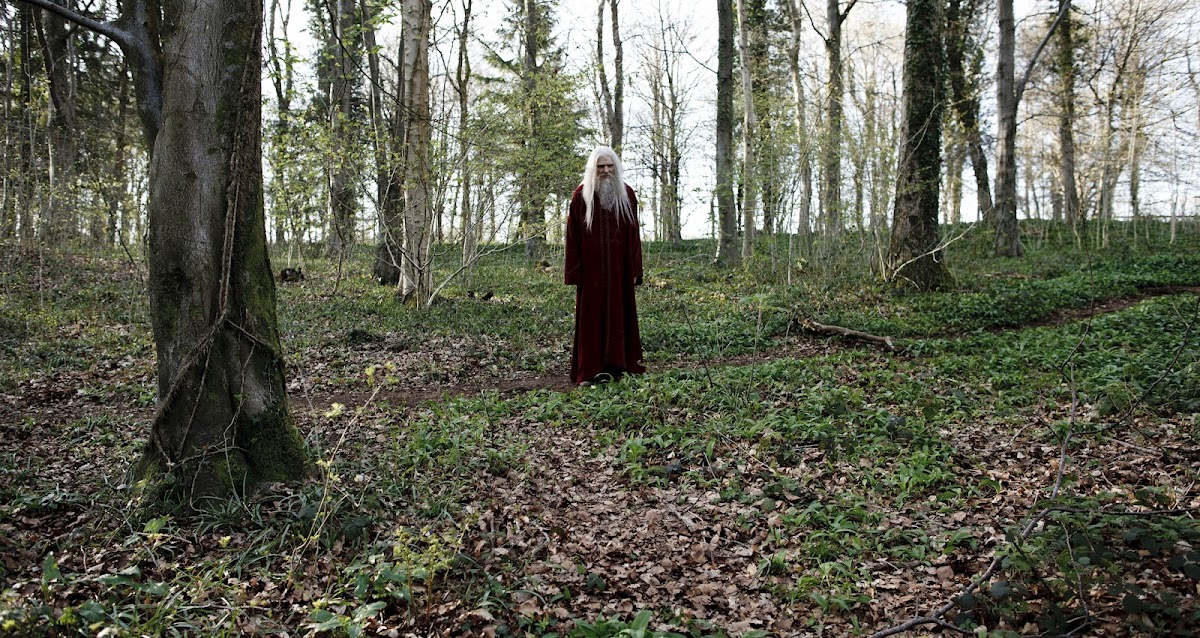 In the ancient kingdom of Camelot, it would be difficult to think of anyone better placed to assassinate King Arthur than his most trusted and loyal servant Merlin.  Thank goodness Merlin is on his side, right? Well, he is until that evil rat Morgana captures him and turns him into a deadly weapon against Arthur.

“Servant of Two Masters” is the six episode of the fourth season of BBC Merlin.  The episode begins with Arthur and the knights of Camelot on patrol in the forest.  Merlin tries unsuccessfully to dissuade Arthur from taking a route through the Valley of Fallen Kings, reminding him that nothing good ever comes of going through there.  Naturally Arthur ignores him, leading to an ambush where Merlin is injured and Arthur has to save him.

Merlin implores Arthur to leave him behind as they try to escape through the forest, but the bandits gain ground as the injured Merlin slows them down.  They are ambushed a second time but this time Arthur is cut off from Merlin when Merlin saves him from the attacking troops by causing a rock fall.

And so it is that Merlin lands up securely in Morgana’s clutches.  She strings him up and Merlin expresses his joy at seeing Morgana again (or not).

Morgana:  “Oh, don't be like that, we have a lot of catching up to do. After all, I haven't seen you since you condemned my sister to a slow and painful death, thwarted my plans to take over Camelot and forced me to live in a hovel”.
Merlin:  “Couldn't do me a favour, could you? Let Arthur know.  He still thinks of me of an underachiever but I'm quite proud of those accomplishments. I can die happy”.

Morgana conjures up an ancient creature of dark magic called a Fomorroh, lops off one of its numerous heads and inserts one into Merlin’s neck.

Morgana:  “Fomorroh are creatures of dark magic. Even if you cut off their heads, you cannot kill them.  Another will just grow in its place.  In the days of the Old Religion, they were revered by the High Priestesses as they allowed them to control people's minds.  The Fomorroh will suck the life force out of you.  Everything that makes you Merlin will be gone. And in its place there will be just one thought . One thought that will grow until it's consumed you completely.  One thought that will be your life's work. You will not be able to rest until it's done. And that one thought is simple.  You must kill Arthur Pendragon”.

It is hard for me to think that I really liked Morgana in the first season. Sure, there were signs that she was going to turn into a manipulative witch but I didn’t hate her like I do now. Moving on swiftly…

Meanwhile, back in the castle, the knights of Camelot draw the conclusion that there is a traitor in the court.  Will Arthur finally figure out that Agravaine is a treacherous weasel and expose him for the witch pawn he is? Well, he comes pretty close but Agravaine deftly deflects the suspicion on to Gaius.

And then there is Arthur’s new manservant George.  He is a creep!! But with Merlin indisposed, Arthur surely needs a new manservant.

Arthur: “Very impressive, indeed, but I already have a manservant.  Alright, he's shabby looking, he has appalling manners, he's extremely forgetful.  He seems to spend most of his time in the tavern. But he is my manservant”.

I agree with Arthur! I far prefer Merlin to the competent, eager and industrious sycophant George! 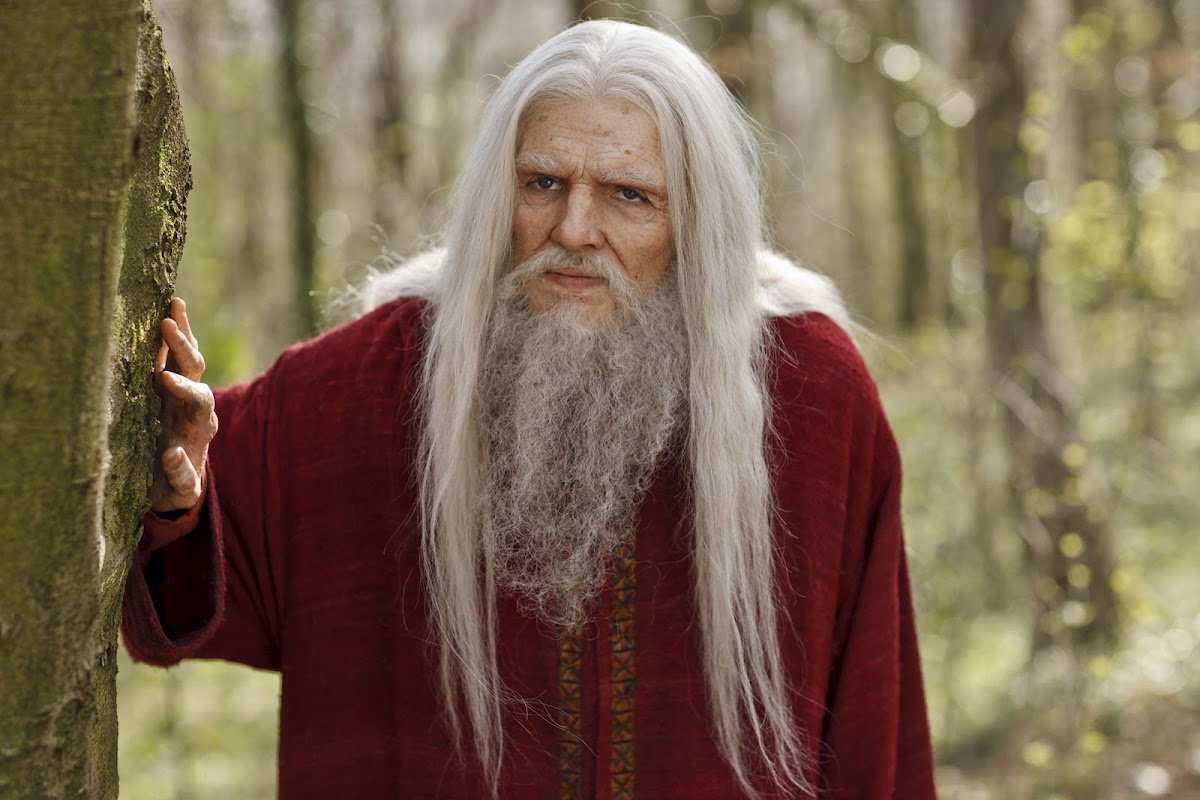 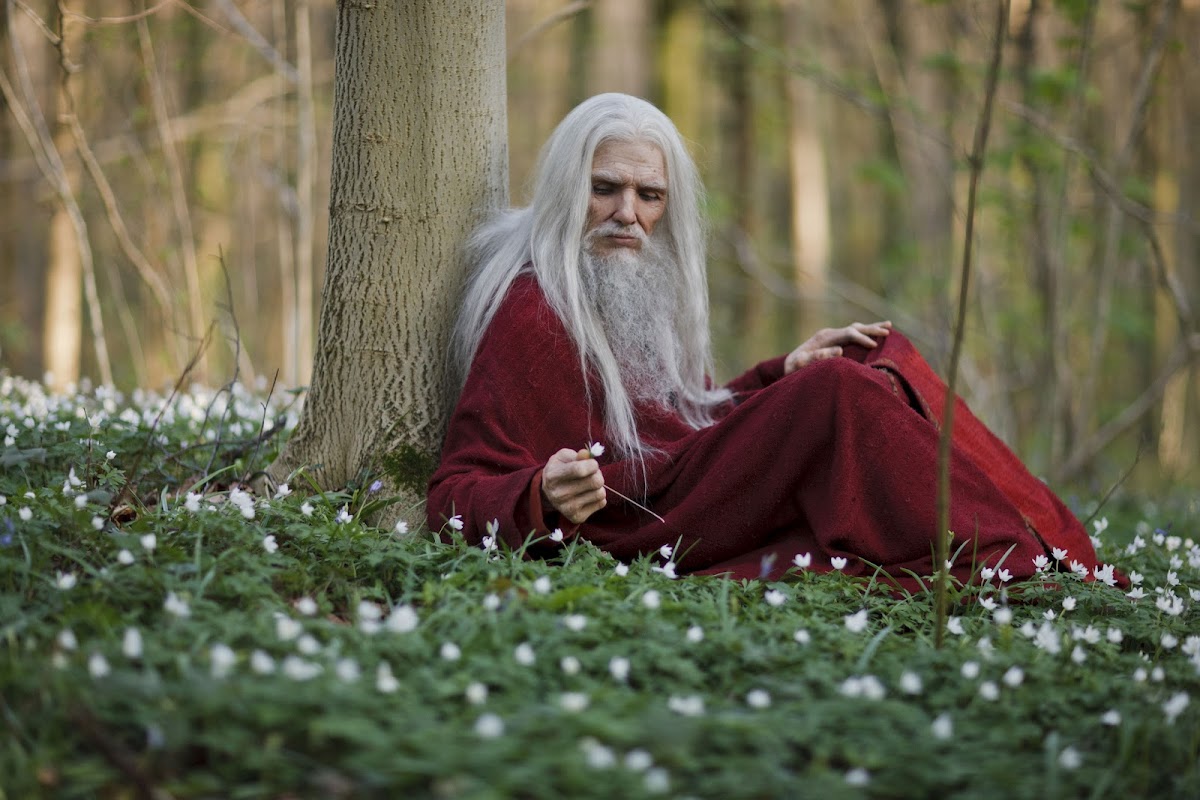 The absolute star of “Servant of Two Masters” is undoubtedly Colin Morgan.  We’ve seen him assume the cantankerous, crotchety mannerisms of Old Merlin before but in this episode he manages to assume a new personality altogether as the snarky, sardonic Assassin Merlin.  He had some prime lines in this episode and managed to insult Arthur, Gaius and a host of other characters.  Of course, he is the worst assassin on earth which is just as well so what could have been a pretty dark episode is possibly the funniest episode to date.  And we get to see Bradley James practically naked so this is a pretty decent episode!

I really like the name of this episode, “Servant of Two Masters”.  Morgana thinks that she can control Merlin and get him to do her bidding but at the end of the day, Merlin’s strength of character and his innate sense of duty, morality and decency overcame her petty little attempts at vengeance.

It is always good to see Old Merlin in an episode, if only because we know that he has sustained legends for hundreds of years.  And it is good to see him thwart Morgana yet again and instil true fear into to her.  Arthur and Merlin will defeat Morgana one day, I have no doubt about it and her days are truly numbered.