The Amazing Spider-Man Poster is Revealed 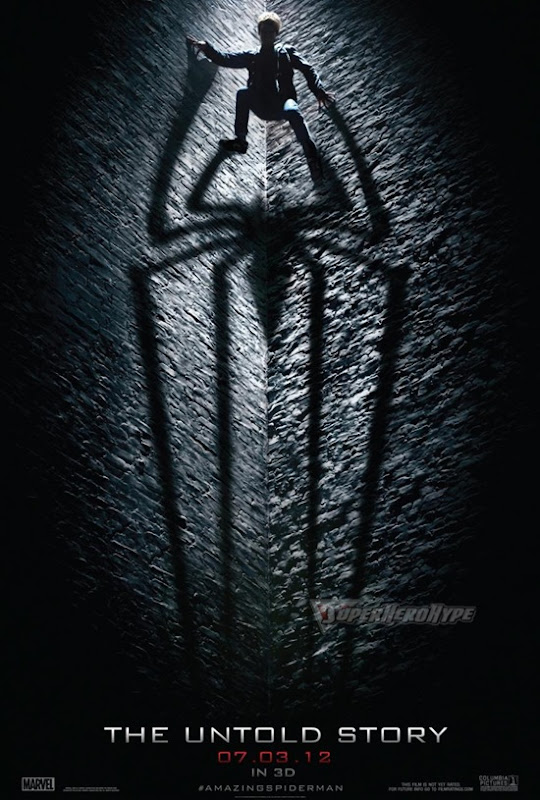 Thanks to SuperheroHype, we got an early look at the first official poster for The Amazing Spider-Man, starring Andrew Garfield and Emma Stone, and it definitely has a mysterious vibe. If this image is any clue, we're in for a darker (perhaps creepier) Spidey tale than we've ever seen before. 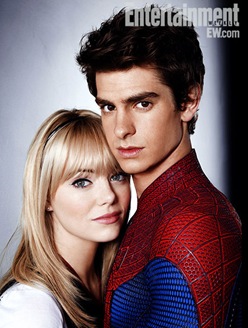 Two things are worth noting with this poster - first, there's no Spidey logo or title (besides the shadow), which is an interesting choice. Just guessing, but apparently Sony Pictures believes the spider shadow alone is so recognizable that a title is unnecessary - after all, everybody knows who Spidey is, right?

Second cool thing about this poster are the words "the untold story". Again, I'm speculating here, but I think that's referring to the story of how Peter Parker was orphaned and wound up being cared for by his Aunt May and Uncle Ben. I'm not being a spoiler, because the trailer that was released months ago hints at that in the first few seconds. (see below) We already know that Richard and Mary Parker (Peter's parents) will appear in the movie, so I'll wager that their backstory is a big plot element. Think I'm wrong? Let me have it in the comments.

We only have to wait until July 13 to find out.

This is a guest post by Matthew Killorin of the incredible superhero blog Capes on Film. Visit Matthew's blog for news and reviews of the best comic book and super hero films out there.