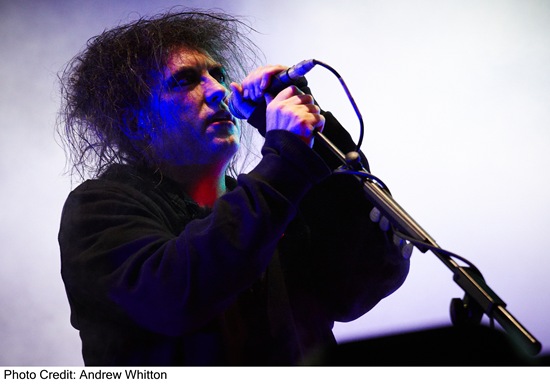 Wow. There are some concerts that will go down in history as iconic moments in musical history and surely The Cure's appearance at Bestival 2011 will be one of those performances.   Of course, the heart-breaking fact is that I wasn’t there.  I was so disappointed by Faith No More’s performance at Exit Festival 2010 that I decided not to attend Bestival 2011, even though two of my favourite bands of all time were performing there: The Cure and Cranes.  Maybe it was because two of my favourite bands were performing there.  I would rather have remembered The Cure as they were at the height of their career in 1995, when I watched them from my front row place at Glastonbury Festival, then watch a train wreck in motion (I’m talking to you, Mike Patton).

Well, the good news for fans around the world is that The Cure were absolutely brilliant at Bestival 2011 and they had so much fun that they have recently released a new double album Bestival Live 2011 featuring a whopping 32 career-spanning tracks

.  In the words of the legendary Robert Smith, “We had such a great time in the Isle of Wight at Bestival that we wanted to release this show as a way of thanking fans and islanders alike. Bestival is the best!”

Today, the band is premiering the live video for “A Forest”, one of my favourite The Cure tracks of all time.  I was blown away by the quality of the sound and the strength of Robert Smith’s vocals.  To be honest, the band don’t look much older than when I saw them 16 years ago which goes to show that boys don’t cry but they don’t exactly grow up either.  What do you think of the video below?

Damn! It doesn't look like they're releasing the concert on DVD or Blu-ray. I haven't bought a live DVD for years but this is definitely one that I would buy.

Bestival is held each year in the Isle of Wight and all proceeds from album sales benefit a local charity, the Isle of Wight Youth Trust.  This organisation offers counselling, advice, information and support services to young people under the age of 25 and they make a massive contribution to the wellbeing of local residents.