Interview with Dori Ostermiller, Author of Outside the Ordinary World 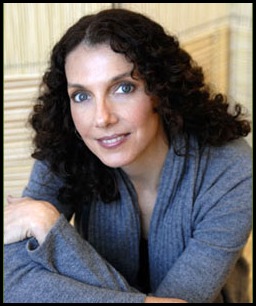 Dori Ostermiller is the author of Outside the Ordinary World, a powerful debut novel that spans almost forty years of painter Sylvia Sandon’s life as she comes to term with her mother’s infidelity and yet seems doomed to repeat those same mistakes.  I gave Outside the Ordinary World a five star review in August and caught up with Dori to talk about getting published, the evolution of the story and the characters in the book.

Outside The Ordinary World is remarkably complex for a debut novel. Can you tell us a bit about how you got the idea for the book and how the story evolved?
Thank you for this wonderful compliment, Mandy.  I started the book, many years ago, as a memoir about the dissolution of my childhood family.  I wanted to write about the family alliances, secrets and betrayals that had so defined my own coming-of-age.  Over time, though, the story became quite fictionalized: I realized that I was more interested in the emotional truth of my experience than the actual facts...  In short, wanted to make things up.  Still, fictionalized though it was, it was still a traumatic story for me to write: it took several incarnations to get the right shape.  I took long breaks between drafts, and over all, it was about 15 years in the making.

Sylvia is an artist and the manner in which you describe the landscapes and vistas in the book feels almost like a watercolour. Are you an artist too?
I’m not currently painting, but I used to paint—not watercolours, but oils.  I love the textures and smells of painting.  It makes me incredibly happy to hear that you experienced the story this way, because that’s really what I was going for: I wanted the reader to experience Sylvie’s world almost as one would step into a painting.

Can you tell us a bit about the challenges you faced in getting your novel noticed and published?
You know, it felt excruciating at the time, but in retrospect I think I had it fairly easy compared to some other writers I know.   It took a while to find the right agent, for sure—about a year.  The book was rejected by nearly 20 agents, then picked up by someone who turned out to be the wrong agent for the book.  I had to fire her.  Now I have a fantastic agent who I’m sure I’ll be with forever.  Once I found her, the book got a lot of interest quickly, and she was able to sell it within a couple of months. 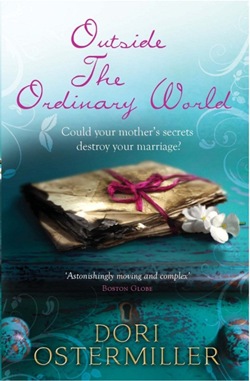 Which character did you identify the most with and why?  Was there a character you didn't like or who didn't turn out as you had intended?
I suppose I identified most with Sylvie, since we share similar childhoods, though in truth, I did not have an affair as an adult, and it was a stretch for me to fully understand Sylvie’s choice in doing so.  I wanted to make her different than myself, so I decided to let her act things out and really make a mess of her life, rather than working it all out nicely in therapy and through her art.
Roz Benton was the biggest surprise: she’s a character who came out of nowhere and just sort of insisted herself onto the page.  Completely fictional and very wacky.  At first I wasn’t sure I liked her, but she forced her way into the story and ended up being an important piece of the puzzle.

I believe that you are currently working on your second novel. Can you tell us a bit more about that?
I’m currently writing a story about a young wife/teacher who loses her husband in a school shooting and in the wake of this loss, begins to question everything she once believed about her life, her marriage.  There are issues of class, family secrets, conflicts within her community...  She’s forced to make a difficult choice... It’s really a story about finally growing up, coming to terms with painful truths and making your own happiness in an imperfect perfect world.   I guess that’s all I want to say about it at present.

Article first published as Interview: Dori Ostermiller, Author of Outside the Ordinary World on Blogcritics.