Saturday mornings and the first day of summer vacation: the possibilities seem endless as you sit back, relax and think of what lies ahead.  That sense of optimism and anticipation is almost unrivalled yet it is the feeling I got when I first listened to Mali Woods’s Outta the Woods EP.  Drawing on a range of folk, world and hip-hop influences, Mali’s unique brand of “boho folk” is perfectly complemented by her crystal clear, pitch perfect vocals.  Which is just as well because Mali Woods has something to say and she is not afraid of tackling some of the biggest issues facing the world today.

Mali Woods hails from Minnesota but moved to Los Angeles in 2001.  It is a move many aspiring singers make to seek fame and fortune in the bright lights of LA but there was far more to Mali’s story than a simple dream.  It is clear that Minnesota will always have a place in Mali's heart from the almost magical way in which she describes the land of her birth.  “I grew up in the land of ten thousand lakes (Minnesota) in a suburb called Minnetonka,” she says, “which is a Dakota Indian word meaning “great water”… Even though I absolutely adore the earthy people and changing seasons of MN (especially autumn time), I have a deep need to be in a culturally diverse environment”.

This need developed when Mali’s family disapproved of a mixed-race relationship that she was involved in, ultimately making her choose between being a part of the family or continuing with the relationship.  Mali claims that it wasn’t even a choice for her and she states on her website, “I knew my love of diversity and unity was thicker than blood”. 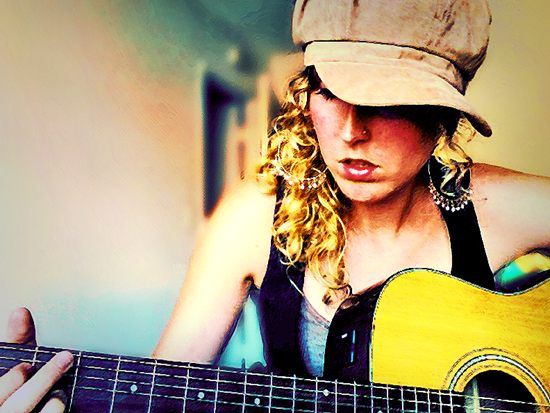 Moving to Los Angeles was one of the hardest times of Mali's life and she describes how she had to sell all of her possessions to avoid becoming homeless.  She released her first album Melodic Wand in 2003 but it would be a further 8 years before Outta the Woods was completed.  Part of this was because Mali wrote, recorded and produced 90% of the album herself and nearly every guitar, bass, cello, violin, trumpet, tuba, piano, chime and drum on the album is played by her.

Mali once remarked that genre in music is determined by the production process, and so she had to learn to stay true to her roots while expressing herself.  “Thanks to Apple Logic and sound libraries, I was able to be a one woman band,” she explains. “It took me a while to get a sense of how to use these instruments in a realistic way and it also took me a while to develop my own sound, while still paying tribute to the folk, world, hip-hop, soundtrack orchestration etc. that have inspired my writing over the years.”

Mali acknowledges that she could not have achieved the last 10% of the album without her business partner and fiancé, accomplished hip-hop producer Moe Johnson.  She explains how Moe guided her through the recording process, adding instruments to her initial guitar sketches while maintaining the folk feel of the tracks.  “I write most of my songs on guitar first,” she explains, “they're like rough drafts that I like to call song sketches.  I take the strongest ones into my home studio, record the guitar and start building the music around that.  My partner was like my anchor through the entire process, helping me not to lose touch with that raw folk feel that I love to over-production.” 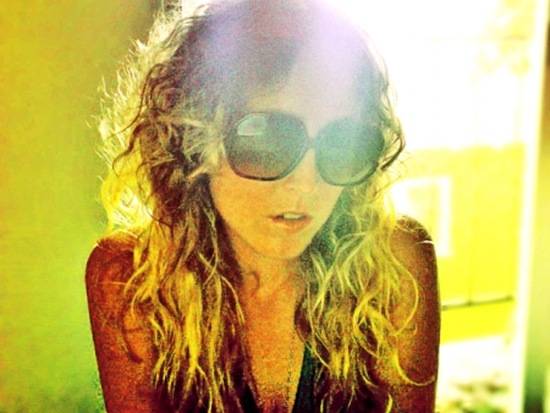 The past 8 years have been a massive learning curve for Mali as she muses, “I think consciously locking into my true self really became a creative skeleton key for me.  I feel like now it would only take me a few months to write another album, now that I have, as my partner would say, “my science down”.”  This sense of purpose and confidence is what lead Mali to release an EP at this stage, as opposed to a full-length album.  She explains that with 8 tracks, Outta the Woods is technically long enough to be considered an album but that she is still finishing a couple of songs.  This is her way of implying that there is certainly more to come.

Which, as I said at the beginning of this article, is just as well because Mali has a lot to say.  It is easy to be swept away by Mali’s soothing vocals and catchy melodies but it is her lyrics that belie her desire to tackle far more serious issues than your average singer/songwriter.

I asked Mali if she saw her music as a means of expression and if so, which issues she would like to raise in future.  “Yes, my music is most definitely a way for me to address serious issues, and unfortunately this world has given me a lot to write about,” she ponders. “From the environment, to wars, to the famines in Africa, global poverty, racism, sexism, LGBT rights to the many, many, faces and ways injustice and oppression rears its ugly head.”

Mali stresses that her ideas are not limited to our day to day life but extend to the overall picture of what it means to be human. “Nature has shown us that in order to sustain life there has to be an equilibrium,” she states, warning, “humanity has failed to achieve this and we are now facing some really serious consequences because of that.”

It is so refreshing to encounter a young artist who has something to say, especially in light of recent events.  Mali says that she feels inspired by the Occupy Wall Street movement and that for the first time in a very long time, she feels that a real difference could be made, that real change is on the way.  On the media representations regarding protestors not being clear on what they want, Mali says that it is perfectly clear, saying “regardless of how the injustice has shown up in the individuals life, it's all happening because of the same source of corruption. The "leaders" of this system haven't had the people's best interest in mind.”

This is best expressed in the track “Reversing”, which first caught my attention with the spoken-word lyrics at the end of the song:

“this marriage, this union, this price
this tragic inverted life we’re living in
where money is god and freedom became
just an idea we put in movies
get it outta your head we aren’t dreaming
we’re standing on a stage & karma’s watching”

On “Reversing”, Mali expresses her belief that we've collectively strayed too far from our hearts, that we've lost our way. The song is about reversing, about how sometimes, the best thing to do is to retrace your steps backwards.  She explains that the song “is a call to reverse humanity's collective action, meaning karma, before a consequence we can't run from shows up to restore balance for us.”

With her talent, enthusiasm and motivation, Mali is an inspiration and could be the voice for a new generation of disenchanted youth.  Her aim is to continue talking, writing and singing until her soul tells her there is no longer a need and her vision is to inspire and unite people who share the same concerns as her. “Not everyone wanted life to be lived like this,” she says as we close the conversation. “Cutting down trees, endangering animals, not giving equal opportunity, or equal rights, all this materialism, greed,wars […] it feels like those who would never do these things are suffering the most.”