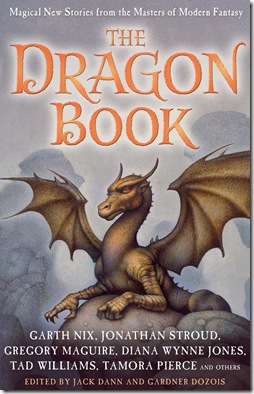 Fantastical beings as old as time, crafted from magic and fire: dragons are the legendary creatures of mythology that have captured the dreams and imagination of people for thousands of years.  Dragons have been cast in countless roles and have represented both good and evil, honour and duplicity, wisdom and instinct.  Dragons enjoy a prominent position in European and Asian folklore and a new collection of short-stories seeks to breathe new fire into the dragon mythology.

Soon to be released in a brand-new paperback edition, The Dragon Book features nineteen magical stories from the masters of modern fantasy.  Edited by Jack Dann and Garder Dozois, The Dragon Book includes stories from Garth Nix, Cecelia Holland, Diana Gabaldon (with Samuel Sykes), and Diana Wynne Jones, amongst other big names.

The Dragon Book is an excellent collection of stories and I was impressed by the invention and imagination of the authors.  None of these stories was typical and each story was full of twists and turns, humour and magic.  It was intriguing to discover how each author interpreted the subject and to read about nineteen different worlds, each with their own magic and unique dragons.

The Dragon Book began with “Dragon’s Deep” by Cecelia Holland, a tale of war, pillage and abduction set in a medieval fishing village.  It was followed by “Vici” by Naomi Novik which was set in ancient Rome.  Set in ancient times, both stories conformed to my traditional image of dragons as creatures of the past.

That was challenged by the funny and decidedly modern tales that followed.  Set in an Asian city, “Bob Choi’s Last Job” by Jonathan Stroud had the air of a hardboiled detective novel, while Kage Baker’s “Are You Afflicted by Dragons?” was set in a cheesy seaside hotel. 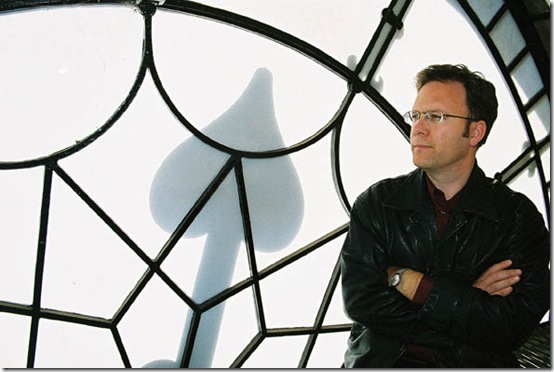 I had wanted to read The Dragon Book because I am a fan of Garth Nix and I wasn’t disappointed in his story “Stop!”  In just ten pages, Nix weaves a tale of an ancient and radioactive dragon that wreaks havoc at a military base and nuclear testing facility.  Not all of the stories were so short, however.

At 36 pages, “The Tsar’s Dragons” by Jane Yolen and Adam Stemple was an intriguing tale set on the eve of the Russian Revolution, featuring none other than the Mad Monk, Rasputin.  It felt really long though and was a difficult story to plough through, although it was certainly worth it in the end.  Conversely, “Humane Killer” by Diana Gabaldon and Samuel Sykes was almost 60 pages long but it was much easier to read!  It was a crazy story about two pairs of misfits and outcasts (a magician and a dead knight, and a crusader and his heathen counterpart) that clash while trying to destroy a dragon.

My favourite story in the collection was “Ungentle Fire” by Sean Williams.  This was a story of a young dragon’s apprentice named Ros and his quest to reclaim his freedom and return to his true love.  It was a beautiful and lyrical story that absolutely captured my imagination.  I loved the setting of the canyon and the barren landscape and was astounded by the visualisation of dragons made of webs, dust, stone, water and cloud.  I will certainly be looking out for more of Sean Williams’ works.

“A Stark and Wormy Knight” by Tad Williams was a very cute take on the classic bedtime story, told my a dragon mother to her young child and special mention goes to the touching “JoBoy” by Diana Wynne Jones and “Puz_le” by Gregory Maguire.

I couldn’t possibly mention all of the stories but those were the ones that stood out for me.  It is the type of collection that is full of treasures and each reader is certain to find at least one or two favourites.  It is worth noting that this collection of stories is not suitable for younger readers and I would recommend it for readers aged twelve and over.

I had heard of many of the authors featured in this volume but had read pitifully few of their works.  That is certainly due to change now as each of the authors impressed me and I now have a to-read list longer than my arms.  I am certain that a lifetime wouldn’t be enough to make it through their works but I can certainly make a start!  I’ll also be looking up Jack Dann and Gardner Dozois’s other anthologies, such as Wizards and the upcoming Ghosts by Gaslight: Stories of Steampunk and Supernatural Suspense by Jack Dann and Nick Gevers.

This is a magical collection of stories and one that I am glad to have on my bookshelf.  The new paperback edition will be released by Anderson Press on May 5, 2011.

Buy The Dragon Book at Amazon.co.uk

Article written by me and first published as Book Review: The Dragon Book edited by Jack Dann and Gardner Dozois on Blogcritics.