Five Questions With Julie Kagawa, author of The Iron King 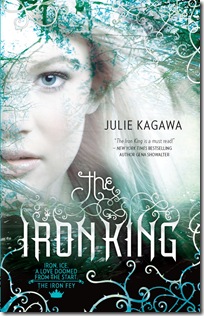 Julie Kagawa is the author of the inventive and popular young-adult series The Iron Fey.  The first novel in the series, The Iron King, was recently released in the United Kingdom and was reviewed on Addicted to Media back in January.  Julie is currently conducting a blog tour to promote the Iron Fey series and she took the time to answer five of my questions.

I believe that as writers, you come to love your characters, some more than others.  Who is your favourite character in the Iron Fey series and do you have a least favourite?

My favourite character would have to be Ash, because I love my brooding bad boys. But a certain snarky talking cat runs a very close second. As for least favourite, I don’t think I have one. I like all my characters in one way or another, or at least I understand them.

It is refreshing to read about the dark side of fairies and the land of the fey.  It reminded me of the very old English tales of fairies stealing children and tricking people into deals.  Were those the tales that you grew up on and if not, where did you get your inspiration from?

Those were certainly the tales I drew inspiration from. I love the stories of changelings and the thought that the Fey were these ancient, capricious creatures who were tricky and dangerous. I’ve always preferred the Brothers Grimm faery tales to the Disney fairy tales.

There is a lot of competition between Team Ash and Team Puck across the Blogosphere.  I know that you are not a fan of the Iron Court so which team are you on?

That might be a tad bit spoilery, lol. Let’s say I love both boys for different reasons and leave it at that.

I have to confess that I am probably Team Ash (and hope to explore that further in the next two books!) but I was amazed by the ingenuity and originality of the Iron Court.  It read like a Steampunk dream and I loved the acid rain.  Would you describe the Iron Court as Steampunk and where did you get the idea for the Iron Horse from?

It didn’t start out as Steampunk, but as the series progressed, The Iron Realm sort of became this entity that had definite steampunk elements, so I went with it. For Ironhorse, I wanted an “older” type of fey, one that might be past his prime. The steam engine seemed a perfect fit, so Ironhorse was born. 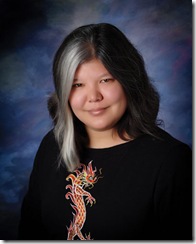 I think that you've achieved what many people have dreamed of and gone from Livejournal to NaNoWriMo to being a published author.  If you had one single piece of advice to give to other aspiring writers, what would it be?

Persist. Just keep writing, and try to finish that novel. Remember, all authors started exactly where you are right now; the only difference between a published author and a non-published one is that the published author never stopped writing.

The Iron King focuses on the adventures of Meghan Chase as she ventures into the land of the Nevernever to rescue her younger brother Ethan who has been stolen by Fey.  She is assisted by her friend Robbie, the mysterious Winter Prince Ash and the cantankerous cat Grimalkin.  This is not your average fairy tale and will appeal to fans of supernatural and romance novels.  The Iron King is available on Harlequin UK’s Mira Ink imprint and the second book in the trilogy, The Iron Daughter is due to be released on 15 April 2011 in the UK.