Download: We Are The Dead – Does It Offend You, Yeah?

Does It Offend You, Yeah? are serious contenders for My Favourite Band© at the moment and that is all down to their amazing set at Exit Festival this year.  I had always liked DIOYY but I absolutely love them after seeing that 3am set on the Saturday morning at Novi Sad.

They have released their first new single “We Are The Dead” today as a peace offering to their fans for taking so freaking long in releasing their new album Don't Say We Didn't Warn You.  I must admit that I was pretty offended when I learned that their new album was not in fact being released in October 2010 but had been pushed back to January 2011.  The release of this song today might just satisfy me until I see them in concert on 9 October 2010 at The Palace.

This is what the band had to say on the  Does It Offend You, Yeah? website today:

Hey! We've been writing an album for nearly two years, whilst trying to fit in touring as well. It's been a rollercoaster ride for us with ups and downs (as well as lefts and rights). We're just in the final processes of putting the album to bed, so as a treat to you guys who've supported us at clubs and festivals all over the world we're going to give this track + remix parts away for free.. (Shhh don't tell our label). All we've got to do now is wait on a few sample clearences and go to mastering.

This track is called We Are The Dead. It's been through more re-writes than the "Ghostbusters 3" script. We hope you like it, we'll post more details on our new album "Don't Say We Didn't Warn You" soon.

I clearly remember them playing this song at Exit Festival.  I’d been awake for nearly 24 hours and was already bouncing around to every single song but when this song came on… well, I just went absolutely ballistic.  As did the whole crowd by the way and by the end of the weekend, everyone was talking about the now legendary DIOYY set. 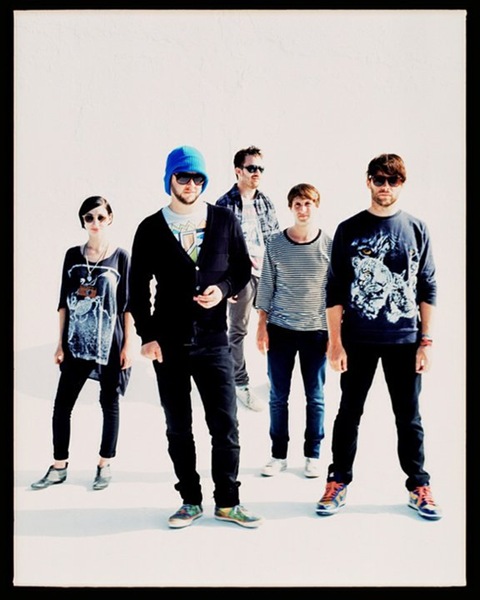 We Are The Dead by Does It Offend You, Yeah?

You can download the new song my clicking on the down arrow (below “info”)above.

DIOYY are inviting people to remix the song so you can visit the Does It Offend You, Yeah? Soundcloud page to download 19 remix parts of the song.  I cannot wait to hear all of the remixes!!!

DIOYY, I’d just like to say that today I love you long time.