After a short break of just two years, British indie rock outfit Keane return with an eight-track EP Night Train.  Hailing from East Sussex, Keane are Tom Chaplin, Tim Rice-Oxley and Richard Hughes.  The darlings of the British indie music scene, Keane have experienced phenomenal success both in the UK and worldwide with their first three albums selling over ten million copies.  While each album has seen stylistic shifts, Keane have become known for Tom Chaplin’s trademark voice and Tim Rice-Oxley’s sweeping melodies.  With Night Train, Keane hope to break through the indie rock label and try out new sounds and styles.  While most indie rock bands fizzle out after their debut, can Keane repeat the magic that has captivated their fans since their 2004 debut Hopes and Fears? 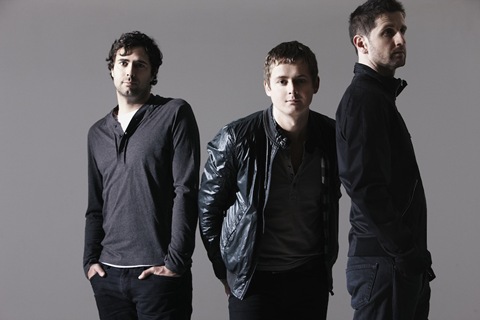 The album opens with the musique concrète introduction “House Lights”.  Keane have often leaned towards uplifting and upbeat songs in the past but “House Lights” gives an expectation that the album will be perhaps darker and more complex.  This is somewhat confirmed with “Back in Time” with its dramatic synthesiser melodies and anthemic vocals.  The band collaborate with Somali/Canadian rapper K’Naan on the next track “Stop for a Minute”.  This is the first single from the album and will no doubt garner a lot of radio play but I thought it was pretty disappointing.  It is definitely a Keane song with its uplifting and positive sound and Tom’s unmistakable voice but we’d been promised something different with the first two tracks.  Furthermore, although acts like Gorillaz and Dan Le Sac vs. Scroobius Pip seem to have succeeded in bridging the gap between the indie rock and hip hop genres, I don’t think the rap works in this track. 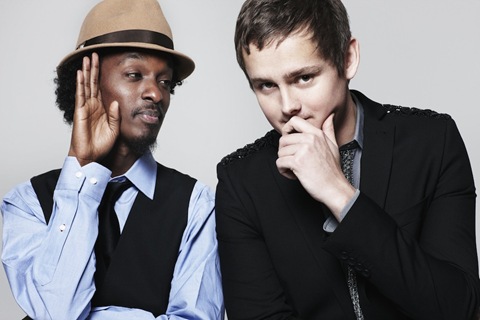 Things definitely pick up again with “Clear Skies” though.  The track has an urgent feel to it with quite a funky beat and it is one of those songs you want to hear again as soon as it is finished.  “Ishin Denshin (You've Got To Help Yourself)” is the second collaboration on the album and features Japanese baile funk MC Tigarah.  The song has a definite Japanese sound to it and seems to work a bit better than the first collaboration before becoming but is a bit silly and repetitive in the end.

“Your Love” features a rare lead vocal from Tim Rice-Oxley.  This song reminds of their first hit “Somewhere Only We Know”.  The next track “Looking Back” is the second collaboration with K’Naan on the album.  It starts off interestingly enough with 1960s-style brass sound and it is quite a nice song but once again, as much as I like hip hop, I just don’t think the rap works in this song.  The EP closes with “Your Shadow” which is a touching finale to this short album.  This is a good, solid song but I couldn’t shake the feeling that I had heard it somewhere before. 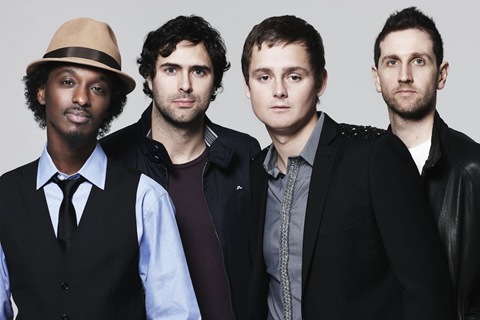 The band have admitted that they didn’t put too much effort into this EP and it was recorded while they were touring.  Rice-Oxley stated that “All of these songs were recorded with a spirit of ‘Why Not?’.  We didn't labour over making this record, or worry about it, we just enjoyed experimenting with things”.  It is a pity because I think this shows in the EP and I have to wonder why they didn’t just hold out for a full studio album with better material.  Some of the songs just don’t work and others sound like a Keane jam session.  Keane have long been one of my favorite bands and I will keep listening to the better songs on the EP but perhaps it is time for them to return with an edgier, more mature sound.

Being that I liked four of the eight tracks, I give the album two and a half stars.

Article first published as Music Review: Keane - Night Train on Blogcritics.org.  I was provided with a copy of the CD to review and all opinions in the review are my own
SHARE:
Posted by Mandy Southgate at 9:35 pm