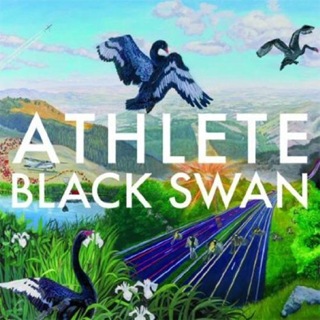 Athlete are an indie rock band hailing from Deptford which is just outside of central London in England and they are known for their brand of emotive rock mixed with electronic sounds.  Their first album Vehicles & Animals earned them a Mercury Music Prize nomination in 2003 and the passionate single “Wires” from their second album Tourist won the Ivor Novello Award for "Best Contemporary Song” in 2006.

Their third album Beyond the Neighbourhood was released in 2007 and was viewed by many as somewhat of a disappointment.  While Athlete had been quirky and imaginative with their first two albums, it seems that they were aiming too much for the radio-friendly sound that would appeal to the mainstream.   That criticism alone could have caused many a band to falter and enter into a never ending cycle of trying to please their fans.  Instead, Athlete have returned with a solid album that reflects the turmoil, excitement, disappointment and achievements of the past three years.  It is not unlike a piece of art that will have listeners pondering over the inspiration for each song on the album. 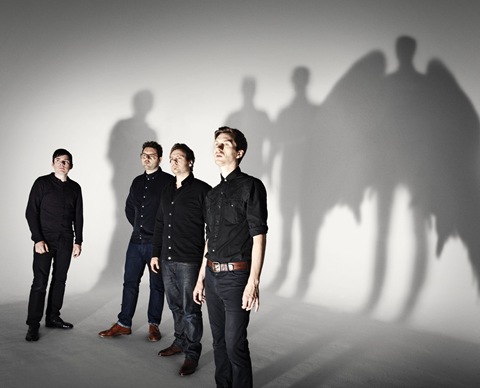 The album is called Black Swan.  The “Black Swan Theory” describes the idea that something we once thought was impossible could be found later to exist.  (It derives from the idea that black swans were once though to be impossible but were later discovered in Australia).  This is an idea that appealed to the band members of Athlete.  "Millions of people had looked at the world in a certain way for so long," says Athlete frontman Joel Pott, "but it only took one sighting to blow it all apart."  Athlete have adopted this idea as the central theme for their latest album to explain the devastating effect that such events can have on the lives of people.

For this is not simply a random selection of ten songs designed to generate massive radio play and album sales.  In 2008, Athlete parted ways with their label Parlophone in the midst of the near-implosion of EMI.  Everything they worked for in the past four years suddenly amounted to nothing but by some major stroke of luck, they had already built their own studio and could start recording new songs.  It still meant that resources were limited and they had to embark on an American tour without drummer Stephen Roberts.  Indeed, there were times when they knew that they could only afford one more payment on their mortgages.

Another stroke of luck meant that the regarded producer Tom Rothrock (Foo Fighters, Elliot Smith, Elbow, Beck) was willing to work with them despite the absence of a label but that meant that the album was essentially mixed online as Tom was in America and the band were in England.

On the personal front it was a difficult time too as the band lost close relatives and two of the band members found out that their wives had miscarried on the same day.  There was another miscarriage scare while the band was on tour in America as well as the normal trials and tribulations of family life. 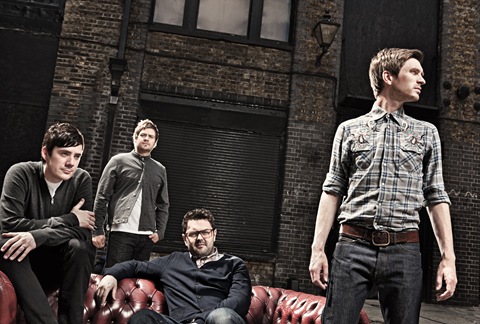 So what of the album that has emerged from all of this bedlam?

Listening to this album is like going on a journey with the band and everything they have experienced in the past couple of years.  There is a theme running through the album of inspiration, overcoming adversity and pushing through the overwhelming odds stacked against you.  This is expressed in the uplifting and positive opening track “Superhuman Touch” and the determination of “The Unknown”.   There are energetic songs which speak of love and the joy of family, such as “Light The Way” and “Magical Mistakes” but there are also moving songs speaking of loss, insecurity and pain, such as “Black Swan Song” which is about the death of Joel’s grandfather and “Don’t Hold Your Breath” written about when his wife was admitted to hospital with a possible miscarriage.

The strongest song on the album and the one which I could easily play on repeat is “Love Come Rescue”.  This is a powerful and moving song that reminded me of the super ballads of U2.  My only complaint is that it is too short.

Athlete sounds a lot like other bands in the indie rock genre.  There are shades of Snow Patrol and Keane running through the album and indeed, U2.  It is clear that they put all of their hearts and souls into this album and this is reflected in the deep, thoughtful lyrics.  The album is cohesive and easy to listen to but it seems to be missing a sense of the band’s identity, that sound that makes them undeniably ‘Athlete’.  I like it when bands shake it up a bit and explore new areas but they really had something with “Wires” that seems to be missing on this album.  I think this is an album that fans will love but I am not sure if it will win over too many new fans.

Perhaps now that they have signed onto Polydor’s successful Fiction imprint, some work can be put into building up their image and identity.

You can listen to the first single from the album, “Superhuman Touch” below.