Music Review: Hypernova - Through The Chaos 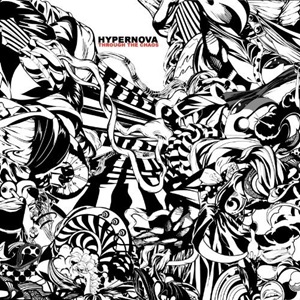 Imagine a world where your vote doesn’t count, rock concerts and dancing are forbidden and cultural expression is repressed.  Imagine if your president banned all Western music from state-run airwaves and where playing rock music could lead to fines, imprisonment or even public flogging.  This is the reality facing young people in Iran and the setting from which one of the strongest rock bands in years has emerged.  Unlike the star that they are named after, Hypernova is in no danger of collapsing anytime soon.

Hypernova is a four-piece band originally hailing from Tehran, Iran made up of vocalist Raam, Kodi on guitar, Kami on drums and Jam on bass.  The band were regulars in the underground music scene in Iran and played numerous secret gigs before making an exodus to the United States.  Now based in New York, their explosive gigs have been gaining attention and their debut album Through The Chaos has been released this week.

It is difficult to pin down Hypernova’s sound as it moves through a variety of styles and deals with themes ranging from the repression in Iran to songs about love.   Hypernova describe their sound as "a futuristic version of Joy Division meets the Chameleons with a little bit of Che Guevara".  At times, there is a definite old school gothic sound to some of their music, reminding me of Paradise Lost and The Sisters of Mercy and in fact, Hypernova opened for the latter on their tour of the US in 2008.  Other songs have a more indie rock feel to them and Raam’s distinctive voice puts me in mind of Interpol and Editors. 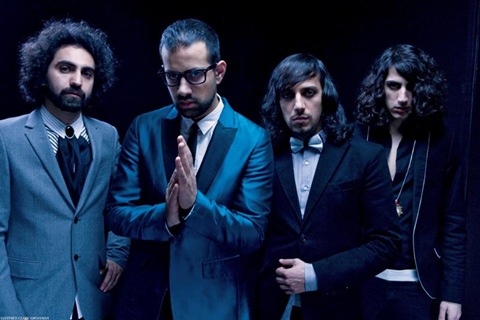 Whatever their influences and however you define their sound, Hypernova are a solid rock band with an energetic and distinctive sound.  The band members are acutely aware of how much they have sacrificed to be where they are but the album is not all about politics and social commentary as Raam explains: “There are a number of things that we touch upon in this album, whether it be social and political themes or just songs about love.  Mostly the songs are about our own lives and all the stuff we've been through to make it here to the States. It all started from a dream we had back in the underground to one day come and play just one show in New York. We faced so many difficulties to get here but never gave up and always stood strong in the face of adversity.”

Through The Chaos starts off with the energetic “Universal”, a song replete with grinding guitars and classic indie basslines.  The powerful anthem “Viva La Resistance” follows and there is no doubt that this song is about the situation in Iran.  The lyrics refer to defying the guns and lies, “dancing like you’ve never danced before” and feeling like you’ve never felt before.  It is without a doubt the most kinetic, relevant song of protest I have heard in years.  A theme emerges in the album as they describe literally having to fight for their right to party in a way that the Beastie Boys couldn't have imagined in their wildest nightmares.  And it makes you want to join them.

The stage is then set for a powerful, emotive album that takes you from the dizzying heights of “Lost In Space” to the disarming depths of “Here and Now”.  While some albums tend to peter out in the last couple of tracks, Through The Chaos blows you away on the eighth track with the single “Fairy Tales”.  In a word, it is fantastic and the excellence continues with the unsettling “Monster In Me”.  The album closes with “See The Future” which is a perfectly upbeat way to end the album.

It is hard to apply superlatives and maintain a sense of professionalism and objectivity when reviewing an album but Through The Chaos was such a surprise that I am willing to take the risk.  It is more than where they have come from and how the band members have suffered for their art.  This is a brilliant album that will appeal to a broad range of music lovers.

Hypernova's debut album Through the Chaos was released on Narnack Records.  It was produced by Herwig Maurer and mixed by Sean Beaven (Nine Inch Nails, No Doubt, Marilyn Manson). You can listen to the entire album at Last.fm or you can listen to the Spinner Full CD listening Party.