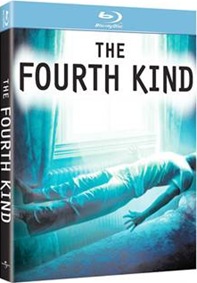 The Fourth Kind was meant to be the film that proved alien abduction theories once and for all.  Allegedly based on a true story and combined with actual video footage, this was meant to be the explosive film that finally lifted the lid on government cover-ups of alien abductions.  The Fourth Kind stars Milla Jovovich, Elias Koteas and Will Patton.

The film opens in 2002 with Dr Abigail Tyler sitting in therapy discussing the death of her husband.  Dr Tyler claims to have been in the room at the time of his death at the hands of an unknown knifeman but does not recall the face of his attacker.  Her therapist, Dr Campos, puts her under hypnosis but her recollections of her husband’s death are so severe and disturbing that he has to pull her out of hypnosis again.  She returns by plane to her secluded town of Nome, Alaska where she herself is a psychologist.

In her practice, Dr Tyler starts to receive near-identical reports of sleep disturbances and sightings of a white owl.  As she begins to investigate the similarities in these reports, a sinister theme begins to emerge and she decides to put her clients under hypnosis.  Events take a tragic turn with the murder-suicide of one of her clients and Dr Tyler struggles to prove that something sinister is occurring in Nome while becoming an increasing object of the local sheriff’s suspicions. 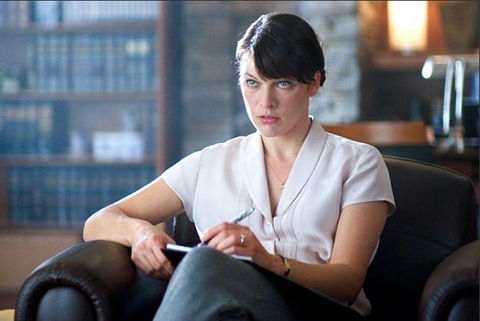 The Fourth Kind is pretty terrifying in parts and a lot of the footage is disturbing, as you are warned at the beginning of the film that it will be.  The film delves into ancient Sumerian language and artefacts that purportedly show UFO and alien-like images dating back to the 3rd millennium BCE.

It is also entirely unconvincing.

When watching films dealing with supernatural or alien phenomena, I am always ready to suspend disbelief for a couple of hours.  The problem with The Fourth Kind is not that I don’t believe abductions have occurred;  I believe that thousands of people have reported similar experiences and we don’t yet know the real explanation behind those experiences.

The problem with this film is one that brings down many science-fiction or horror films and that is bad science.  Were it just one or two isolated discrepancies, I’d be able to explain them away as mistakes made by “real” Dr Tyler herself but pretty much everything portrayed in the therapeutic process itself in the film is dodgy.  Dr Tyler breaks patient confidentiality on several occasions and reveals her suspicions behind one patient’s death to another patient.  Patients are pushed through highly disturbing recollections resulting in them being harmed and they are not properly brought out of the hypnotic state before being allowed to leave to offices.  Once again, these could all be mistakes made by the “real” character but most telling is the whole issue of hypnosis itself.  It is simply not possible to induce hypnosis in a highly disturbed and agitated patient as the process relies on them calming down and focusing on your voice. 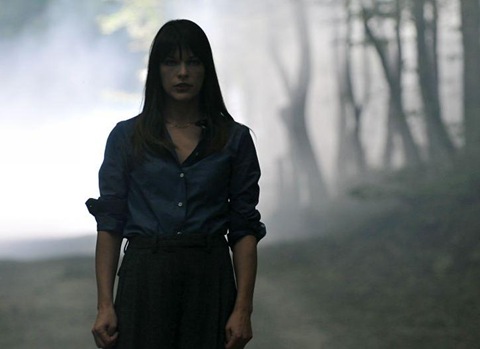 Then there is the contrast between the “real” Dr Tyler and Milla Jovovich.  Milla Jovovich is normally a really good actress but she doesn’t look or sound like the “real” Dr Tyler and this is jarring as the film continually skips back to the older footage.  I might as well mention at this point that there are strong suspicions that the “real” Dr Tyler was in fact an actress named Charlotte Milchard who was identified in the final credits as a Nome resident.  If that is true, then the plain fact is that Milchard gave a remarkable, inspired performance which unfortunately meant that Jovovich paled in comparison.

In a sense, it is quite disappointing that they presented the film in this way and used the technique of a mock-documentary.  If they had just focused on the plot and stopped trying to convince audiences that it was a true story, they could have delivered a pretty terrifying story.  Without giving the storyline away too much, the facets of the screaming, distortion and the Sumerian voices is pretty interesting and scary but this film was executed really badly.

The Blu-ray release of The Fourth Kind features deleted scenes which didn’t really add any value to the film.  In many cases, they were scenes that were redone as opposed to storylines that were left out completely and there were so many of them too that it got pretty monotonous.  Naturally, the Blu-ray browsing and navigation is infinitely more seamless than that of the DVD format and is a definite bonus. 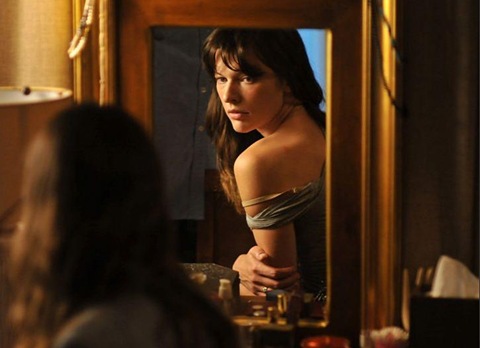 The greatest benefit of watching Blu-ray films is the enhanced video and audio quality.  The 1080p high definition quality of this release is most evident in the aerial scenes of Nome as we see breathtaking vistas of the mountains and the surrounding areas.  Colors and depth seem that much more striking and the image is noticeably crisper.  However, as this film relies so much on "archived footage" designed to look jumpy and grainy, I wouldn't say this is the best example of Blu-ray quality I have seen.

The audio is impressive with a 5.1 DTS-HD Master Audio track and it made for an incredible experience at one stage.  The alien was speaking in Sumerian and Dr Tyler reported hearing it inside her head.  As the distorted and furious voice rose, it almost felt for a time that I was enveloped in the sound and that the alien was inside my head.  Such is the benefit of a great sound system and Blu-ray technology 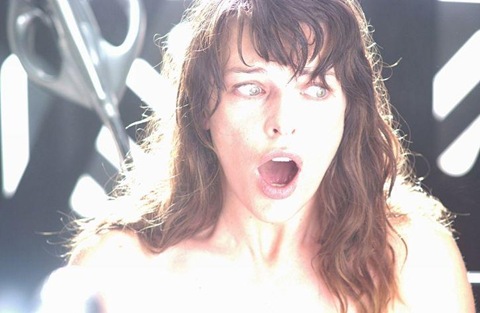 The best feature of the Blu-ray release is the BD-Live featurette which includes “The Four Kinds” and paranormal writer and researcher Marie D. Jones discussing the film and paranormal phenomenon in general.  Of course, she sounds bat crazy but it is a very interesting featurette.  Thank goodness for the iPhone application “pocket BLU” which now allows you to easily sign in to BD-live using the iPhone keyboard.

I wouldn’t recommend The Fourth Kind which is quite sad really as I am still thinking about the themes and plot of the film but it was badly done.

This review appeared first on BlogCritics.org.  I was provided a copy for review by SpecialOpsMedia and all opinions in this review are my own.