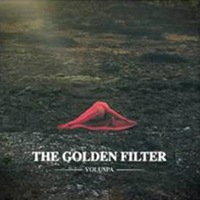 With a promise of magic and mystery, Voluspa is the debut album from New-York based electronic duo The Golden Filter.  This is a disco album for the New Age with songs about goddesses, mythology and the golden filter that separates us from the spiritual realm.  The Golden Filter are perhaps best known for their talented remixes of songs by artists such as Cut Copy, Little Boots and Empire of the Sun.  With their debut, the duo have plied these skills to balancing the ethereal sounds of vocalist Penelope’s voice with an upbeat, otherworldly electronic sound.  But just who are The Golden Filter and do they deliver on their promise?

Despite embarking on a world tour and appearances at Austin’s South by Southwest in 2009 and 2010, relatively little is known about this intensely secretive duo.  Penelope Trappes grew up in Lismore, Australia and Stephen Hindman was originally from Ohio, USA.  As neighbours, they formed the disco punk band Lismore with Penelope on vocals and Stephen programming and playing guitars.  Closer to Ladytron than their current New Age sound, the format was basically the same and they enjoyed moderate interest in their manic live shows before re-emerging in 2008 as The Golden Filter.  They recorded the song “Solid Gold” in July 2008 and after touring and collaborating for a year, settled down to self-produce their album. 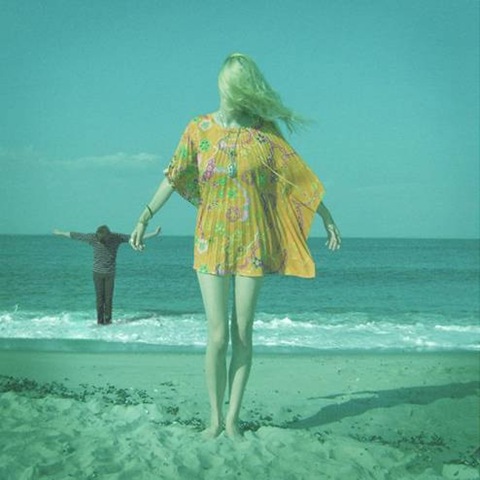 The album is surprisingly less dance-orientated than fans might have expected considering their collaborations and the music has a definite Eastern sound to it with drums, strings and bells.  Voluspa begins with the upbeat “Dance Around the Fire” which starts off relatively slowly and then rises to a crescendo of violins, tambourines and drums.  With this bold introduction, the album launches straight into “Hide Me”, which was released as the third single from the album on Monday, April 19.  This is another upbeat song with a definite electropop sound to it but in many ways it is similar to the first song.  The insistent, catchy bassline in “Look Me In The Eye” gives an edgy feel that saves the album from slipping into pop banality.  As the album continues, several strong songs such as “Stardust”, “Frejya's Ghost” and the definitive first single “Solid Gold” are interspersed with pleasant pop songs. 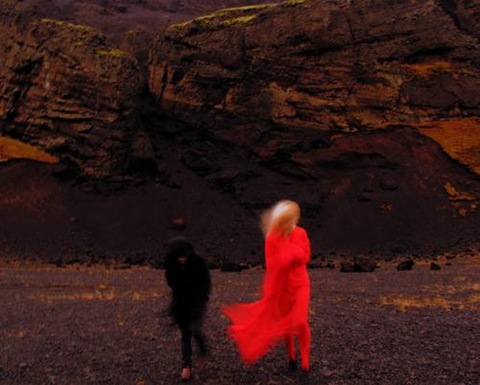 Voluspa aims to be so much more than your traditional New Age offering by Sacred Spirit or Enigma.  The Golden Filter have positioned themselves in the more popular arenas of alternative dance and indie electronic music but at the end of the day, this is really a pop album which isn’t really my cup of tea.  I would recommend that you give the album a listen though and make up your own mind and you can listen to the entire album using this super cool listening widget:

You can also listen to the whole album on the band’s website The Golden Filter and you can purchase individual songs on Amazon.com.  Also worth a look is the band’s Tumblr blog which features their original photography and an ongoing discourse with their fans.  You can see some of their amazing imagery on their site and on their YouTube channel  too.

Voluspa is due out on Brille Records (The Knife, Operator Please) on Monday, April 26th in the UK and it will be released in the US on June 15th.

This review appeared first on BlogCritics.org. I'd like to thank Anorak - London for providing a copy to review. All of the opinions in this review are my own and none of the links are affiliate links.