When will I learn my lesson?  When will I learn to ignore the reviews and to go see the films I want to see and make up my own mind?  I was so scared of being disappointed by Terminator Salvation, afraid that it would be as bad as Terminator 3, that I listened to the terrible reviews and waited months to actually watch the film.  Now, the only thing I am disappointed in is the fact that I didn’t go to see it on the big screen.

I know I usually wait until the end but I’ll start off by saying that I give Terminator Salvation four and a half stars; it loses half a star simply because it is not Terminator 2: Judgement Day.  It is possible that it is a film that only die hard Terminator fans will love but then that label would apply to me.

Terminator 2: Judgement Day (how do I love thee…)

Terminator 2 is officially my Favourite Movie Ever©. It was the first film that I went to see multiple times in the cinema and back in my days as a penniless university student, that was a huge accomplishment.  I don’t think I had even seen the original Terminator film but something about this film just touched me. 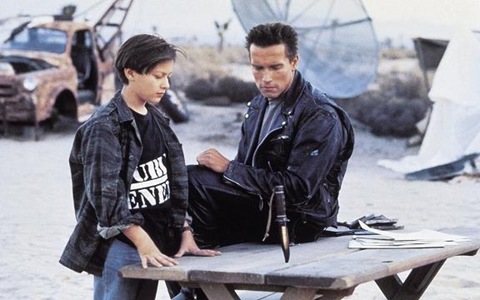 I absolutely loved Edward Furlong in his role as John Connor and I was duly petrified by Robert Patrick’s performance as the T-1000.  To this day, the score is one of my favourites and I loved the soundtrack too (especially Guns n’ Roses – You Could Be Mine).

This is one of those films that haunted me for months and I would even say that it is partly responsible for my heightened awareness from that time about the damage we are doing to our earth and the environment.  I never would have thought it would be so hard for me to put my love of this film into words!!!

The special effects were amazing, for the time.  My favourite scenes are when Sarah Connor is hurtling through the hospital corridors and begins backtracking when she sees The Terminator and he says “come with me if you want to live”.  I love it when the T-1000 pours himself into the helicopter seat and when he extends his arms into a sword and kills John’s foster mother.  I loved when they were flying through the drains on the motor bike and the scene above was one of my favourites too.

I try not to think too hard about Terminator 3; it was abominable and I am surprised they carried on with the franchise after that.  But I am so glad they did.  I enjoyed Terminator: The Sarah Connor Chronicles and I loved Terminator Salvation.

Terminator Salvation takes us back to the very beginning of the story which, in typical mind-bending Terminator style, occurs 34 years after the first Terminator film.  Set in 2018, John Connor is a simple unit leader in the resistance, certainly not one of the main power players.  What makes him different is his seeming ability to predict future events but this does not exactly endear him with his superiors.

What surprised me most about this film was not The Supreme Hotness that is Christian Bale (I am definite Team Christian by the way and loved his expletive-rich rant on set).  Don’t get me wrong, young Master Bale was gorgeous in this film [insert gratuitous hot photo here]: 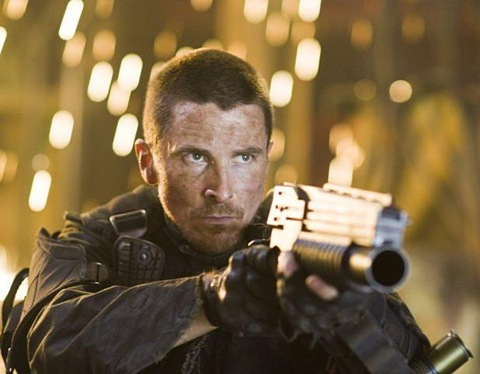 Having heard so many bad things about the film, I didn’t expect to find myself so deeply submerged again in the race to prevent the rise of the machines.  That post-apocalyptic air, the resistance fighters, the end of humanity and the absolute loss is what attracted me to Terminator 2 in the first place.  Of course, in that film it was implied but in Terminator Salvation it was very real.

I am quite a sucker for these types of stories anyway.  I loved the book Shade's Children by Garth Nix where body snatching machines use humans as pawns in their life-sized, chess-like games of strategy and I’m currently enjoying The Host by Stephenie Meyer.

Naturally, being a shameless fangirl with the full blessing of my partner to go forth and fall in love with celebrities, the best part of Terminator Salvation has to be [insert drum roll here] Sam Worthington as Marcus Wright. 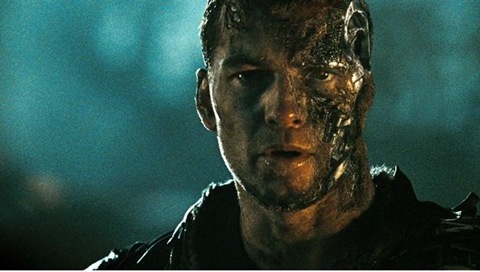 How is it possible that I didn’t notice this actor before?  He’s gorgeous!

My favourite scene in the film is where John Connor has to show Marcus Wright that he is a cyborg. 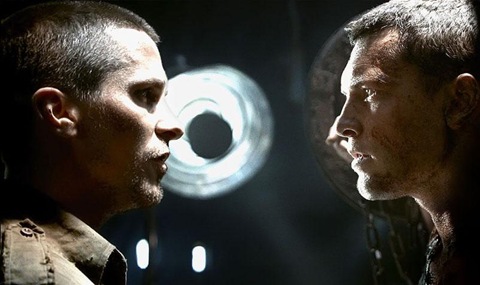 Anton Yelchin (from Huff and Alpha Dog) is brilliant as ever as a young Kyle Rees and Helena Bonham Carter is fantastic as the psychotic Dr Serena Kogan.

So where to from here?  As I’ve said, the only flaw in this film in my not-so-humble opinion is that it isn’t Terminator 2 and I have threatened family and friends with dire consequences if i don’t have a brand new Terminator Salvation DVD in my Christmas stocking this year.  As a massive fan, I loved this film and I can’t wait to watch it again.