There appears to be the slightest problem with my iTunes tonight. No matter how hard I try, I can’t stop listening to this song over and over and over again.

Now, if only I could figure out the bloody lyrics (not the main ones, those ones that no one else can figure out either). 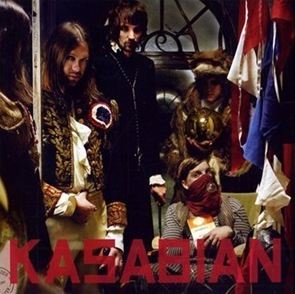 While we’re on the subject, can I just say that Kasabian’s new album West Ryder Pauper Lunatic Asylum is the best album I have heard this year? Seriously, it is in the same league as Klaxons’ Myths Of The Near Future (2007) and Elbow’s Seldom Seen Kid (2008).

I have long been a fan of Kasabian’s and was over the moon when I got to see them at Live Earth in 2007. I was jumping so much during their songs that I could barely take any photos or shoot any video. I just about had a triple heart failure when they played L.S.F.