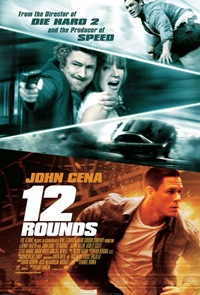 Stephen had seen a feature on the film and pretty much told me the entire story there at the ticket counter.  I think he assumed that I wouldn’t be interested in the story and to be honest, I had my doubts when I heard that it was a WWE film and it starred an ex-wrestler.

Despite that, I decided I had nothing to lose and we bought tickets anyway.  We went into the film expecting absolutely nothing more than to wile away another two hours at the movies as we had already seen Night at the Museum 2 that morning.

Well, we were pleasantly surprised.  This is a classic action, race against time film with Cena playing Detective Danny Fisher and Aidan Gillen playing the sociopathic genius Miles Jackson.  Jackson’s girlfriend is accidentally killed as the cops bring down his heist and he escapes from jail a year later to seek revenge against Detective Fisher.  He takes him through twelve rounds of near-impossible tasks and puzzles which Fisher must solve if he wants to save his fiancée.

Cena is surprisingly funny and not as wooden as I would have expected.  Aidan Gillen steals the show though. 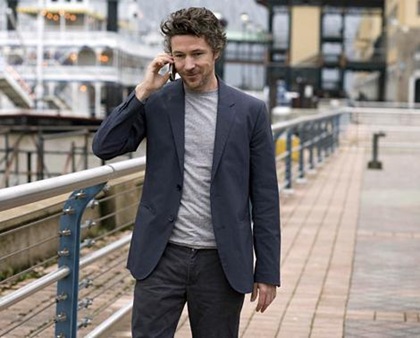 He is brilliant as the evil and unhinged Miles Jackson and his performance has me once again wishing I’d watched The Wire, in which he plays duplicitous Mayor Tommy Carcetti.

I really enjoyed this film and while it certainly isn't award-winning material, it was a good suspense thriller and two hours well spent.

I give the film 3 stars plus an extra star for turning me on to a New Favourite Actor.