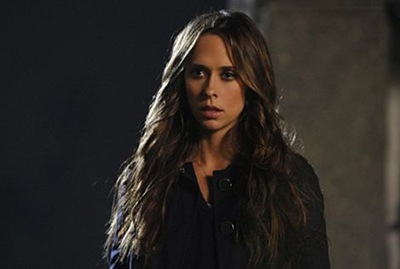 Ghost Whisperer used to be one of my favourite TV shows.  In fact, I used to count myself lucky that there was all this paranormal, fantastical fare on TV like Heroes, Supernatural and Ghost Whisperer, not to mention favourites like Prison Break and Grey’s Anatomy.

So what went wrong?

First, I have to say that I am such a fan and this was such a huge favourite of mine that I will give it a chance next season and I am glad it has been renewed.  [Here comes the but…] But, this was the worst season in Ghost Whisperer so far and I absolutely hated the storylines and character development.

I miss Professor Rick Payne (played by Jay Mohr) and I really, really hate Jamie Kennedy in his role as Eli James.  I think he comes across as insincere and the guy cannot act.  Also, the fact that Jennifer Love Hewitt ended her relationship with her fiancé to be with Jamie Kennedy just makes me ill, quite frankly.

Then the whole idea of Jim dying and refusing to cross over was bad enough but then Jim’s ghost jumped into the body of a dying man (how convenient) but then Dead Guy Sam didn’t actually remember Melinda (is my writing starting to confuse you?  Don’t worry, I felt the same about the writing of this season’s storyline).  So where were we? Oh yes.  The gorgeous David Conrad was kept around because even though Dead Guy Sam thought he was, well, Sam, Melinda knew he was really Jim and so we kept David on our screens. 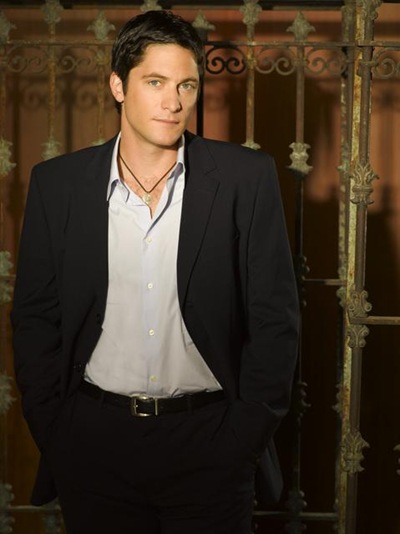 Now it is no secret that I am a complete wench and often sanction the sacrifice of a plot in the pursuit of good eye candy, but even I have to draw the line at some point.  This went far beyond the suspension of disbelief and dramatic license – the storyline was getting ridiculous and we were willing to lose the gorgeous David if it just meant wrapping it up.

Alas, no.  Dead Guy Sam bumps his head or nearly drowns trying to rescue Melinda or something and suddenly he is Jim again.  How truly convenient!  Then, wonder of wonders it seems that Melinda is pregnant (and the baby is Jim’s, how vanilla!)  Yawn.  I can’t be bothered to go on about this – I hate this storyline and so did most fans.

Unfortunately, in the lamest season finale in television history, we have a hasty story about some colleague of Eli dying and some book is introduced to the plot and Melinda is having a boy and Dead Guy Sam / Reborn Jim and Melinda quickly get married in the town square with the whole population of ghosts in attendance… and yes, my long, unpunctuated sentence is meant to reflect the protracted, contrived, badly sequenced experience of the season finale.  It was terrible.

So, for season 5 of Ghost Whisperer, I have a couple of requests:

- Teach Jamie Kennedy to act or better yet, arrange some freak ‘paranormal’ accident on set and have him killed off.

- Camryn Manheim (who plays Delia) used to be a good actress.  Please use her and make her onscreen son, Ned, interesting.

- Clean up the Dead Guy Sam / Reborn Jim story.  Please, please, please.  Make it a bad dream, make it a miracle.  Whatever, just stop showing me his ugly reflection the whole time.

- And try not to steal from Charmed / Rosemary’s Baby / the Bible / Breaking Dawn too much with the whole baby storyline.  I get that he will be special but let’s not lose the plot completely.  Please.  That means no more kittens, no super powers, messiah complexes or saving the mother from within the womb.

I think that about wraps it up then.  I really hope I’m not sitting here in a year’s time conducting a sticky post-mortem on the show.