About three things I was absolutely positive. First, this was officially the first chick-lit murder mystery book I had read. Second, I absolutely had to know who had committed the crimes. And third, I wanted nothing more than for the heroine to get the hero by the end of the book. 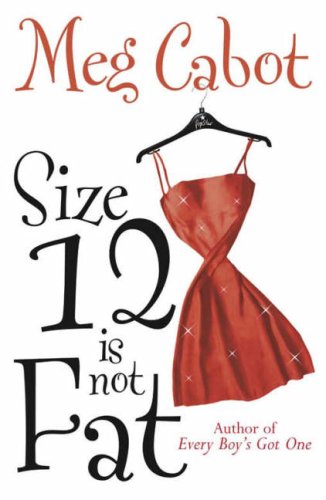 While we were travelling around the countryside on our road trip, I noticed a Meg Cabot omnibus for £3 comprised of Size 12 is Not Fat and Size 14 is Not Fat Either. I had never heard of Meg Cabot nor had I read a book of the chick-lit genre before but I needed some light reading after all of that travelling and on account of my flu.

The thinly disguised comment at the beginning of this post has to do with my dawning realisation, very early on in this book, that Twilight by Stephenie Meyer was in fact nothing other than a chick-lit novel with a vampire lead male. Except that the leading women in chick-lit novels usually develop some self-esteem or sense of self-worth by the end of the first book (or at least the sequel!) and Meyer was quite happy keeping Bella at the vacuous, oblivious stage throughout most of the series.

With that massive tangent out of the way, I'll just say that Size 12 is Not Fat delivered. I needed something light and entertaining and that is what I got. A lot of readers found certain aspects of the book annoying, for example the lead character Heather keeps saying "dorm - I mean residence hall". Having read the Amazon reviews before digging into the book however, I was prepared for this and basically ignored it.

The book was good enough that I'm going to dig straight into the sequel (seeing as it is part of the same omnibus). I can't envisage reading too many of these books and will probably be gagging for something less vanilla after that but yes, perfect for now.