They're back! If you're a fan of Pixar's Monsters, Inc (and even if you're not) the big news is that the world of Monstropolis is returning to our screens on Disney+ on Wednesday 7 July 2021. Legends Billy Crystal and John Goodman reprise their roles as Mike and Sully and events in Monsters at Work begin shortly after screams were swapped for laughs at the end of Monsters, Inc. Produced by Disney Television Animation and inspired by the world of Disney and Pixar's Academy Award- winning Monsters, Inc, the series introduces new monster characters alongside returning favorites.

Even bigger news? I got a sneak preview of the first two episodes!

Tylor Tuskmon (Ben Feldman) graduated top of his class at Monsters University and lands his dream job as a Scarer at Monsters, Inc. Only problem? He arrives on his first day to discover that scaring is out and laughter is in and his skills are not exactly transferable. What's a young monster to do? 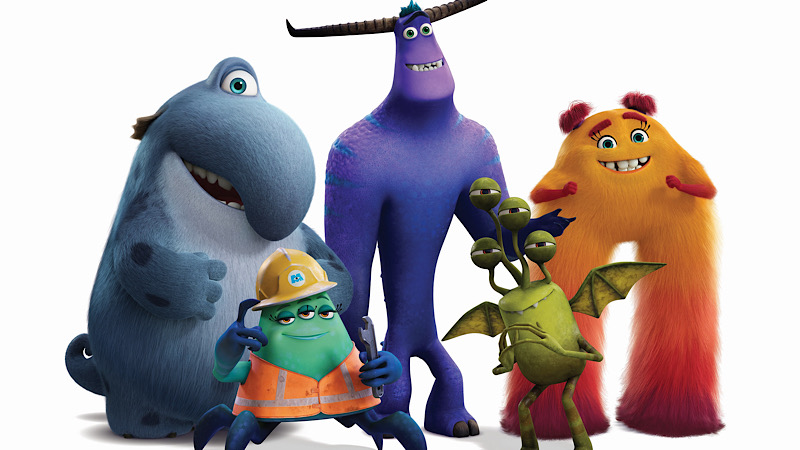 Tylor gets reassigned to MIFT, the Monsters Incorporated Facilities Team but like many before him, he's convinced he doesn't belong there. Will he find his place at Monsters, Inc before he causes utter mayhem? Only time will tell.

Tylor is initiated into MIFT and the team hope that he will become a fellow mift-fit. Meanwhile, Mike begins giving comedy classes in the hopes of getting more monsters on the laugh floor and he performs a hilarious skit on the dangers of comedy. 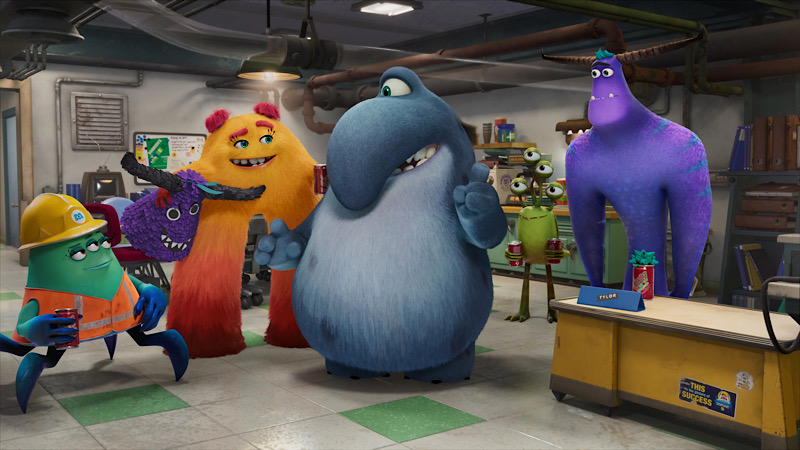 Monsters at Work is a lot of fun and a very welcome return to Monstropolis. As can be expected from Disney and Pixar, the animation is superb with incredible detail to the monsters. My favourite aspect is the eyes and how each monster has different experiences based on how many they have.

While we see less of Mike and Sully (and it's uncertain if Boo would ever return), the new characters steal the show and I especially enjoyed the supremely irritating Val Little (Mindy Kaling), Tylor's earnest MIFT-supervisor Fritz (the legendary Henry Winkler) and Tylor's mum Millie (Aisha Tyler).

Most importantly: will kids like it? I think they will. It's fun, irreverent yet very wholesome. This kid will be watching all ten episodes when they're released.

The first two episodes arrive on 7 July 2021 on Disney+ with episodes airing every week thereafter.