My first thought on finishing Tiffany D Jackson's Monday's Not Coming was joy, "so glad it's over" to be precise. There are four primary reasons for this, three of which drive my three-star review.

Monday's Not Coming is about two best friends Claudia and Monday, how Monday comes from a severely abusive home and how Claudia is seemingly the only person who cares when Monday doesn't return to school after the summer holidays.

It is one of the most ugly, devastating stories I've read, similar in theme and tone to Courtney Summers's Sadie, which I voted as my favourite book of 2019. The storytelling was also slightly similar but whereas Sadie utilised two timelines, Monday's Not Coming uses a very messy and convoluted four storylines. This shouldn't have been a problem but I listened to the novel on audiobook and have to admit that it would have been far better to read in written form to try anchor the various timelines.

I'm a great fan of audiobooks and Imani Parks did an exceptional job of bringing Claudia's voice to life but ultimately ten hours of audio was too long for this novel and I committed the cardinal audiobook-lover's sin of listening to the book at 1.25x speed. I just wanted it to be over. 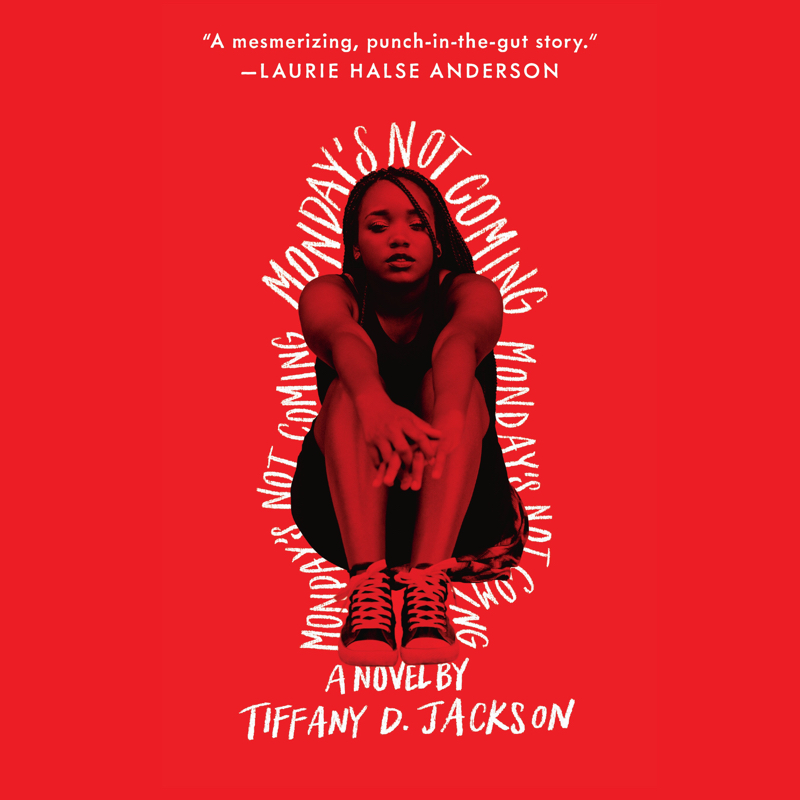 A lengthy audio narration and dark themes wouldn't have impacted my rating but the confusing timelines certainly did. What ultimately moved my rating from four to three stars was a very clumsy PTSD and amnesia twist. It was a twist-too-far to an already complicated story, a twist I felt was unnecessary to the outcome of the novel or the core themes of the novel itself.

I also didn't feel that it was particularly authentic; this is strictly my own experience but I actually did experience partial-amnesia following a bank robbery (20 years ago) and every part of my mind was screaming "it doesn't work like that" as I read this book. What Jackson is describing is a rare fugue state that would likely have required hospitalisation or at the least permanent adult supervision.

Ultimately, I give Monday's Not Coming an okay three out of five stars. What saved this from being a two-star review was Monday's story. Like Sadie, this is a story that will haunt me for some time after I've finished it.

Support local bookshops and buy Monday's Not Coming at Bookshop.org. You can also visit the Addicted to Media YA Fiction Bookshop to see my recommendations (note: both these links are affiliate links; I will receive a small commission if you purchase using these links at no extra cost to you).