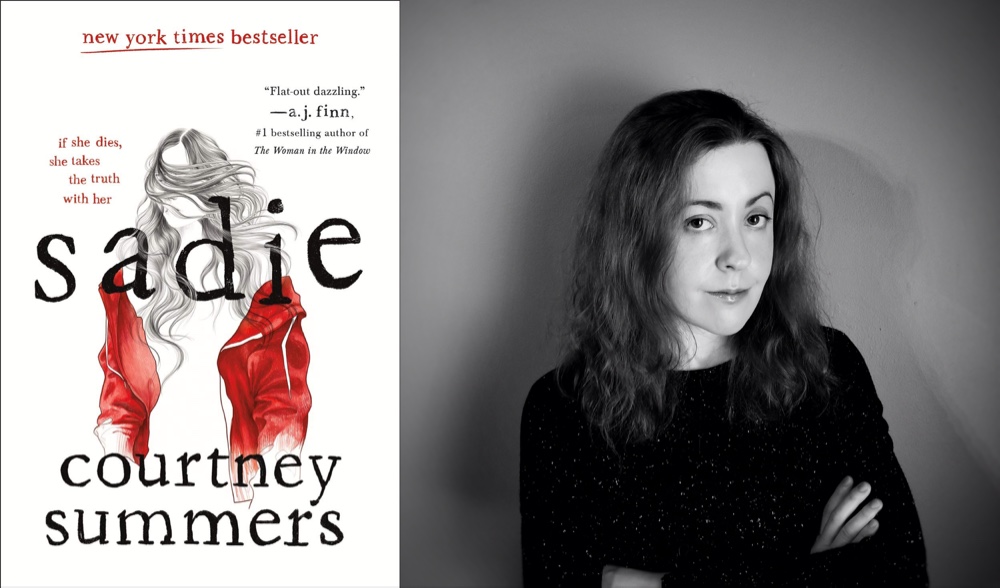 There are some books that are incredibly difficult to review. I usually find that they are the most powerful of books, those that elicit the strongest emotional response in me. When I finished the contemporary young adult novel Sadie by Courtney Summers, I felt like I was rapid-cycling through the seven stages of grief. I was initially shocked and then distraught; I was in denial because I wasn't ready to finish the book and bargaining because I've discovered I can still listen to the podcast tie-in; I was angry because of the themes of the novel (and more than a little angry at that ending) and I was a little guilty about the people I ignored so that I could rush through this novel. I'm not sure I can ever find acceptance in a book about child murder and abuse.

Mostly I'm just sad but I knew that no matter how jumbled this review might be, it is one that I need to get out and I very much want to recommend this book. Sadie is a book about a murdered girl and her missing sister, about two girls growing up in dire poverty and neglect, about opportunistic men and the women they exploit, and about a dark underbelly of humanity that feeds on the most vulnerable of children.

Sadie has been running since the day her sister was murdered. She is on a single-minded quest for revenge but the police simply don't care enough to investigate that she's gone. Against his better judgement, radio personality West McCray begins to investigate Sadie's disappearance and he forms a podcast "The Girls". Told in alternating chapters between Sadie and the podcast, Sadie is about the race to find the runaway girl as layer upon layer of her story is peeled away.

Sadie is absolutely superb. It is a book that has remained foremost in my mind since I finished it and I can't stop thinking about it. There are so many layers to this story, from Sadie's speech impediment to the family's grinding poverty to the abuse that the girls suffer. The topics are not light but the weight of them didn't stop me rushing through the book.

"She's ten years old and she's already fighting her own cries for help."

Books like Sadie represent the very best that young adult fiction has to offer, books that make the reader think, challenge and ask questions about the toughest questions. This is a contemporary novel focusing on the very real challenges that children face today and will definitely generate conversation in reading groups and classrooms.

"There are bills on the table, though. Past-due notices. Seeing them puts a knot in my stomach the size of a grapefruit. That sort of dread you don't ever forget once you've known it. The crushing panic of needing money you don't have. "

I give Sadie a superb five out of five stars and I would recommend it universally to those seeking superior young adult fiction.