If I thought finishing Station Eleven while a pandemic hit was bizarre, I have no words for reading a post-apocalyptic novel. In Josh Malerman's Malorie (sequel to Bird Box) our protagonist talks about people mourning the world they have lost, meanwhile in the real world, we've learned that it doesn't take an apocalypse to lose a way of life. 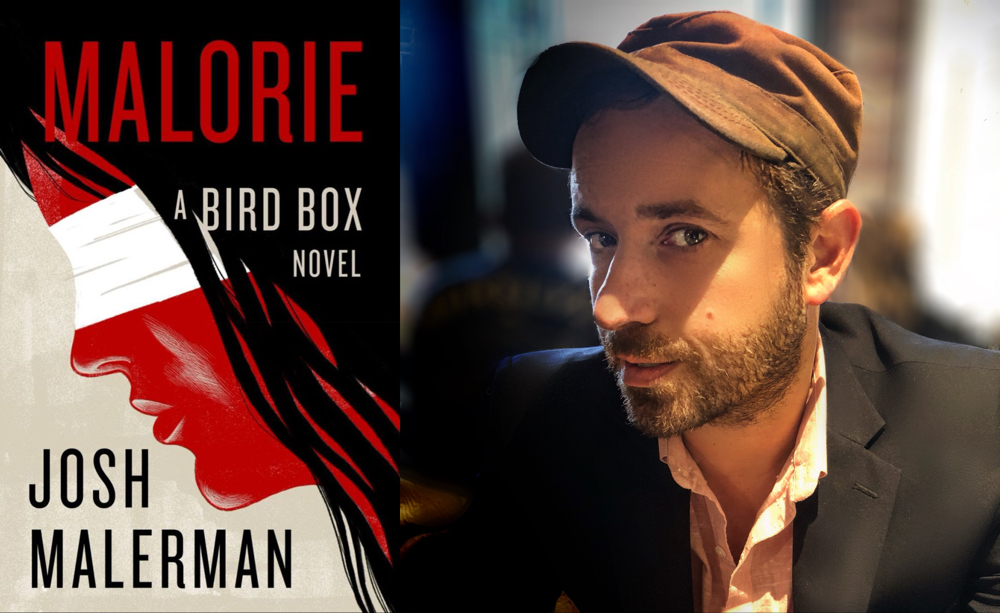 Malorie is set 17 years after apocalypse, a decade after the events in Bird Box. Boy and Girl, Tom and Olympia, are teenagers now and if you think the post-apocalypse will protect parents from teenage rebellion, think again.

A census man arrives on the doorstep where Malorie and the teens are hiding out only to be chased away by a terrified Malorie. He departs, leaving documents on the porch.

It is in these documents, disturbing glimpses into a world that they dare not see, that Malorie discovers that her parents Sam and Mary Walsh might be alive.

It took years to prepare for their journey down the river at the end of Bird Box but the maddening allure of the possibility of her parents being alive drives the family out into the world and on to the fabled Blind Train, travelling towards where the Walshes were last recorded.

I absolutely loved Bird Box, giving it a glowing 5 star review back in 2014 and remarking that it "couldn't be creepier if it was woven together with cobwebs and dust using rodent bones as needles". I want to say that I had high expectations for Malorie but the truth is that I didn't think Bird Box needed a sequel and I was happy to just read Malerman's other works instead (A House at the Bottom of a Lake is particularly good).

It turns out that my instincts were partially correct and I'm going to base my rating based on an average of several factors.

As a sequel to Bird Box

Two stars. Malorie definitely wasn't as good as Bird Box. Where Bird Box hinted and implied, Malorie told and explained. Bird Box was creepy, interesting and terrifying, Malorie rehashed a lot of what we knew already and was often dull.

As a horror story

Two stars. Bird Box terrified me. It was the scariest book I'd ever read, Malorie was not.

As a standalone post-apocalyptic novel

Three stars. Had I read this on its own, without expecting it to be particularly scary or live up to its predecessor, I would have rated it above The Road which I couldn't finish but far below The Walking Dead, The Survival Game or Wye. It's quite an interesting (albeit slow) quest, traversing a post-apocalyptic landscape while blindfolded and landing up on a Blind Train.

As a young adult novel (which it unexpectedly became)

Three stars. This is a strange addition but so much in Malorie focuses on Tom and Olympia, their rebelliousness and their desperation to see the world they have grown up in that I figured it deserved a rating as a YA novel and it does okay on this level.

On average, I give Malorie an okay two-and-a-half out of five stars, rounded up to three stars. I'm not entirely sure I'd recommend it but I'd definitely recommend Malerman's other works.

I listened to Malorie on audiobook narrated by Katherine Mangold who did a great job of capturing Malorie's fear and desperation as well as capturing distinct voices for the other characters.

I received an advance copy of this audiobook from Netgalley. The audiobook function is new on Netgalley and is very much in the beta stages. I was unable to download this or another audiobook using the iPhone app and ultimately had to download to my work Android phone. Not ideal.