Darren Charlton's 'Wranglestone' - Love In the Time Of the Zombie Apocalypse ★★★☆☆ 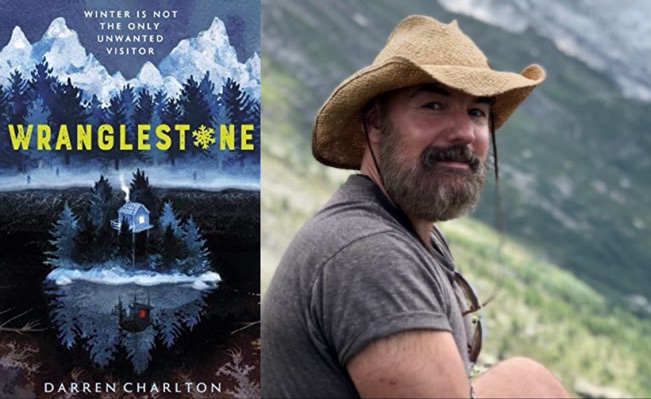 Fifteen years after the zombie apocalypse, an isolated community exists in a national park, surrounded by a lake, nervously awaiting what winter and the great freeze will bring. The First Fall celebration is a time of happiness for the Lake-Landers but also a warning of the hardship to come.

When naive homebody Peter welcomes a stranger ashore, he puts the whole community in danger and finally gives credence to those who have been insisting that he grow up and learn to protect Wranglestone. Peter has long watched Cooper from afar but now he is tasked with helping the boy herd the dead away from Wranglestone and into the wilderness.

Out there on the plains, Peter will discover that he isn't the only person who has been watching but that also isn't the only secret he will uncover in that vast wilderness. On a journey of first love and self-discovery, Peter will learn about the dark secret of Wranglestone and how they have been living a lie for fifteen years.

Darren Charlton's debut young adult novel has been described as a mix between Brokeback Mountain and The Walking Dead. As a huge fan of The Walking Dead, I loved the post-apocalyptic setting of Wranglestone, the depiction of the Dead, the memories of previous lives and the exploration of life in this frightening new world. The book often felt like TWD fan-fiction, but it had enough going for it, especially with the introduction of the Pale Wanderers, to keep it fresh and interesting.

The growing relationship between Peter and Cooper is beautifully written and shows great tenderness and love. I loved this aspect of the novel and how Wranglestone wasn't about the characters being gay but about gay characters having an extraordinary adventure in a snowy, post-apocalyptic wasteland.

I also liked the twist, the uncovering of the great lie that had kept the community isolated and controlled. Indeed, there was a great deal to like about Wranglestone but I felt really confused at the end. While I wouldn't say it was rushed, there were too many 'knowing glances' and loose ends to really know what was going on. Perhaps I would have been kinder had I known we were being set up for a sequel but in its execution, it felt awkward and staged.

It is with a fair measure of disappointment that I give Wranglestone an okay three out of five stars. Given my abundance of feelings in the first half of the book, I expected to love this. I did like a good deal of it but I was left seriously underwhelmed by the vague ending,having not appreciated that we were heading for a sequel. Perhaps I'll feel differently once I've read the sequel - I certainly hope so - I've been known to re-read entire series again to appreciate the whole story.

Wranglestone is published by Little Tiger Group and will be released on 6 February 2020.