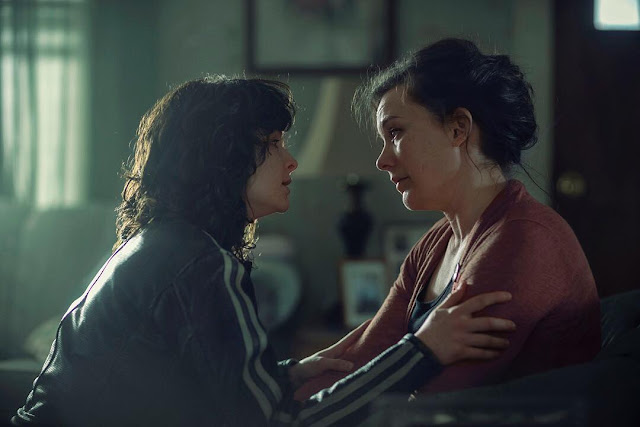 With only three episodes left of the first season, NOS4A2 drops a hectic episode with "Parnassus". It's a traumatic ride with out-of-control substance abuse, abduction and the threat of sexual assault. It's also difficult to write anything sensible about an episode like this without dropping any spoilers - especially at this point of the season - but I'll try.

Maggie has always been a highlight of the show for me and this episode shows the worst of her and the best of Jahkara Smith's acting. Things have escalated rapidly for Maggie since the disappearance of Sheriff Bly and she is hurtling towards rock bottom.

I know I'm meant to like Craig (Dalton Harrod), after all he's working class and not likely to challenge Vic like Drew did, but I really don't like him at all. I was wrong about him not taking advantage of Vic and she's hitting the drugs hard now that they are an item. Logically, I know the drugs help Vic sleep and keep the Christmasland nightmares at bay but Craig is a still nothing but a creepy stalker.

He's also a loser who can't find it inside himself to be happy for Vic now that she's got into RISD on a full scholarship. Of course it's all about him and how Vic's going to leave him behind when she goes away to college.

Speaking of losers, Bing is a sycophantic horror show and I cannot wait until he gets his comeuppance. The scene when he confesses his crimes against his parents and threatens worse against Vic was one of the most chilling I've seen. As always, Bing makes me want to vomit at the mere sight of him and Ólafur Darri Ólafsson does such a great job as the completely unhinged man child. 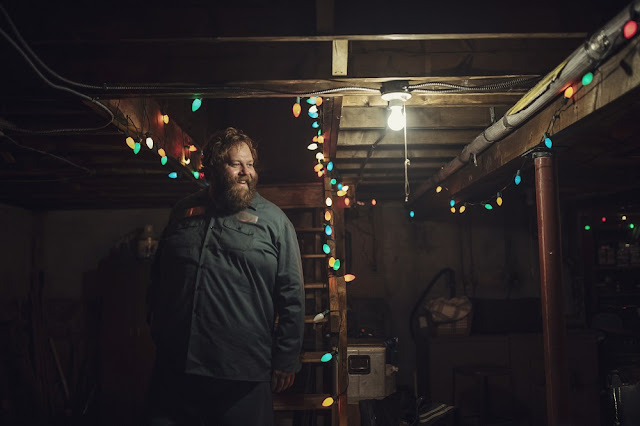 Vic continues to destroy her parents but strangely enough, it seems to have been a massive growth experience for Chris McQueen (Ebon Moss-Bachrach) who has stopped drinking and is trying to be a grown up. It broke my heart to see Chris being all supportive of Vic's RISD success, knowing she threw him under the bus to get there.

Linda (Virginia Kull) is typically less supportive, looking around the Brewster's house and telling Vic, "college or not, this is not us. I just don't want you finding that out the hard way". That resonated so much with me, that idea of being on the outside of wealthy people's lives as a teen and being told you can never enter.

Vic absolutely slays her mother later in the episode, telling her "you are an ignorant small town loser, no wonder dad left you" and "you're not stupid Ma, you're a coward". I don't know that she's right, Linda can only go by what she sees and no parent ever deserves to hear that their children think they're a cowardly loser.

Look at me, feeling compassion for the absolutely worst parents ever.

We enter the Parnassus (endscape or bar?) where Charlie meets an old friend Abe (Reg Rogers). Manx explains that he thinks Vic is special but he'd better hurry up then because Vic is still in Bing's clutches. Something tells me that Manx isn't evil as much as he is deluded because he has a grand idea about Vic returning with him to Christmasland to be a mother to his children. Abe tells him he's wrong, that he'll need to kill Vic and something tells me that's the option Vic would rather choose, if she had to.

The episode ends on one hell of a cliffhanger, with Maggie absolutely wrecked in every way. Can Vic reach her in time?