TV Review: NOS4A2 - “The Graveyard of What Might Be” 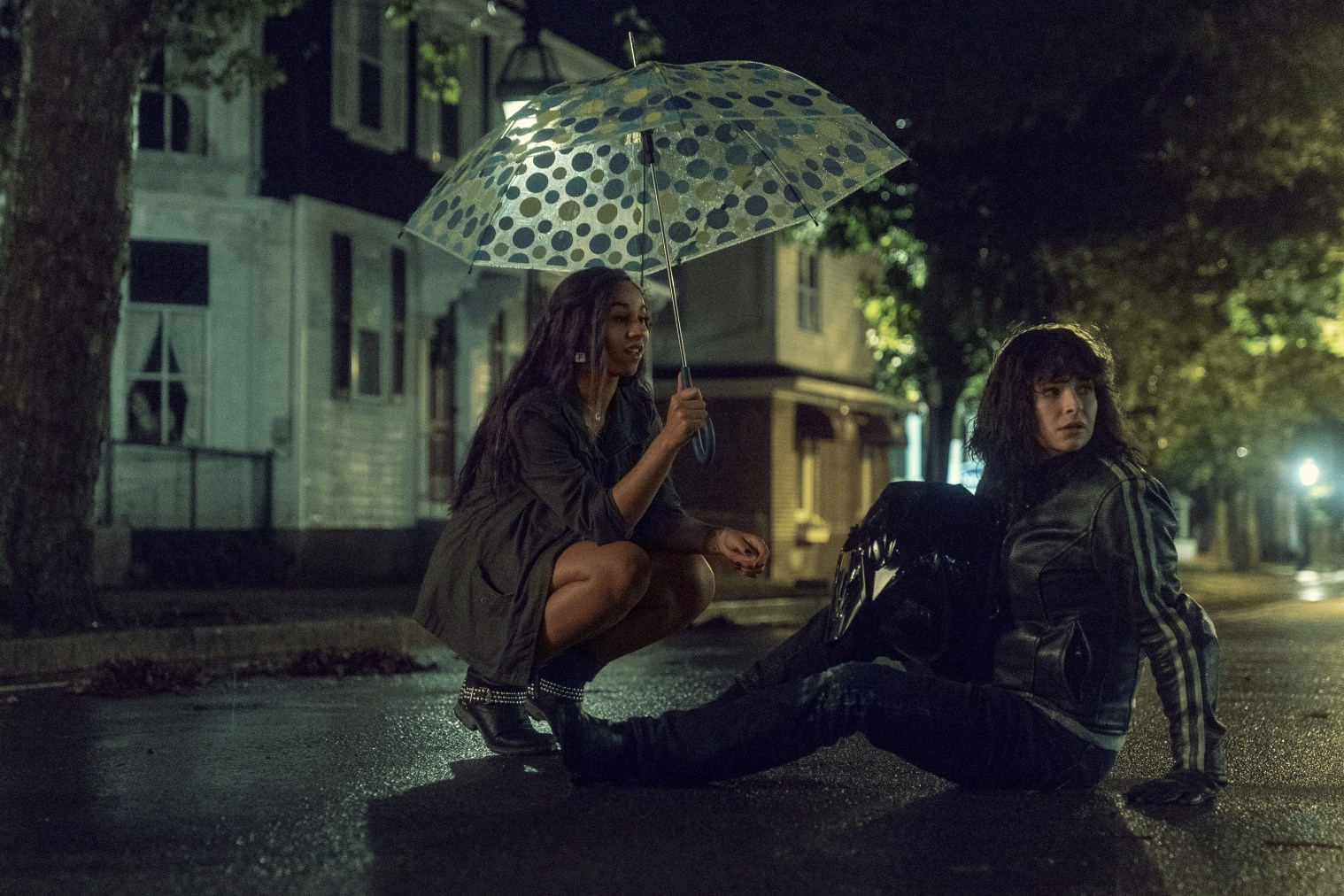 I had a feeling we'd be seeing more of school janitor Bing Partridge (Ólafur Darri Ólafsson) after the first episode and how right I was because the second episode of NOS4A2, is all about Bing Partridge and also Vic's parents' great split.

In "The Graveyard of What Might Be" Charlie Manx is drawn to Haverhill on a quest to locate the person able to find the Shorter Way but instead he sinks his claws into Bing Partridge who desperately wants to work at Christmasland.

With Bing in mortal peril and her parents' hostility escalating, Vic grabs her bike and heads as far away as she possibly can, which just happens to be Here, Iowa. Vic and Maggie finally meet and we learn more about Vic's ability and what it is costing her.

Vic: "So, what did you call my bridge before when we were outside?"
Maggie: "It's an endscape, it's a world dreamed up in your imagination. Everybody has them but only strong creatives can pull theirs into the real world with the help of a knife".
Vic: "My bike?"
Maggie: "Exactly. It cuts the fabric between the real world and the world thought and it allows you to access your bridge".

It almost seems like a spoiler; what's happening to Vic is not new but it is her specific gifts that Maggie requires in order to locate lost Daniel. Of course, it's not that easy because rapidly unraveling Vic has absolutely no intention of playing nicely with the strange and flamboyant librarian from Iowa.

NOS4A2 almost begins to take on a fairytale quality with talk of abilities and created worlds; is anyone else getting serious Heroes flashbacks? I say almost because suddenly we're reminded that this indeed is a horror series with a glimpse of the Graveyard of What Might Be and an insight into Charlie Manx's depravity. Long may the darkness continue!