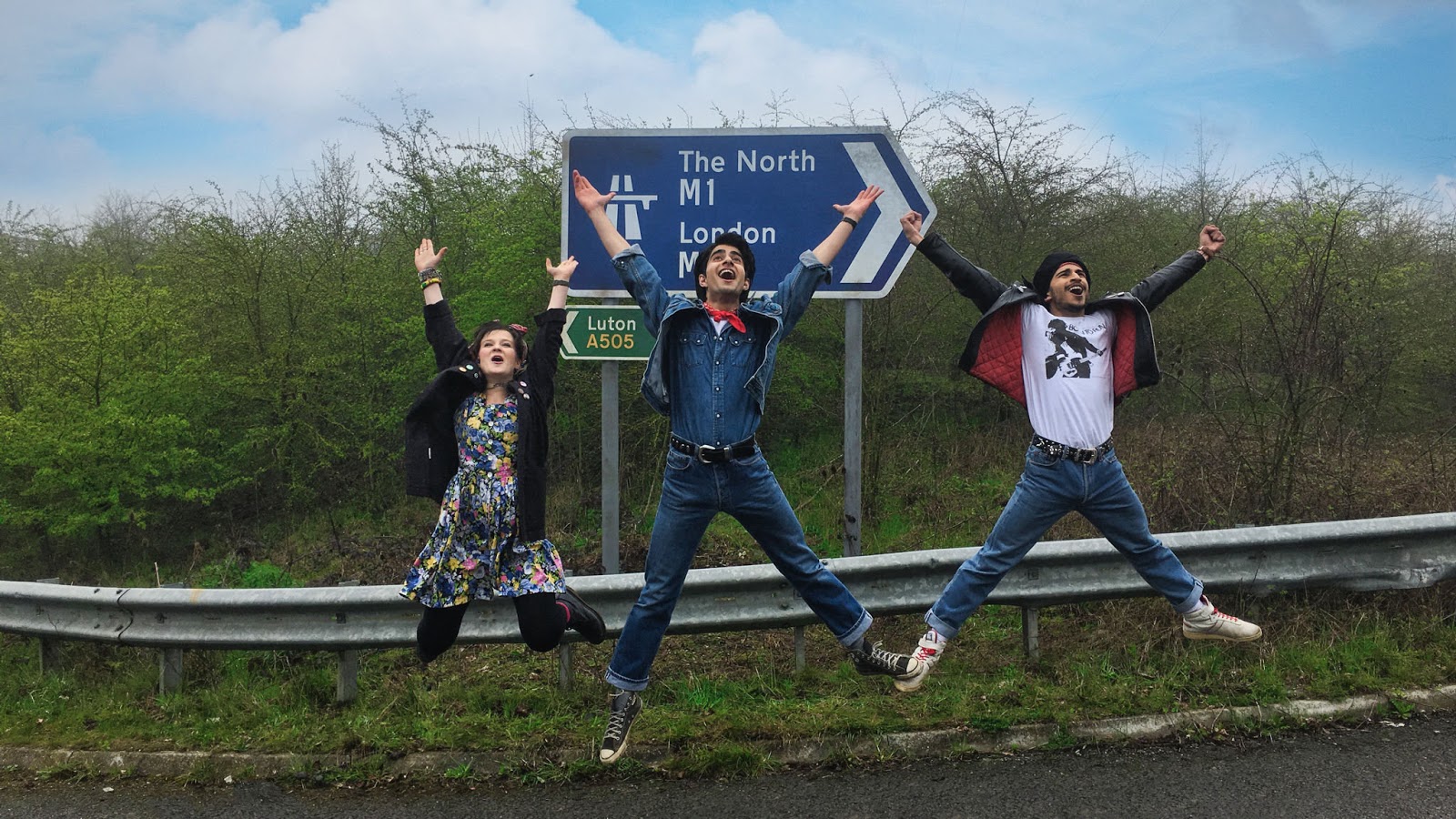 I loved the 80s and will watch any film (or TV series) that reminds me of what it was like to be a teenager in the mid-to-late 80s. Directed by Gurinder Chadha, Blinded by the Light is a coming-of-age film about a Pakistani-British teenager living in Luton in 1987 and how his discovery of The Boss allows him to find his own voice as a writer. It's an absolutely wonderful, uplifting, feel-good film.

😍😍😍😍 Blinded by the Light is so good! Such a fantastic, lovely, feel-good film. As relevant for today’s world as it was in 1987 #BlindedByTheLight @BBTLFilm

Javed (Viveik Kalra) and Matt (Dean-Charles Chapman) have been best friends for as long as they can remember but Javed's strict parents are driving a wedge between them and Javed feels like an outsider in Matt's world of girls, Ibiza and house parties. When Javed goes off to sixth form college to study economics English, he has to find his way in a crowd of brand-new faces and meets Roops (Aaron Phagura), a massive Bruce Springsteen fan.

Their meeting is momentous for it introduces Javed to a singer who really understands what he's going through and who understands the need to run as far away from suburban Luton as possible. 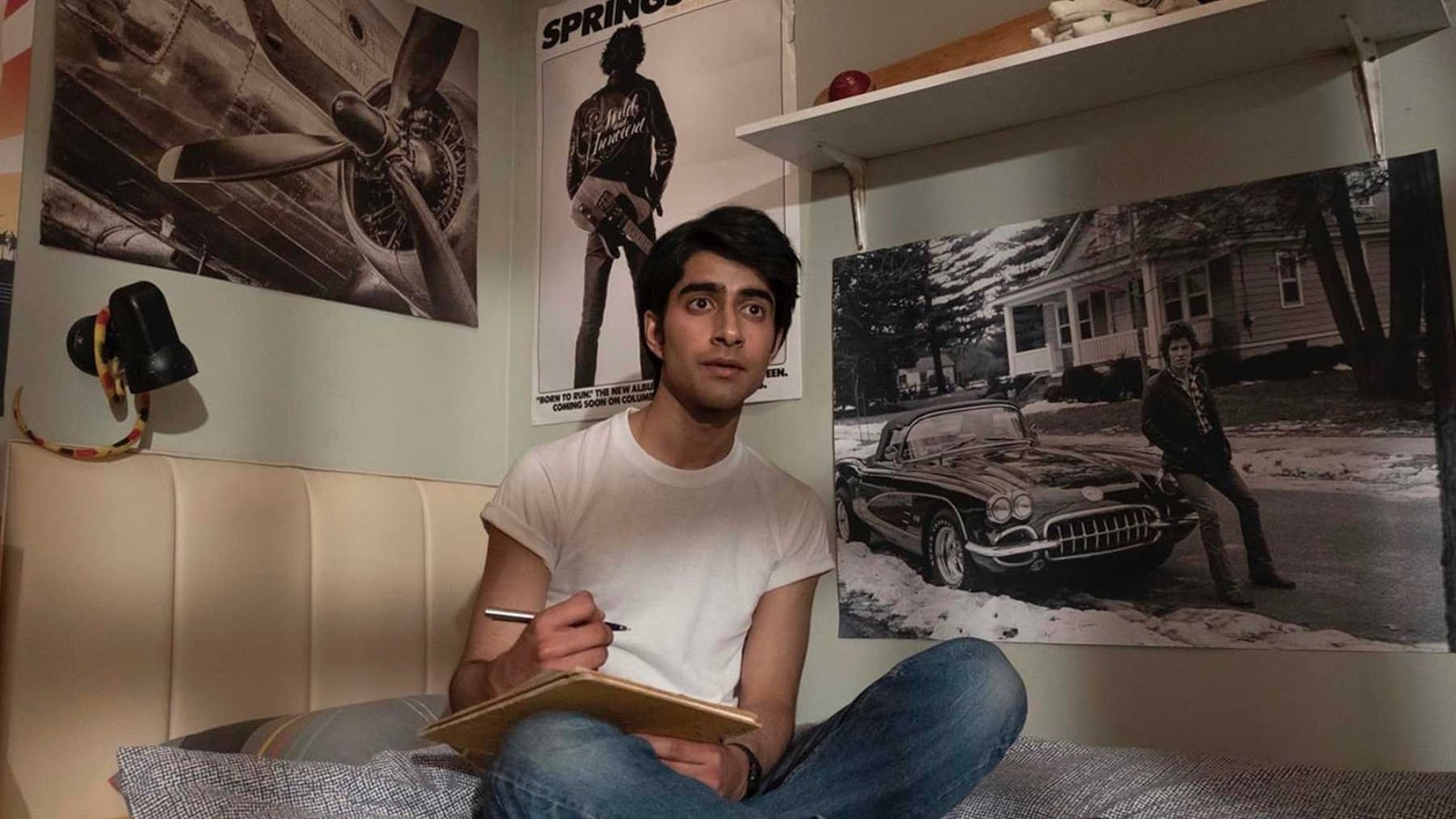 As Javed's world bursts open with change and possibilities, he discovers that he has a true talent in writing under the excellent guidance of his teacher Ms Clay (Hayley Atwell). In a film bursting with positivity and hope, Ms Clay stands among the greatest teachers of all time including Michelle Pfeiffer's Louanne Johnson (Dangerous Minds) and Robin Williams's John Keating (Dead Poets Society).

And then there is Eliza (Nell Williams), Javed's classmate and fellow English student who teaches Javed so much about friendship and acceptance while catching the Springsteen bug herself.

Set against a backdrop of Thatcher's austerity Britain, Blinded by the Light also tells the story of the protests and riots in the mid-1980s; factory closures, redundancies and endless dole queues; racism, the rise of the National Front and violence against minorities and what it meant to be a minority community. This part of the film was particularly poignant, not in how far we've come since that time but in how close we are to going back there.

Still, Blinded by the Light doesn't skip a beat and this is due in large part to the music. With a soundtrack full of Bruce Springsteen tracks (understandably) the film is also full of other 80s tracks that transported me right back to 1987. Cutting Crew's "Died in Your Arms" was a particular favourite of mine at that time.

Perhaps the best thing about Dangerous Minds was the excellent performances by every single one of the cast members. Hayley Atwell is deservedly a household name but I predict that Viveik Kalra and Nell Williams will be rising stars soon. Aaron Phagura and Dean-Charles Chapman were great supporting actors, as was Nikita Mehta in her role as Javed's sister Shazia. Finally, Kulvinder Ghir and Meera Ganatra gave touching, often heartbreaking performances as Javed's parents Malik and Noor. I will be personally offended if this cast doesn't clean up during the British awards season.

For being my top feel-good, all-dancing, sing-along and grin-like-mad film of 2019, I give Blinded by the Light a superb five out of five stars and recommend that everybody go see this at the cinema. If you loved Gurinder Chadha's Bend It Like Beckham, you'll love this too.