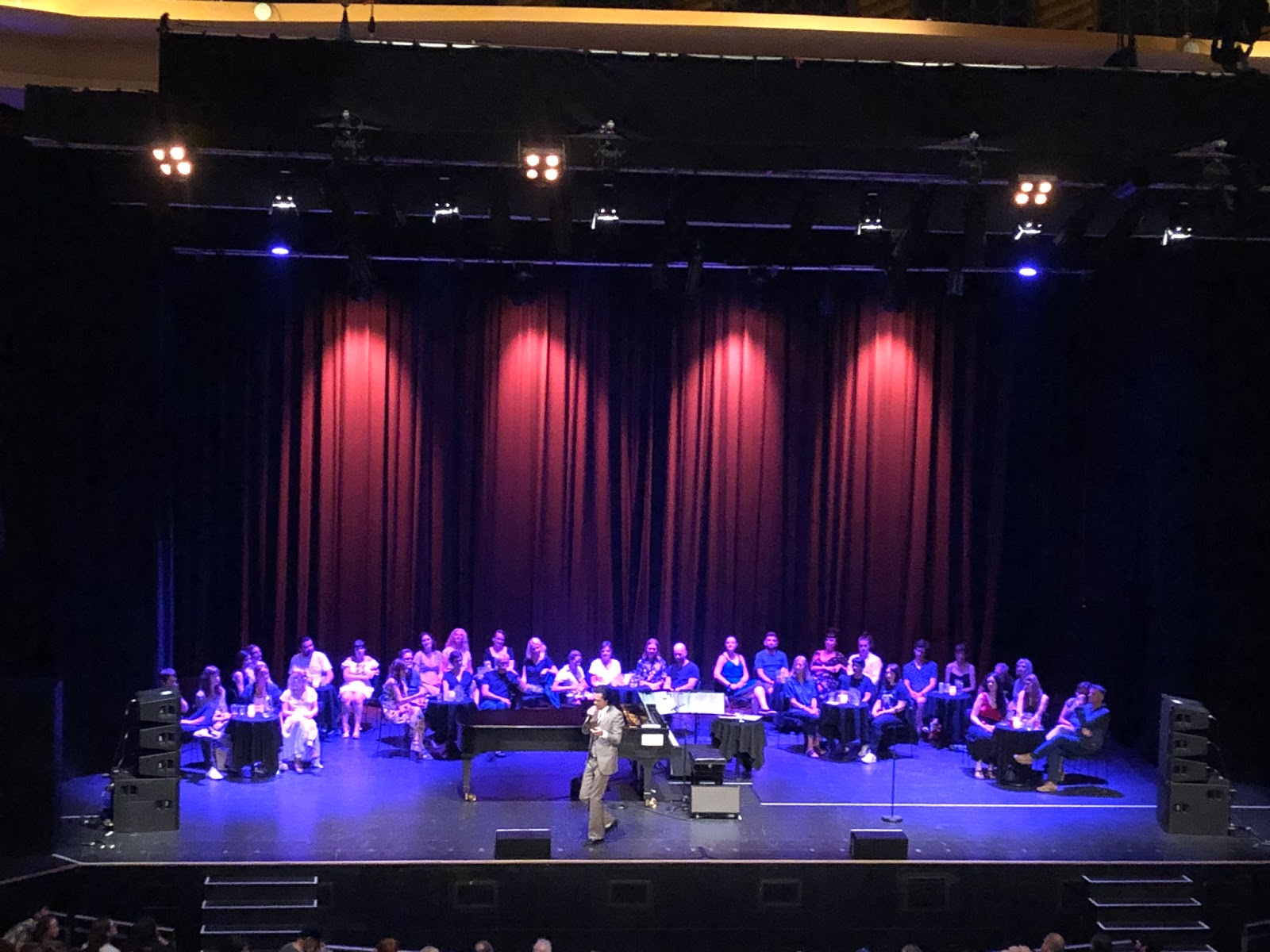 I went to see Conversations with Nick Cave at Brighton Done last night. It was an intimate event, with Nick Cave sharing such painful, private things, that it feels almost wrong to share what was said and discussed. I would like to record that I was there though and to note that it was a life-affirming, powerful evening that is playing over and over in my mind. I am never surprised when Nick Cave does something that makes me love him more than I already did and last night was no exception. My heart swells.

There was one question and answer that I would like to share because it went a long way to explaining what Cave is doing and why he began talking to his fans on his blog The Red Hand Files and in his 'Conversations with' events. A member of the audience noted that Cave often responds with extraordinary empathy when speaking to fans and she asked whether he doesn't suffer from empathy overload.

Cave responded that following the death of his son Arthur, he received an outpouring of support from fans and members of the public via letter and email. These people didn't know him but often they would share their own stories of loss and grief. He mentioned that it had changed him and it had saved him. He realised that he wanted to give back, to share that empathy in some way.

Cave took a moment to distinguish between empathy and compassion and said that what people really need when they are grieving is compassion, that person who just makes cups of tea or simply sits and listens.

He said that he realised that we are all the same, that we might not be there now but we will all experience grief and devastation in our lives.

It struck me that this might be Nick Cave's finest hour, for out of his darkest moment he has taken the time to create something beautiful and illuminating, to lift people out of darkness. Which is exactly what he has been doing since I discovered him at age 15.