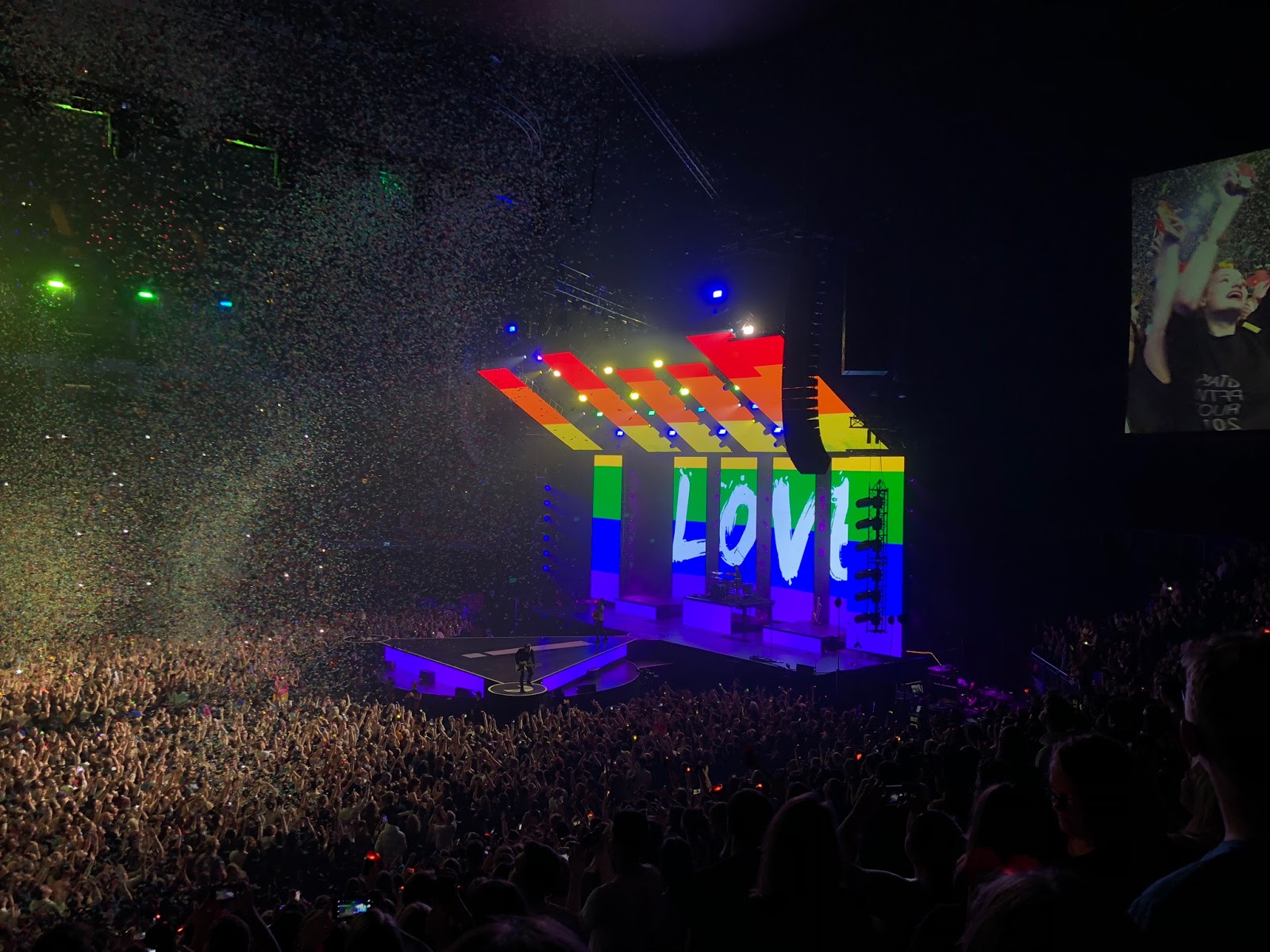 I've loved Panic! at the Disco since the very first time I heard "I Write Sins Not Tragedies" back in 2005. I loved their sound, their snarky, irreverent lyrics and the whole theatrical package. I've become quite picky about venues lately though and am totally over UK festivals so I was thrilled when they announced arena dates in the UK. Armed with super tickets (no mean feat at the O2), I've been counting down the dates for months.

We arrived part way through the first support, Arizona. They were okay but I didn’t really rate them. I did enjoy the second act Mø and will definitely be checking out her music in the future. Highlights were “Don’t Leave” and “Final Song”. It's clear the crowd were there for one reason only but Mø did an amazing job of getting the crowd going.

Panic! at the Disco

The anticipation in the O2 reached fever pitch when a ten minute countdown appeared announcing the start of the gig. The crowd had barely finished counting down the last 10 seconds when Brendon Urie exploded out of the stage and the gig began. 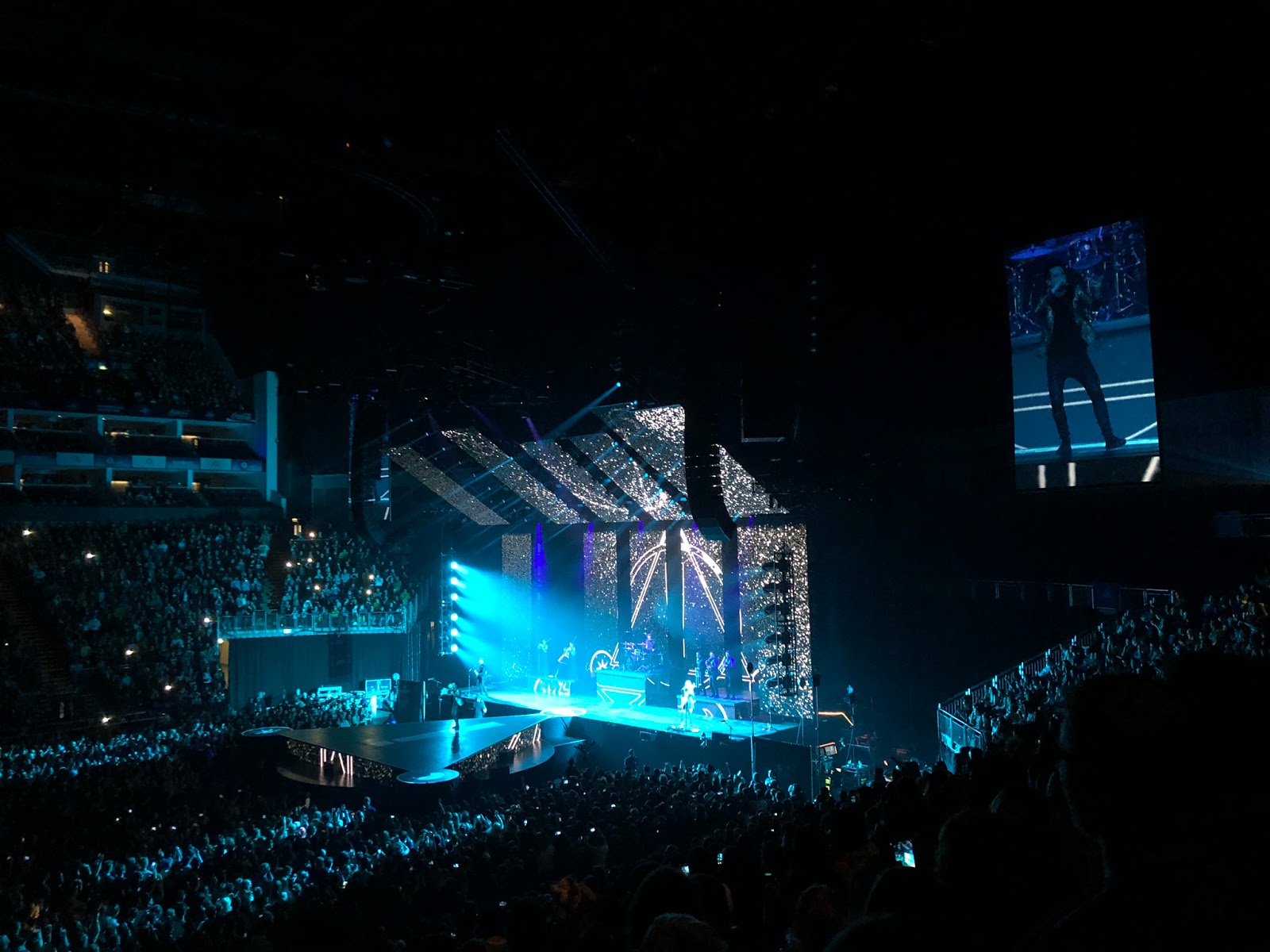 Brendon Urie is incredibly energetic and a very charismatic performer but early on in the gig I was struck by three things: this is definitely more a solo Brendon Urie gig than a P!ATD gig; Urie has a massive number of adoring tween followers who sing along to every single word; and somehow linked to this is the fact that Brendon played nearly every song from his last two albums and only four from the first three combined.

So, the good then. I absolutely loved "The Ballad of Mona Lisa", "Nine in the Afternoon" and "Casual Affair". Watching Brendon walk through the crowd during "Death of a Bachelor" was lovely, I always appreciate it when artists do that. I enjoyed his rendition of Bonnie Raitt's "I Can't Make You Love Me", performed on a piano suspended high over the crowd's heads. 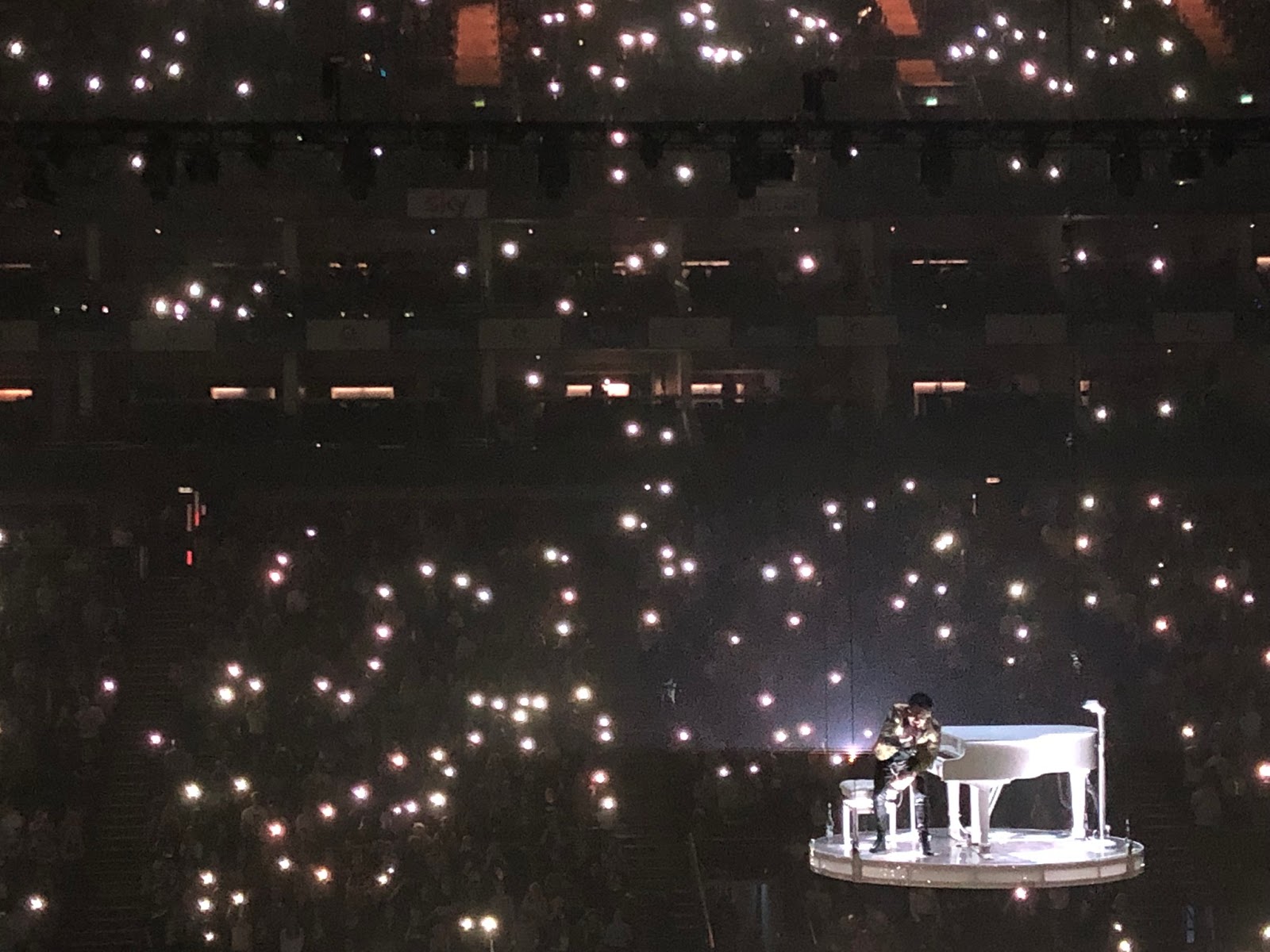 Seeing the whole O2 arena lit up with #PATDHearts in the colours of the LGBT rainbow flag during "Girls / Girls / Boys" will go down as one of the best concert moments I've ever had and I think Brendon felt the same way as he looked truly moved. 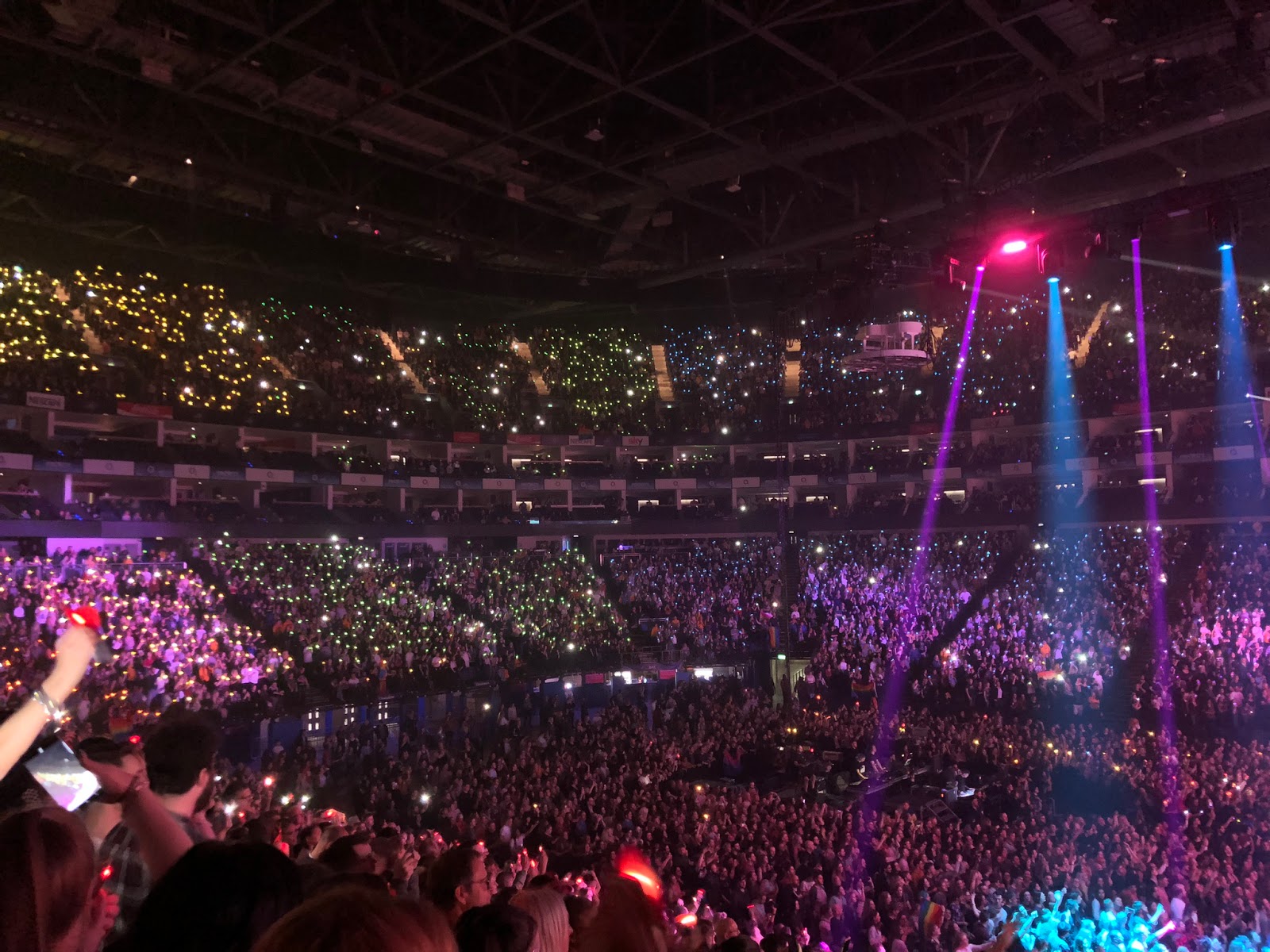 I knew it was coming but that didn't change how good it was - watching P!ATD perform Queen's "Bohemian Rhapsody" was incredible and the band went absolutely mental. It was the closest I'll ever come to hearing the real thing and it really was superb. And finally, the absolute highlight of the evening, performed during the encore, I adored "I Write Sins Not Tragedies".

I'm sure that readers can feel the 'but' coming here from a mile away. It's hard to truly enjoy the show when you know Brendon Urie isn't playing for you. He's playing for the multitudes of tween fans that are singing along to every single word and queuing from 9 in the morning (not even 9 in the afternoon!) for merchandise. And I know that I was never the right demographic for P!ATD's music, being that I was already a working adult when they emerged 15 years ago but I've always loved them and would very much have liked to hear some of their older stuff. I think Brendon could learn a lot from bands like The Cure or Nick Cave and the Bad Seeds on how to satisfy a diverse audience who has grown up through various stages of your impressive catalog of music.

Am I glad I saw the gig? Definitely. I still love Panic! at the Disco and will still sing along, off-key, to every single one of my favourite tracks. Will I see them again? Only when Brendon starts performing a more even catalog of the band's music. After all, as he told us, he is 32 and surely his audience will start growing up too and demanding as much.

Edit this setlist | More Panic! at the Disco setlists
SHARE:
Posted by Mandy Southgate at 11:00 pm