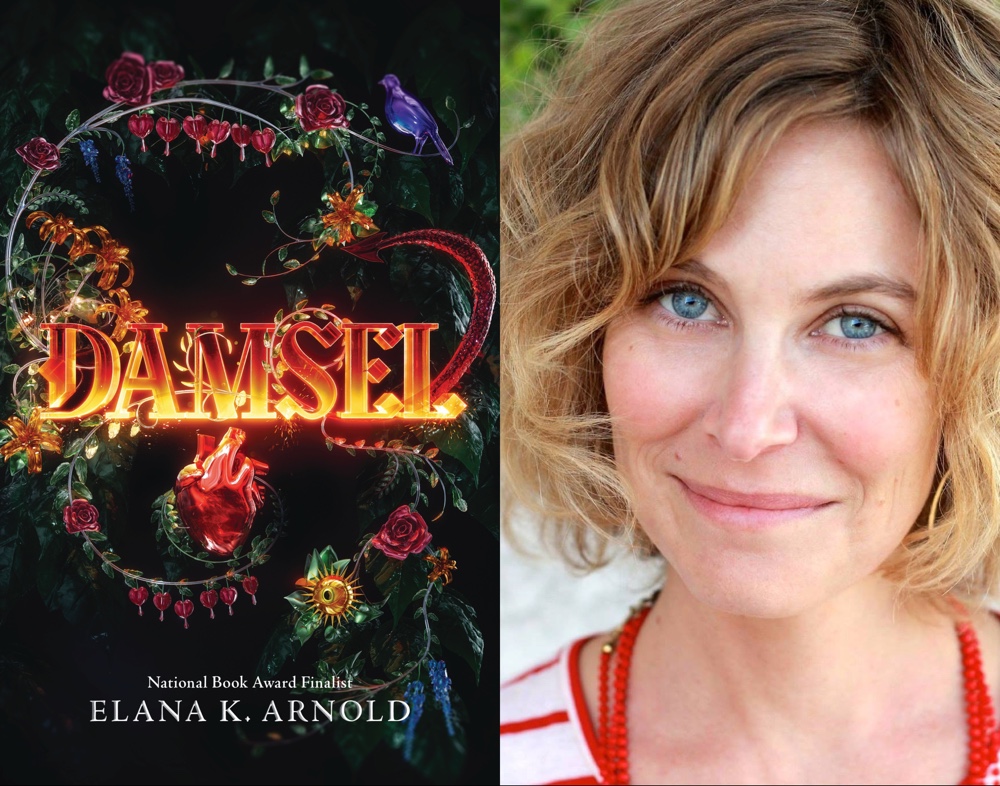 Elana K. Arnold's Damsel is not the type of book I normally read, possibly because I normally read young adult fiction and I'm not exactly sure that Damsel actually counts as such. It's a reimagining of the classic dragon slayer and rescued damsel story, except in this case, Ama is not entirely convinced that this damsel malarkey is all for her and Prince Emory isn't exactly charming either.

In fact, he is quite the misogynist brute and despite having no memory of life before meeting Emory, Ama has a strong moral compass and a burgeoning sense of who she is and what she won't abide by.

With just a lynx kitten called Sorrow to keep her company, Ama must navigate life in the royal court and prepare herself for marriage with the prince. Which all sounds marvellously predictable except for the one factor Emory didn't count on, Ama's agency.

Damsel is a decidedly odd tale that I predict is going to prove very divisive. Some critics are loving it and it was named a 2019 Printz Honor Book. Despite being firmly marketed as a young adult novel, I'm not sure it's going to appeal to many readers in that demographic but I also suspect that many educators will favour it for its allegorical interpretation of feminism, misogyny, power and agency.

Mostly, Damsel has left me conflicted and it took me several weeks to agree on a star rating for the novel.

I tend to favour novels with a more poetic or lyrical writing style and Damsel has a very simplistic style. Regardless of this, I mostly enjoyed reading the book, looking forward to each reveal in the story, although I guessed the greatest reveal very early on in the book. I also appreciated the book for its cleverness and a rather more realistic representation of what life in a medieval fairy tale would be like for a teenager with more Millennial ideals and free will.

Under all of this lukewarm appreciation, I can't shake the impression of how strange the whole book is and so I give Damsel three out of five stars. There is such a wealth of superior young adult fiction in contention for Printz and other accolades and I couldn't in all fairness recommend this novel over any of them.