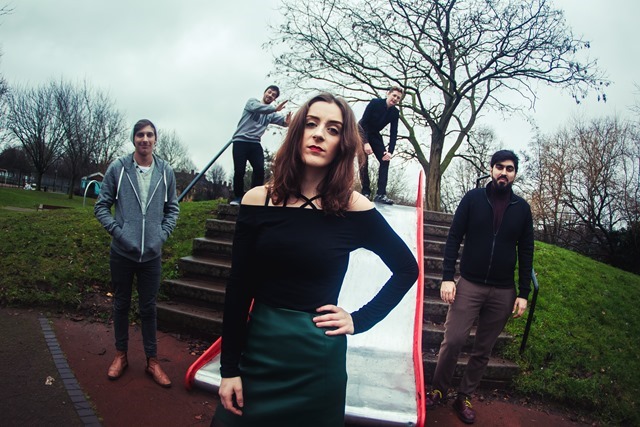 A long, long time ago Pixies broke up and my heart broke into a million tiny little pieces. I didn't think I'd ever recover and spent the next couple of years trying to find someone, anyone that would fill the gap. Sure, there was Breeders, Belly and Nirvana but ultimately nothing filled that gaping hole in my soul and my tastes diverged into something completely different in the form of Cranes.

Fast forward a couple of years and I'm listening to "Freaks" by Team New Band. This is what I was looking for back then, this is exactly what I wanted to hear and it's taken this long to find it.

Don't let me mislead you though - Team New Band are ridiculously talented and absolutely original and certainly not a carbon copy of any band I've encountered before.

Hailing from Brighton, Team New Band boast not one but two lead vocalists, both with distinctive, unique voices. The band is made up of Maddy Jones on lead vocals, Mark Docherty on vocals and guitar, Tariq Khawaja on guitar and backing vocals, Jack Hall on bass and Luis Bezzi on drums (and one liners).

Listening to tracks like "Freaks" and "B.O.Y.S", which start off relatively sane before descending into multiple layers of guitar-drenched mayhem, it is not difficult to see why TNB are gaining a reputation for their energetic live shows and what they understatedly refer to as their "lively stage personas". I reckon they kill in on stage.

Influenced by The Pixies, The Talking Heads, The B52s, The Dead Weather "and basically else anything Jack White does", TNB like to "write for the outsider, those who feel they don't belong or have a voice in the mainstream". Mark Docherty explains that having two lead vocalists opens up a lot of options for them and their next releases will focus on couples and the things they go through together. If you're hoping for a sequence of power ballads, look elsewhere. Mark warns that it is far more fun to sing about the things that go wrong in relationships.

The brilliant news is that Team New Band have just released their brand new EP B.O.Y.S and all three tracks from the EP will be released as singles. The first single is the eponymous "B.O.Y.S" and you can watch the video for that below which was shot and directed by the band's own Tariq Khawaja. Be warned, there is some decidedly homicidal behaviour in there.

Mark Docherty has teased possible videos for "You Don't Know" and "Hate My Lover" too and I seriously hope that happens. The band obviously has a lot of fun making them and they are positively unhinged. All three tracks on the EP are banging and I do hope that it won't be a long wait before TNB release a full length album.

Talking about fun, I asked Mark about their photoshoot for the album because while colourful, it looked pretty cold. He shed some light on that:

"The photoshoot was very cold, we were doing a gig in Islington in the evening and while we put a lot of effort into planning our outfits, we didn't put much thought into keeping ourselves warm! Highlights include finding "Neil" our shopping trolley which helped us carry the gear and being told to clear off taking pictures in front of an angry lady's house... which backed onto a canal. We must've looked like a gang or something. Our very talented photographer was Ajit Dutta from Raid Studios, he's such a legend behind the lens"

B.O.Y.S is available to buy using the links below. 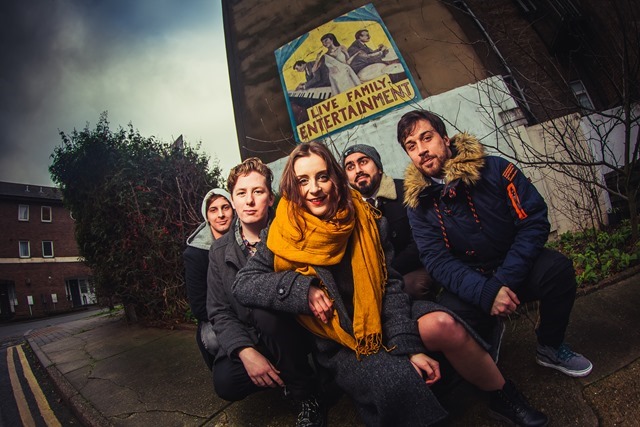 Recommended if you like: The Hives, Buzzcocks and The Subways