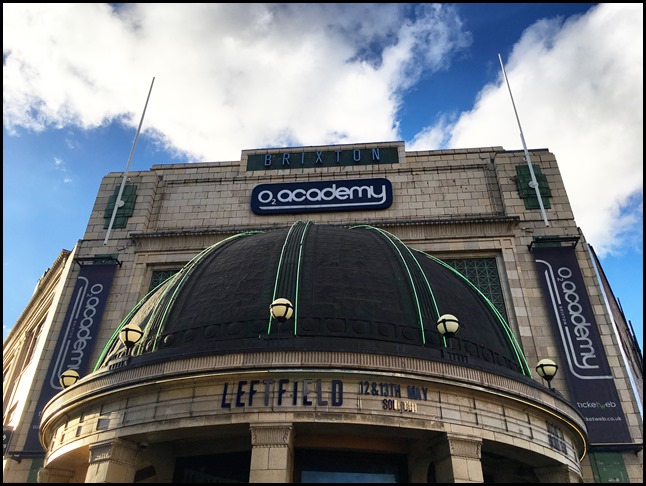 What is the longest time you've ever waited to see a band in concert? For me, it is almost 22 years. We were meant to see Leftfield at Glastonbury 1995 but they didn’t pitch up that year and neither did Stones Roses. As the years went on, it was just one of those bands that I thought I’d never see.

I never stopped loving them. Leftism is one of those albums that I’ve played over and over again on repeat for years and the album was somewhat of a soundtrack for an entire generation during the 90s.

When I heard that Leftfield were playing Leftism in its entirety to mark 22 years since its release, I didn’t hesitate for one second to buy tickets for my brother and I. Anniversary and revival gigs are somewhat of a risk, especially seeing as Neil Barnes was performing without Paul Daley (but with his blessing) but I was willing to take the risk.

Should I have worried? Absolutely not.

It is the best gig I have ever been to. 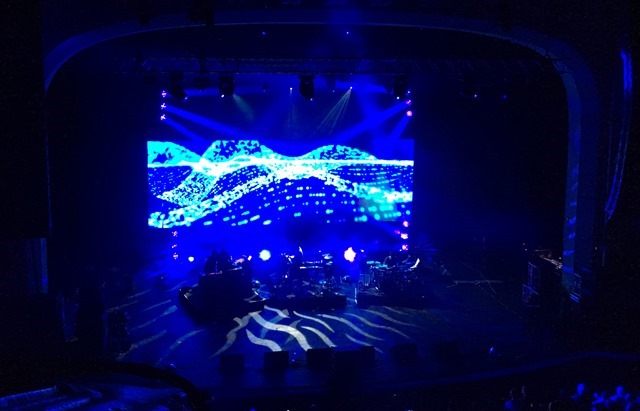 The gig was absolutely thrilling, so much so that I couldn’t form complete sentences afterwards, resorting to simply adopting a dazed visage and repeating that it was “so good” again and again to my brother. Other people on the tube weren’t faring much better and one popular opinion was that everyone had experienced a mass acid flashback during “Song of Life” but I’m getting ahead of myself. Let’s go right back to the beginning.

The format for the gig was simple. One album, all the tracks in order and no encore. I initially wondered if they would bulk up the setlist with B-sides like Pixies did with Doolittle in 2009 but instead we were treated to extended versions of all eleven tracks and a sound and light show that was out of this world. If anything was going to ignite my nostalgia for a decade of raving, this was it. 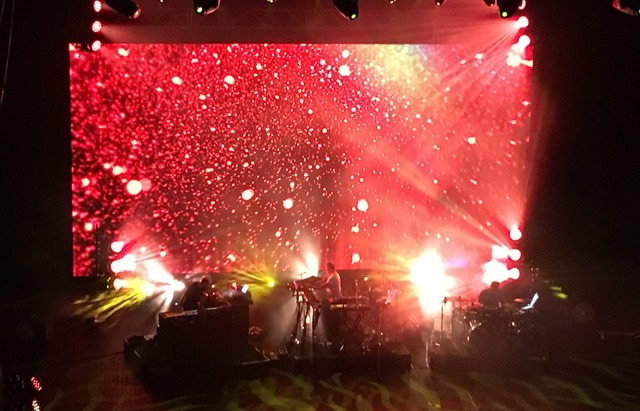 It’s nearly impossible to pick out my favourites from the evening. The entire gig was sublime and perfect. We loved that there were live performances of the vocals and I was especially impressed with the vocalist for “Afro Left”. “Song of Life” and “Space Shanty” were absolutely storming and I’m pretty sure I experienced synaesthesia during “Black Flute”. 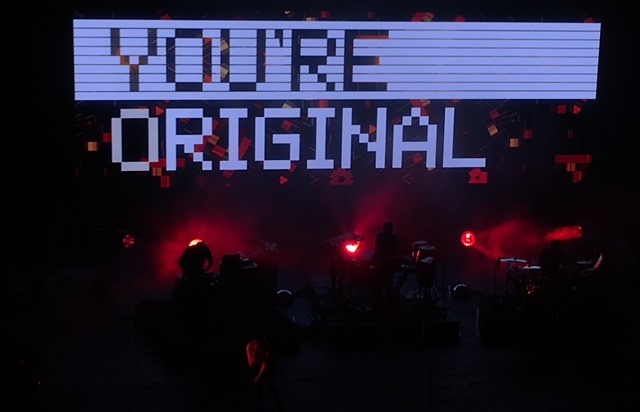 We were really impressed with the vocalist for “Original”. They’re not easy vocals to get right but she did a pretty good job. I was slightly disappointed that John Lydon didn’t bounce out on stage and regale us with “Open Up” but given his distinctive voice, I’m glad that they decided to play his recorded vocals and that another artist didn’t try cover it, because that would definitely not have worked. During the track, the footage from the original video was played and that was quite cool. 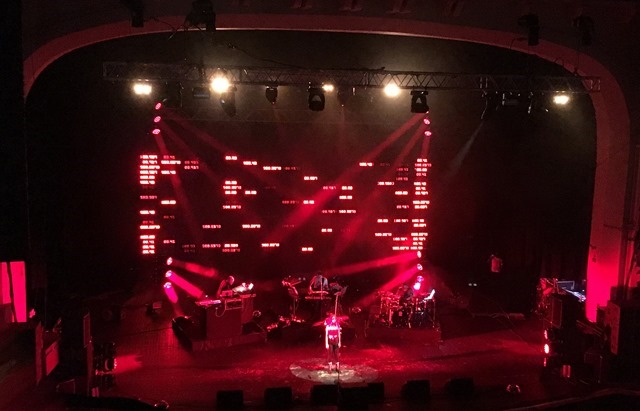 My only complaint from the evening, and I’m afraid it’s quite a significant one, is why the hell didn’t I have tickets for the second gig on the 13th May? That was a huge failure on my part and a lesson learned through hardship. They’ve seen what a huge success the evening was and I can only hope that Leftfield will consider doing this again for the 25th anniversary. And maybe every single year thereafter.

It was so good. 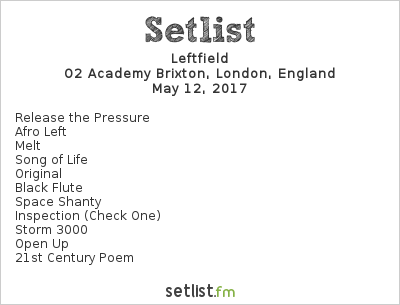