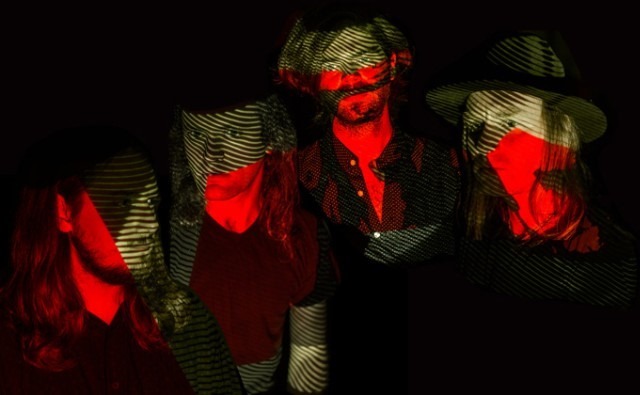 There is a way we refer to The Faint in my household. My other-half likes to refer to it as that ‘really heavy band that you dragged me to see at Scala once’ and I refer to it as the same in order to keep the sanity. The strange thing is that The Faint can in no way be classed as heavy. Lying somewhere at the crossroads of rock and dance music, The Faint have a dance-punk sound that was made more popular in the UK by bands such as New Young Pony Club and Shitdisco. What they are, when you see them live, is loud and ever so slightly eccentric.

Shortly after that fateful night at the Scala in 2008 and following the release of their album Fasciination, The Faint disbanded, leaving fans braying for more new material. They did return in 2014 with Doom Abuse which really was heavy and had less of the tongue-in-cheek humour of previous albums but other than the re-release of the deluxe edition of Danse Macabre in 2012, it has been silence until 2016. 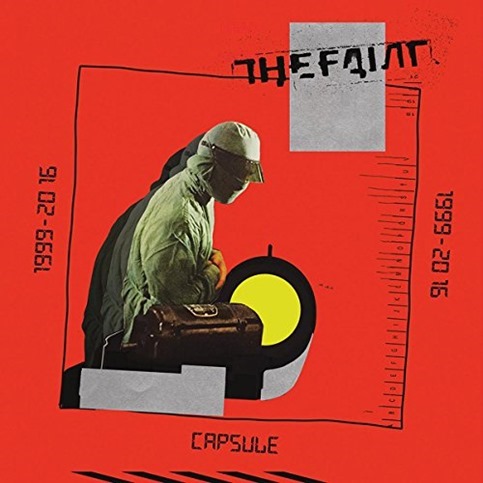 Hailing from Omaha, Nebraska, The Faint are Todd Fink on vocals and keyboards, Jacob Thiele on keyboards and backup vocals, Dapose on guitars and Clark Baechle on drums and percussion. Fans of the band and lovers of indie electronic music will no doubt be delighted to know that not only are the band touring again but they’ve also released a brand new album.

The album also features three brand new tracks. “Young & Realistic” is a catchy, emotional track of the like that we haven’t seen since The Faint’s earlier albums. It definitely has that play on repeat quality. When the video was released in May 2016, it had the fans begging for a whole album just like this.

“Skylab1979” is an edgy, retro-space track that reminded me of the Jetsons and the golden era of space travel.

If I loved “Young & Realistic” (and I did), then I barely have words for the final track “ESP”. The track has a nostalgic feel, rounding off the time capsule through The Faint’s discography. This is a track that reaches back to the birth of electronic music in the 1970s and embraces a genre of cutting edge, futuristic music. It definitely has me wondering why The Faint are holding back; if they have tracks like this in them, why are they feeding them to us in bits?

Do I recommend CAPSULE: 1999-2016? Absolutely. This collection has been perfectly curated, offering fans the best of The Faint’s music since 1999 and will appeal to lovers of indie electronic music and fans who have loved their previous tracks.

But what if you already own all the albums? If you’re a long time fan of the band and have a carnal need to complete your collection (guilty), then yes, pre-order the CD. If you already own absolutely everything they’ve ever released (also guilty), you might just want to buy the three new tracks on digital download which is already available.

I give CAPSULE: 1999-2016 a superb five out of five stars and would highly recommend it to both collectors and fans.