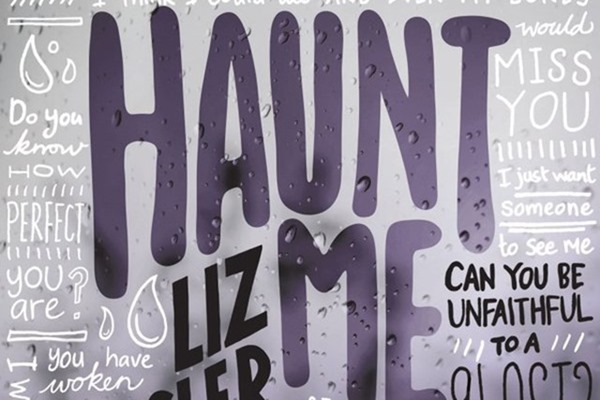 A boy wakes up from a long sleep to discover that his family is packing boxes into a van and moving out of home. Where are they going? Why did nobody tell him? That is just the beginning of Joe’s problems. He soon discovers that they cannot see or hear him and that he appears to be incorporeal. What has happened? Is he dead? In a coma?

Seemingly trapped in his bedroom, Joe has no other option but to wait. Soon, another family moves into the house and Erin moves into Joe’s former bedroom. What starts off as a vague feeling soon becomes more as Erin begins to feel and then see Joe.

The pair have a lot in common and begin to fall in love. But what of Joe’s brother Olly? What is he hiding and can Erin trust him?

The premise sounded so good and I was really looking forward to reading Liz Kessler’s Haunted. I had read her short story “Love Is a Word, Not a Sentence” that appeared in Amnesty UK’s Here I Stand collection and was impressed with her idea that being gay may be punishable by death in many parts of the world but can still be a death sentence in other societies due to bullying and hatred.

I therefore expected a lot from Haunt Me. I expected Kessler to tackle some very serious issues and to be fair, the book does address drug taking, suicide, bullying and bereavement. The problem is that these were more of a backdrop to the story and ultimately, Haunt Me is just another young adult story about an ostracised girl falling in love with a supernatural being and almost destroying herself in the process.

There was also a mean girls sequence that I found to be completely unnecessary. When are authors going to start writing about strong supportive friendships, the ones that start in school and last until old age? Could that not also be a form of wish fulfilment and escapism if written well?

Not surprisingly, I did not enjoy Haunt Me and found the long, descriptive paragraphs describing each character’s point of view to be incredibly laborious. Reading a novel should not feel like a chore.

I give Haunt Me a disappointing 2 out of 5 stars. It's been a long time since I was this disappointed with a novel but comparing it to my last two-star review Rachel Vincent's The Stars Never Rise, I see that I have a theme of disliking stereotypes and tired old clichés in young adult novels.