Reviewed: As I Descended by Robin Talley 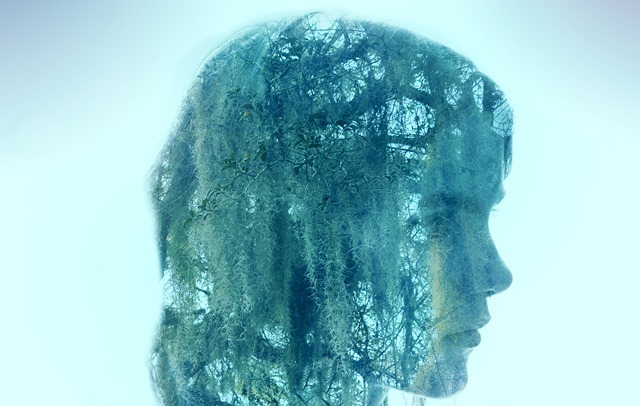 In a world of ambition, where would you stop to get what you want? It all starts with a Ouija board and what Maria Lyon thinks she is asking for is to win the coveted Kingsley Prize, an all-expenses paid pass to the best school in the country. But what she is actually asking for is something much darker and more sinister. Who was it who said, “be careful what you wish for”?

Maria, Brandon and Lily are seniors at Acheron Academy, a campus located on an old plantation, built by slaves and the home of unbearable tragedy over the centuries. What they begin on that dark night with the Ouija board soon descends into a fiery web of horror and devastation that will continue to burn out of control until it has destroyed everyone in its wake.

What is really happening on the campus? A series of unfortunate accidents or a force that will bring each character in the story to their knees? When does ambition end and true horror begin?

As I Descended is the powerful new young adult release from Robin Talley, author of the critically acclaimed Lies We Tell Ourselves which won the inaugural Amnesty CILIP Honour in 2016. Set in a privileged boarding school, on the surface it is a story of high ambition and competitiveness but it is also a book that tackles racism, depression, mental illness, suicide and physical impairment.

One of the greatest calls in 2016 is for more diversity in books and Robin Talley is known for writing diverse characters into her stories. Rather than writing token or stereotypical supporting characters, As I Descended features diverse characters who are central to  the story – Maria is Spanish and gay, Lily and Brandon are gay too and Lily is physically impaired following a car accident.

None of the characters is static either, cardboard cut-outs waiting to come to life when the protagonist is in the room. We learn about the thoughts, fears and histories of Maria, Lily and Brandon, but also of the people around them including Brandon’s boyfriend Mateo, Maria’s rival Delilah and to some extent, siblings Austin and Felicia. 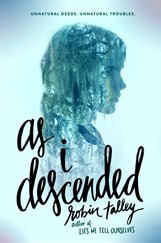 As I Descended is a book that will keep you guessing until the final pages. Is there really a supernatural element to the story or is this a case of serious mental illness? Does it have to be one or the other? Without divulging any spoilers, Robin Talley gives the rarest of gifts and lets the reader choose for themselves.

One thing I can say is that As I Descended is as scary as heck and reading it alone, in the dark, is not one of the finest ideas I’ve ever had. There are bumps and scratches, apparitions and fatalities and this is not a book for the faint-hearted.

Ultimately, this is a story about redemption and the power to make the right decision, no matter how long that choice is in the making.

I give As I Descended an excellent four out of five stars and would recommend to fans of both paranormal young adult fiction. This is the first of Robin Talley's books that I have read but I already have Lies We Tell Ourselves on my Kindle waiting to be read.

I received an electronic copy of this book from Netgalley for the purposes of this review. I’d certainly recommend joining Netgalley if you read and review books online.