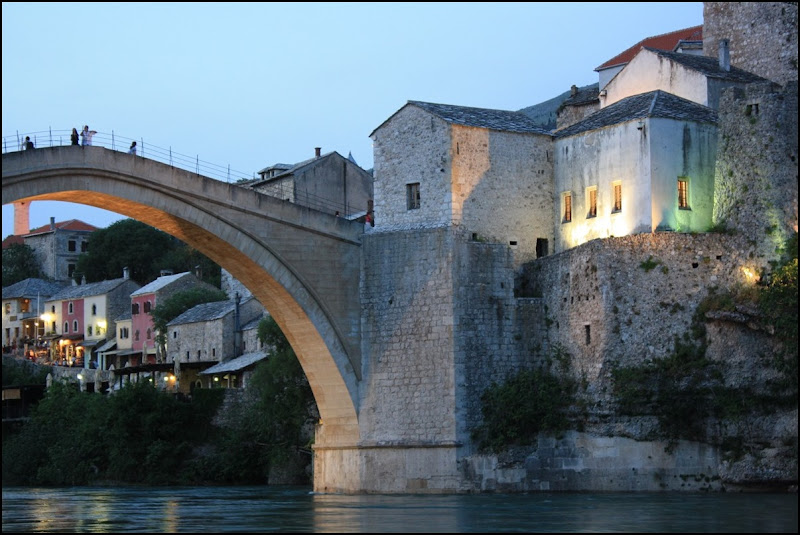 Three years ago, I was in the most beautiful town on earth and not a day has gone by since that I haven't wanted to return. That place is Mostar in Bosnia & Herzegovina and together with Sarajevo holds a very special place in my heart. If I couldn't return to the place I love, I did the next best thing this week and read a book set there; it took me back to the streets I love and the places I know, to parts that are still in ruins and parts that have been lovingly restored. It felt like coming home.

Reading Daughters of Shadow & Blood, Book II: Elena by J. Matthew Saunders represented a return on a second level too. It is the sequel to Daughters of Shadow & Blood, Book I: Yasamin which I read and adored last year. I loved having the opportunity to dive back into Matthew’s prose again, to drown myself in his epic tale of power, betrayal, lust and pure evil in the Balkans.

In Daughters of Shadow & Blood, Book II: Elena, we return once again to Adam Mire and his determination to rid the world of evil. We meet Adam's former girlfriend Clara who has rushed to the Balkans to track Adam down and we also meet Elena, the second of Dracula's brides. This is a story about vampires and the ‘true’ story behind Dracula’s brides but more than that, this is a story about power and deception in one of the most troubled regions in the world. Through flashbacks, Elena takes us back to life in rural Kosovo at the end of the 17th century, to the stirrings of the Greater Serbia movement and the hope and fear generated by the advancing Hapsburg armies.

This is a book rich in folklore and religious imagery, with vivid references to the devastation of the Balkan region at the end of the 17th century and 300 years later when the area was torn apart by war. It was fascinating to walk down the streets of Sarajevo and Mostar again, to recognise Stari Most, the old bridge in Mostar which was destroyed at the time of the story but has since been rebuilt. I loved visiting Vijecnica again, which was almost completely destroyed in the Siege of Sarajevo and the beautiful Sacred Heart Cathedral which stood across the road from my hostel. 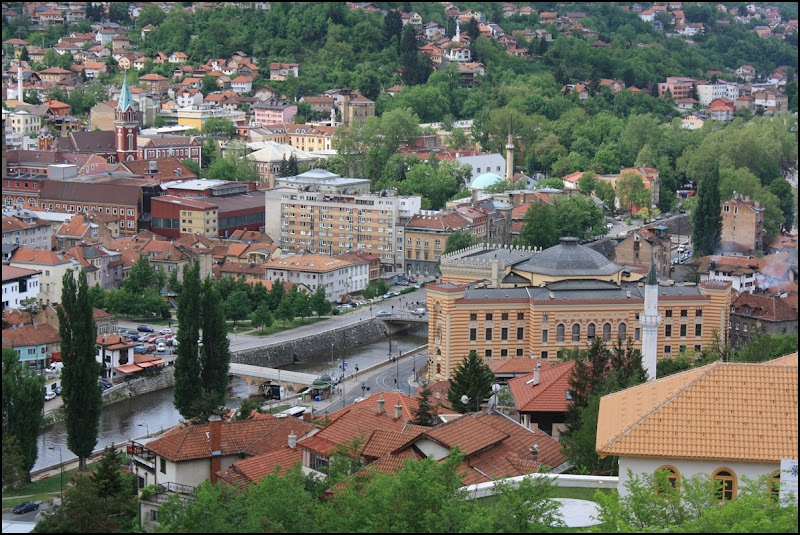 There are simply not enough accolades to deliver in order to judge the work of J. Matthew Saunders. If you love historical fiction and if, like me, you are fascinated with the history of the Balkans, then you will love his novels. I wasn’t sure whether he could surpass his work in Book I: Yasamin for I loved his depiction of the medieval Ottoman haremlik and the power struggles amongst the women, but he has certainly matched it with Daughters of Shadow & Blood, Book II: Elena

I give Daughters of Shadow & Blood, Book II: Elena by J. Matthew Saunders a superb five out of five stars and recommend to fans of supernatural and historical fiction alike. If you're a fan of one genre and haven't tried the other, then this series would be an excellent place to start. The book will especially appeal to you if, like me, you love the Balkans.