There's something special about the first time you read a book, a moment in time that divides the world into 'before' and 'after'. I remember quite clearly the first time I read Philip Pullman's Northern Lights; I recall reaching the end and thinking, how on earth is he going to top that? Northern Lights was so inventive and so fantastical that I was quite certain nothing else could come close.

In a way, I was right. The Subtle Knife didn't come close because it was something else entirely. Set partly in our own universe and partly in Cittagazze, a city in another universe, The Subtle Knife sees Lyra escaping her own world and meeting up with Will Parry. Together they encounter the children of Cittagazze, left behind by the adults hunted by wraith-like figures called Spectres. Lyra soon learns that she has yet to escape Mrs Coulter's realm of influence as once again their paths cross and Will's search for his father John Parry brings his destiny ever more in line with Lyra's.

The Subtle Knife on Audible 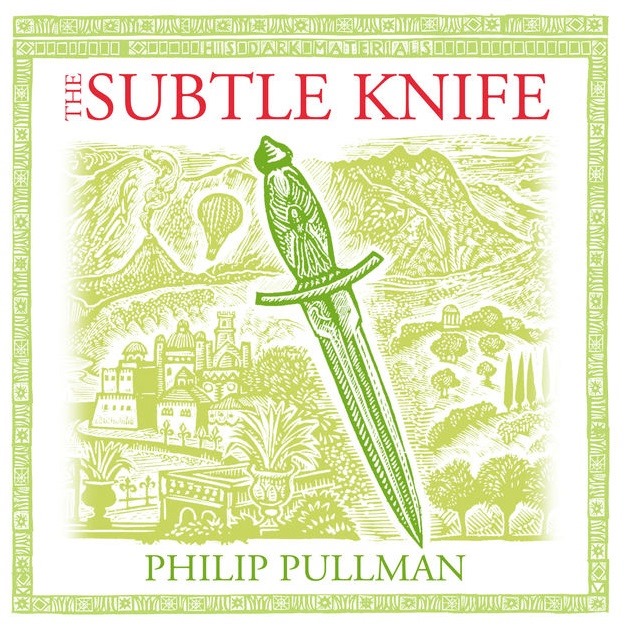 I recall quite clearly being fascinated by The Subtle Knife the first time I read it but listening to it again on Audible has been eye opening. This is children's fiction at its best and it seems there are no ends to Philip Pullman's creativity and imagination. The idea of a knife that can slice between worlds is intriguing, as is the placement of the mythical Jopari in both our world and Lyra's.

As with Northern Lights, the production of the Audible dramatisation of The Subtle Knife is superb and once again, Philip Pullman himself narrates. Jo Wyatt returns as Lyra and is joined by Steven Webb who absolutely shines as the brave and determined Will Parry.

If you've ever loved Philip Pullman's His Dark Materials series or if you're a fan of quality children's fiction then I would wholeheartedly recommend listening to the series on Audible.

I give The Subtle Knife by Philip Pullman a superb five out of five stars (again) and will be rushing to listen to the final book in the trilogy, The Amber Spyglass.

The BBC announced last year that they had commissioned a TV adaptation of Philip Pullman’s His Dark Materials series and earlier this year it was announced that Jack Thorne would be writing the series and that it would span 40 episodes over 5 seasons. If you’re a fan like me, I’d definitely recommend listening to the Audiobooks to brush up on the story which will likely arrive in 2017.