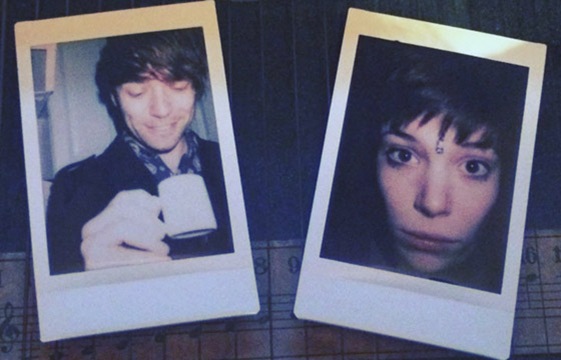 Long time followers of this blog will already know about my significant and not-entirely-healthy obsession with Does It Offend You, Yeah?. I can't explain it, I just think they're brilliant and it was cause for months of mourning when I discovered they were breaking up.

Imagine my delight this week when DIOYY announced on Twitter that Bobby Bloomfield has a new project with his friend Laura aka HinHin.

There is not much to tell at the moment so I'm going to make some of it up. Heksagons is the secret lovechild of Does It Offend You, Yeah? And Klaxons, conceived on a long night of passion in 2007 when dance-punk and new rave were king.

The band describe Heksagons as a side project and express their love for 1970s synthesisers, flutes, harmonies, talk boxes and psychedelia. You can definitely see the psychedelia coming through in their videos - I haven't seen class like that since Pink Floyd were producing acid-trip accompaniments to their tracks. 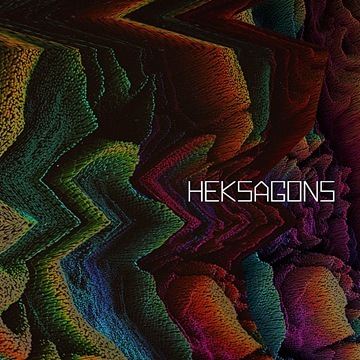 Episodes One tracklist:
1. Temper Tantrums
2. Persephone
3. One Of His Episodes
4. Super-ego

Does It Offend You, Yeah? | Klaxons

Episodes One is available on the Heksagons website to listen to and download. Definitely give "One of His Episodes" a listen (featured in the video above) as well as "Temper Tantrums".

You don't need to buy the music, it is available to download for free at the Heksagons website but the band are currently seeking supporters for their Patreon campaign. Like they say on their site, if Sonic Youth were discovered today, no record label would be able to sign them because those people actually buying music wouldn't be interested.

"In 2016 the world sees downloading free music as a right. So a return to patronage could be the revolution that music needs to be a healthy melting pot for new ideas again - and perhaps from this crucible the new Bjork, Bowie or Atari Teenage Riot will emerge without having to tone it down for the masses.

They have a point. More and more bands today are turning to crowdfunding to finance their music and in return, they are providing their fans with the music they want to hear, not some watered-down studio dream of what a band should sound like.