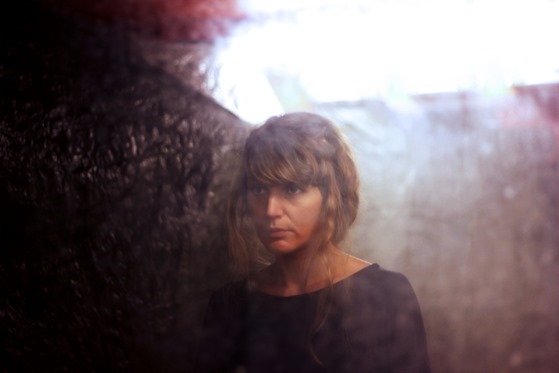 In 1992, All About Eve brought out their Phased EP. It was four ephereal and slightly surreal tracks and I thought it was perfect. A balance of edge and glamour, I would play the EP for hours on repeat and fondly remember those days down the Eve hole. It was never quite matched by anything else the band brought out.

When I first listened to the new Badlands track "Echo", I was quite unexpectly transported back to that time; I never expected to hear music of that calibre again. There is a sense of the disconnected and disassociated in "Echo", an ability to lift yourself out of reality on the waves of the melody. It's like nothing I've heard in years.

Badlands is Catharina Jaunviksna, a songwriter, producer and sound designer based in Sweden. It is the latter part that is most evident in her work - Catharina creates sounds and generates a symphony of moods and emotions, interlaced with a distinctively upbeat synth-pop sound and melodic vocals. Her music has a spacey, dreamy quality and you'd be forgiven for thinking we'd landed back in the midst of late 80s synth-pop or early 90s shoegaze.

The debut Badlands album Locus will be released in April 2016 and "Echo" is the second single from the album, following "Caramisou" which was released in November 2015.

Recommended if you like Lush, Curve, All About Eve, Cranes

You can buy "Echo" at the Badlands Bandcamp store and check out the lyrics for the track too.