TV Review: Doctor Who - Before the Flood

This episode is all about the Bootstrap Paradox, whether information can exist if it was never created in the first place and whether we can go back in time to change the future. For the most part, I loved this Toby Whithouse written sequel to “Under the Lake” but I have to admit that it left me feeling more than a little uneasy at first.

As always, I’m generous with the spoilers so here is your three second warning.

*** Spoiler warning. Moderate spoilers ahead: proceed with caution if you have not watched Doctor Who – “Before the Flood” *** 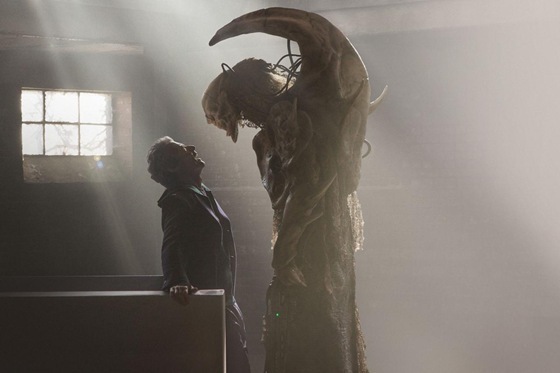 The Doctor, O’Donnell and Bennett have landed in Krasnodar, Soviet Union at the height of the Cold War. Little do they know what is at stake because back at The Drum in 2119, Clara and the rest of the crew have seen The Doctor’s ghost. He is dead. Or is he?

Despite that minor reservation, there was a lot to love in this episode and I am really enjoying this season so far. The Creepy Zombie Rabbit Undertaker is back in the form of Prentis and the fact that he is alive doesn’t make him any less freaky.

We discover that the spaceship is a hearse and that it is carrying a body, and we learn that the chamber will be opening.

Oh wait, I know this one… The Chamber of Secrets is opening and The Doctor is the heir of Slytherin, right? No? Moving on swiftly… I loved the Soviet setting in “Before the Flood” and the surreal remnants of the Cold War. Why was the town deserted, why were there mannequins hanging around in phone booths, why was it all so surreal? I don’t know, but I liked it.

“Before the Flood” is really scary. First, there is the first timeline where O’Donnell (Morven Christie) is killed which saddened me because I liked her a lot. She had great lines and kicked ass. 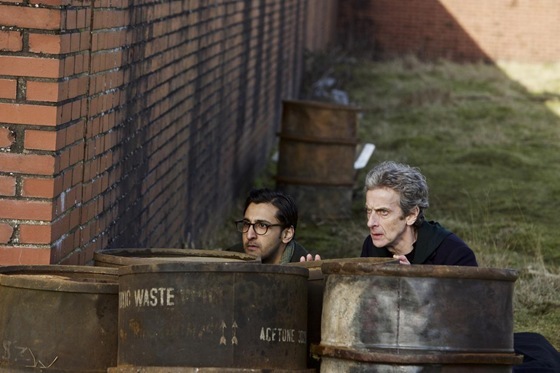 But then The Doctor and Bennett decide to back in time and things get even more terrifying.

The Doctor meets The Fisher King who is honestly the most horrible alien I’ve ever seen. He looks like a giant grey praying mantis and I freaking hate praying mantises. The Fisher King stands at over 8 feet tall and was in fact played by Neil Fingleton who is over 7’7” himself. As horrible as he was, I loved this nemesis and was suitably creeped out by his horrible appearance. 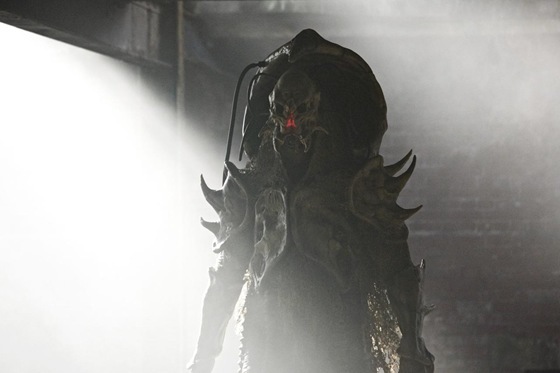 The Fisher King had invaded and enslaved the planet of Tivoli for a decade before he was defeated and supposedly killed by the Arcateenians. As per their custom, they send him to a barren and hostile outpost (Earth) to be buried but he is obviously not dead and he intends to draw his allies to him to enslave Earth.

And so we must come back to the paradox. Knowing that he is to die and realising that the planet is at stake, the Doctor must cheat death and defeat the Fisher King. But how?

Back at The Drum, Lunn, Cass and Clara are being terrorised by the ghosts. There is a horrible scene with the creepy as heck ghosts surrounding Lunn (Zaqi Ismail) but they don’t see the message in him and he is not attacked.

Clara and Cass decide to go out after Lunn and no sooner has Clara said that they must not get separated than they go their separate ways.

Because that always ends well. 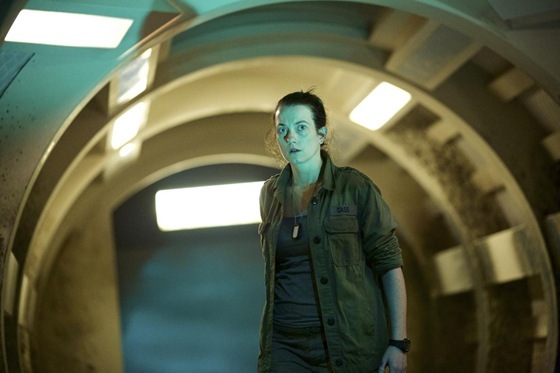 It is then that we are treated to one of the most terrifying scenes in Doctor Who history. The ghost of Moran (Colin McFarlane) is stalking Cass while dragging an axe on the floor behind him. The axe is screeching against the concrete floor like nails down a chalkboard and then… silence. Cass (Sophie Stone) can’t hear him and every time she turns around, he is gone.

I really liked the resolution in this episode. I enjoyed the way in which The Doctor tricked and dispatched The Fisher King and I especially like him uttering “The Timelord lied” before the dam burst. I appreciated how The Doctor stowed away in the chamber and returned to Clara.

And best of all? I liked how the episode had me going off on a “how come The Doctor gets to live if Pete Tyler died?” tangent before we realised that The Doctor’s ghost was simply a hologram. Nicely played, Toby Whithouse, nicely played.

I thoroughly enjoyed “Under the Lake”and “Before the Flood” and would absolutely not complain if Toby Whithouse replaced Steven Moffet as head writer on the show.

I’m looking forward to next week but hope that they don’t do to the Vikings what the did to Robin Hood last season. That was pretty dire.

Notable “Before the Flood” Quotes

“This is called The Bootstrap Paradox – Google it” – The Doctor

“Is there another way to dangle someone out of a window?” - Alice O’Donnell

“She said to ask if travelling with The Doctor changed you or were you always happy to put other people’s lives at risk?” – Lunn, translating for Cass

“This world is protected by me” – The Doctor

“The Timelord lied” – The Fisher King