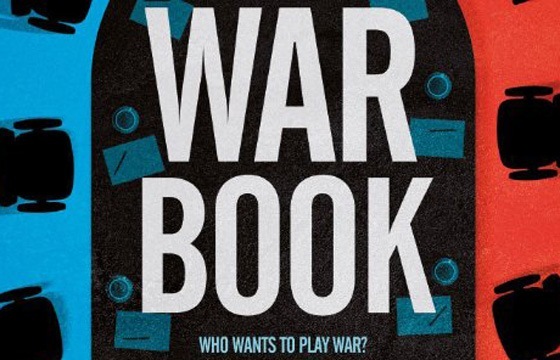 What if these war games took place today? Directed by Tom Harper and written by Jack Thorne, War Book takes place over just three days in a nondescript boardroom in the House of Commons. Nine civil servants are presented with a scenario of a nuclear attack in Mumbai by Pakistani government-backed extremists. Tensions are already high in the room before the session begins with old rivalries arising and clear antagonism between several of the participants. 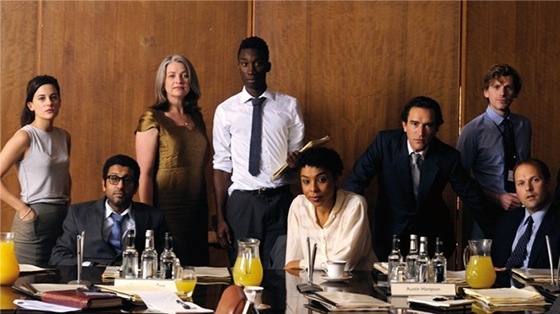 The group moves to focus on the matter at hand and with alarming rapidity the position descends into military readiness, closed borders and the quarantine of returning British citizens. This is only day one and as the more experienced members of the team move through the motions with sharp precision, several of the younger members balk at the enormity of the decisions being made.

And the situation is enormous. The viewer is watching from the safety of their sitting room  while the team battle a fictional scenario from the safety of their boardroom and yet somehow the full weight of their predicament is conveyed on screen. Principles of self-preservation and civil liberties clash as the group struggle to comprehend the full global impact of a nuclear attack on the other side of the world. 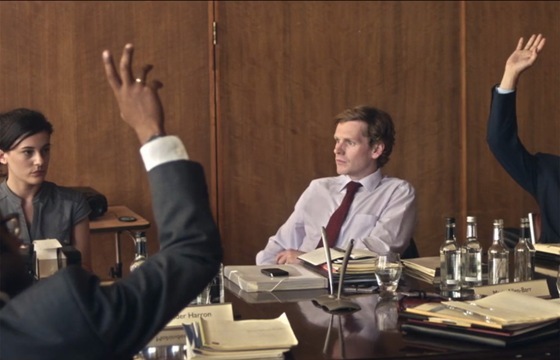 War Book is, in a word, superb. Filmed almost entirely in the boardroom, the strength of the film lies in the performances of the nine actors. Shaun Evans (Endeavour) gives an inspired performance as the troubled and conflicted Tom. With his unwavering focus on the morality of the group’s decisions, Tom paints an increasingly lonely figure as the often sole source of dissent in the room. 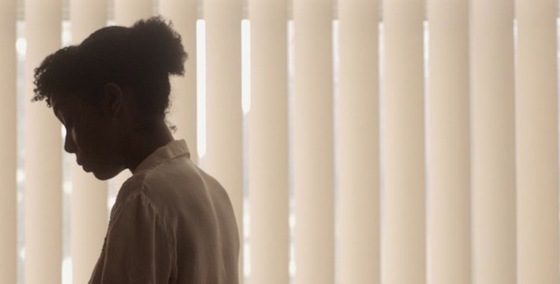 Sophie Okonedo (Hotel Rwanda) is powerful in her role as Philippa, chair of the proceedings and acting Secretary of State. Philippa is the only real source of authority in the room and is tasked with dampening rising tempers and uniting an increasingly discordant group.

War Book is an evocative film that raises endless questions. Just as the audience feels they have figured it all out, another ethical conundrum is dropped and the deadly consequences of inaction become ever more apparent. Long after the final credits, the viewer is left turning over the inevitability of the chosen course of action in their mind.

The film is a chilling insight into how quickly a situation like this would escalate and how fragile the current world order truly is. I believe that this film would do extremely well on stage and look forward to a theatre adaptation.