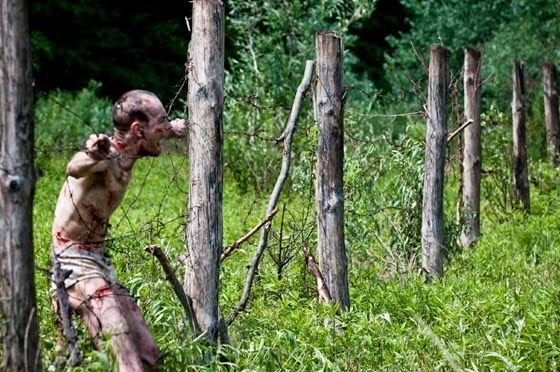 A man awakes to find himself bound, lying in a pit on a pile of corpses. He has no memory of how he got there and no idea who he is. A woman throws a rope down to him, he picks up a gun and drags himself out of the pit. The woman disappears. The man soon finds a group of people in an old house. They too have no memory of who they are or how they got there but the man knows one thing, one of them is the murderer. As the group struggles to survive in the face of increasing threats to their lives, snippets of their memories come back and it becomes increasingly clear that perhaps the man was in the pit for a very good reason.

Open Grave is a post-apocalyptic thriller with many familiar faces on the cast. Fans of The Vampire Diaries are going to be especially thrilled to see Joseph Morgan who plays Klaus Mikaelson on the show and he is excellent in his role as the slightly vulnerable Nathan. The film also stars Sharlto Copley (District 9), Thomas Kretschmann (King Kong), Josie Ho, Erin Richards (Gotham) and Max Wrottesley (24: Live Another Day). The film is directed by Spanish director Gonzalo López-Gallego. 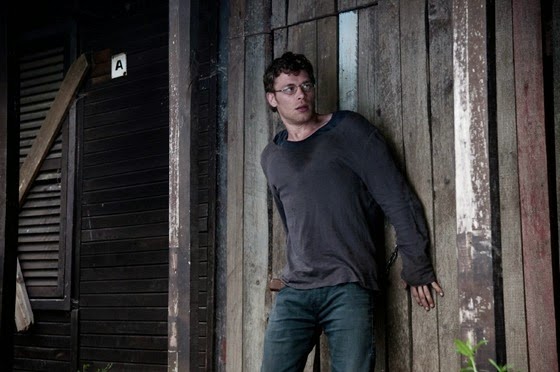 The film is terrifying from the outset. The opening scene in the open grave is especially horrible with graphic, moist sounds to accompany the gruesome images. We can tell that something has gone terribly wrong here but it soon emerges that something even worse is going to happen and team cannot prevent it unless they recover their memories.

Music is used to great effect throughout the film and the score is simply excellent. There is a feeling of loss and extreme tragedy that permeates the film and is conveyed through the music. The score was written and performed by Spanish composer Juan Navazo and some tracks are available on his Soundcloud page. I’d especially recommend “The Dawn of the 18th”. Sadly there are no plans to release the official soundtrack. The track that plays over the closing credits is “Dies Irae (Day of Wrath) by María López-Gallego and is available on her Bandcamp page. 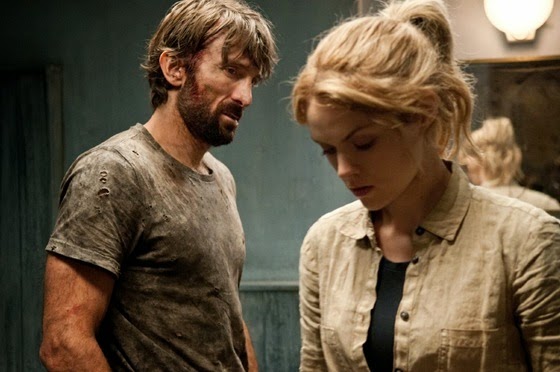 Open Grave is filmed in muted tones and saturated tones throughout which adds to the atmosphere of tension and lurking danger. Nothing is given away to viewers until the characters discover it themselves which contributes to the edge-of-seat suspense.

The cast did well to deliver their performances without giving a hint of what was really going on. Sharlto Copley has a great screen presence and is phenomenal in his role as Jonah, while Josie Ho shines as the mute woman at the heart of the film.  Somehow viewers were able to connect with the characters, no mean feat when they had no memories of who they were or how they related to each other. 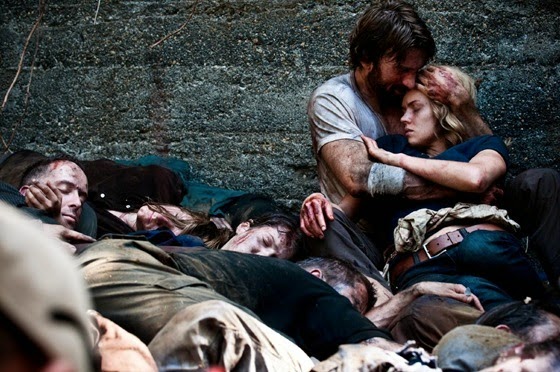 It is difficult to comment too much on the plot without giving the story away and as the strength of this film lies in keeping that a secret up to the final scene, I really don’t want to do that. It is a horror film and it is post-apocalyptic and the idea of corpse scarecrows might just be the most gruesomely brilliant idea I’ve seen in a long time. I really enjoyed the film but the ending made me very sad. I imagine that the haunting score had a lot to do with that lingering sense of loss and pointlessness.

I enjoyed Open Grave and actually watched it twice before reviewing. It will certainly appeal to fans of horror but there is enough in the plot to keep science-fiction and thriller / suspense fans happy too.

I give Open Grave an excellent four out of five stars.

Released by Signature Entertainment, Open Grave is available to purchase on DVD and Blu-ray from Amazon.com and Amazon.co.uk.

Check out the short clip from the film "Things to Hide" featuring the lovely Joseph Morgan and Sharlto Copley.