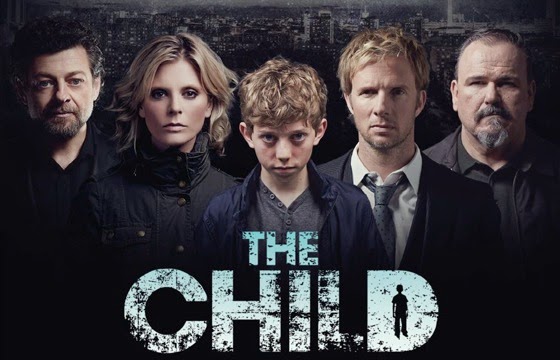 Do you believe in reincarnation? This is the question that defence attorney Robert Stern must ask himself when he is summoned to a derelict industrial park to meet a terminally ill ten-year-old boy. Incredibly the boy Simon claims to have committed a series of gruesome murders that took place fifteen years before his birth. It seems impossible but not only does Simon know details that only the killer could know, he also leads Stern to a cellar where they find a decomposed human skeleton whose head has been split open by an axe – just as Simon described.

Soon details begin to emerge about the victims and Stern finds himself embroiled in a web of child trafficking, abuse and murder in Berlin’s seedy underworld. Blackmailed by an insidious caller and assisted by his old friend Carina, Stern finds himself in increasing danger. Who is the mysterious caller? What is behind Simon’s claim to be a serial killer and his disturbing ability to predict the future? And what does this all have to do with the death of Stern’s own child ten years prior?

The Child is the third novel by bestselling German author Sebastian Fitzek. It has been brought to life for the English-speaking market in a spectacular multi-cast audio dramatisation by Audible UK, months ahead of the print release of the book. The production is an absolute step above normal audiobook productions and features a star-studded cast including Rupert Penry-Jones as Robert Stern, Emilia Fox as Carina, Andy Serkis as Martin Engler,  Stephen Marcus as Andy Borchert and introducing Jack Boulter as Simon. 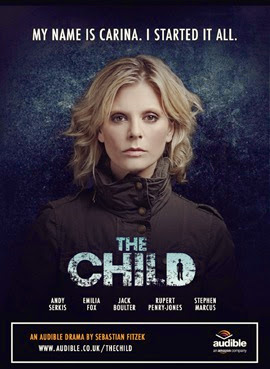 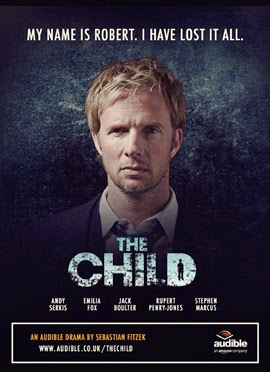 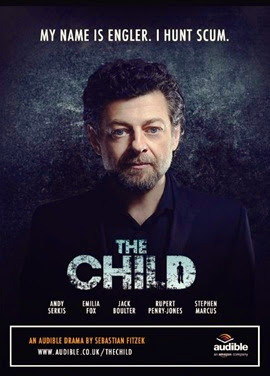 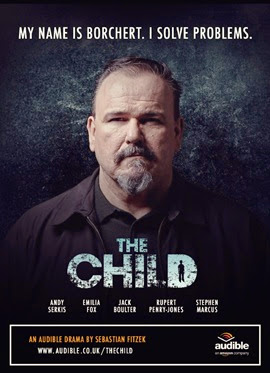 Sebastian Fitzek has written a truly creepy novel and he is certainly an author I will look out for in the future. Fitzek keeps the reader in a suspended state of disbelief and incredulity throughout the story and only at the last minute does he finally pull the veil away. I did not expect the twist towards the end!

The insidious caller instilled true terror in both Robert Stern and me and coupled with the dramatic soundtrack, there were times when my heart felt as if it were jumping out of my chest. This might not be the best audiobook to listen to just before you go to bed on a stormy evening.

It was an interesting decision to feature British actors in a dramatisation of a story set in Berlin. At times it was jarring and I almost expected that some of the characters should have had a German accent but ultimately it works. The Child is a gritty, bleak story that reminded me of the no-holds-barred television that we saw in the UK in the 1990s, shows like Band of Gold and Prime Suspect. If you liked the grim reality of those shows and the glimpse into the dark underbelly of city life then you’ll love The Child.

I liked everything about this production from Robert Glenister’s turn as the narrator to the eerie soundtrack to each of the individual performances. I was impressed by the way in which Audible UK released character posters and by the trailer which you can see below. It seems that something is changing in the world of audiobooks and that we as listeners and fans can finally get excited about these productions. I’m a long time fan of both Rupert Penry-Jones and Andy Serkis so it was great to sample some of their work beyond the realm of television and film.

My verdict is that this dramatisation really worked and I hope that this is a route that Audible UK will take more often in the future.

I give the Audible UK audio dramatisation of The Child five out of five stars.

Click here to listen to the first chapter of The Child or you can purchase the audiobook at Audible UK.