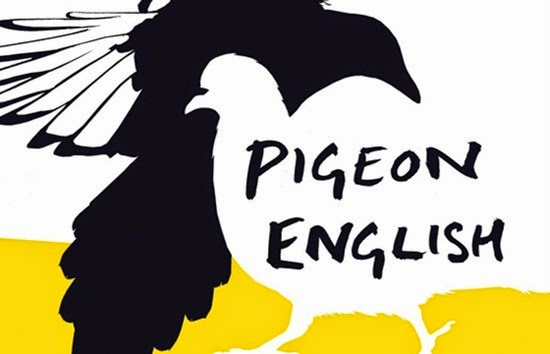 A lot has been said about knife crime in London in the past two decades especially as relates to gangs and youth fatalities but it is rare that we hear the victims’ stories. Inspired by the death of Damilola Taylor, a ten-year-old immigrant from Nigeria who died shortly before his 11th birthday, author Stephen Kelman explores the life of a young Ghanaian immigrant caught up in a web of knife crime in his Booker Prize nominated debut novel Pigeon English.

Pigeon English is told from the point of view of Harrison Okupu and is narrated in Harri’s own tongue, a mixture of English and both Ghanaian and modern London slang. The book opens with the knifing of a local schoolboy and while they didn’t see the crime itself, Harri and his friends witness the boy’s death. Set in a world of inner city high rises, bullying, gangs and school, Pigeon English follows the path of Harri and his friends as they try explore their surroundings, play at amateur detectives and navigate the slippery slope to gang membership.

Pigeon English is a confounding book. On the one hand, it is utterly authentic and I was most impressed by the author’s capture of Ghanaian vernacular. I loved Harri’s naiveté and his literal and often hilarious interpretation of Londoner’s trademark sarcasm and wit. At ten-years-old, the world is his to explore and conquer and I enjoyed how Harri and his band of accidental detectives came closer to solving the crime than they ever could have imagined. 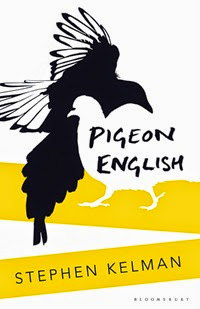 The difficulty with this book (and I feel ashamed to admit this) is that Harri’s voice is so authentic that I felt compelled to tell him to stop with his prattling already. It was if there was a little child dancing around on the pages in front of me, hopping from subject to subject, talking about his sick sister in Ghana one minute and the pigeon on his balcony the next. To be frank, there isn’t really a good time for that, especially when reading is your chosen method of relaxation.

So yes, Pigeon English certainly deserves the Booker Prize nomination and it is a fantastic glimpse into inner city poverty and crime, exploitation and the vulnerability of young children, but it is a very difficult book to read. I can’t say that I enjoyed reading this book at all but I’m glad that I did. In the day since I finished it I haven’t stopped thinking about the story and it has inspired me to read up more about the case of Damilola Taylor and other young victims of knife crime in London. I dare say that means that Stephen Kelman has achieved what he set out to do.

I give Pigeon English three out of five stars. I do think this is an important book which gives an authentic voice to the character of Harri but it wasn't as enjoyable as I'd hoped.