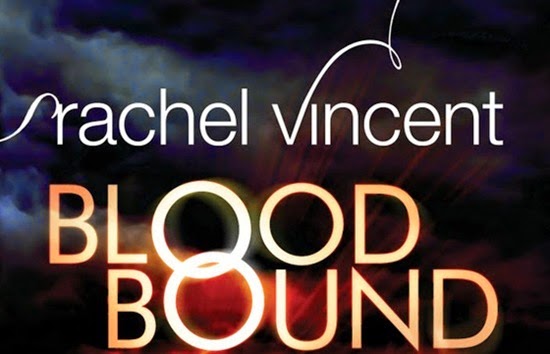 It's been thirty years since the world found out about the Skilled, those people with abilities that set them apart from the rest of the population. Some are Trackers with a preternatural ability to track anyone by name or on a drop of blood, others can mortally bind a contract, detect lies or teleport between shadows.

Of course, governments around the world refuse to acknowledge the existence of the Skilled and their abilities and what they won't acknowledge, they can't police. The syndicates were quick to step up to fill the vacuum left open by a lack of regulation and are only too happy to use those with abilities to their own ends. 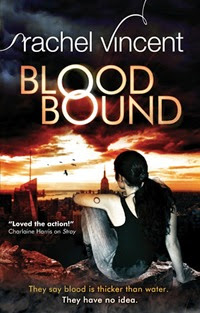 In Blood Bound, the first in Rachel Vincent's Unbound series, Tracker Olivia Warren and her former lover Cam are thrown together to solve the murder of the husband of an old friend. The matter quickly turns into a missing child case; can Liv and Cam resolve the matter without falling foul of the syndicates?

Having read Rachel Vincent's Soul Screamers series, it is safe to say that I am a fan of her writing and I always admired the natural way she would bring scenes alive by effortlessly interspersing dialogue with descriptions of characters preparing food or pouring drinks.

The problem with Blood Bound is that there are so many pages (chapters even) where nothing happens that the addition of rich contextual descriptions made for painful reading. I don't like skimming, you always land up missing something important and having to flip back, but I'm happy to report that I pretty much skimmed the third quarter of the book and felt none-the-poorer for it.

This was made even more apparent by the fact that I guessed the whole plot by the middle of the book. That's not that the book was predictable or that the writing was poor, but I got this whole world the author was describing and guessed where the story was going.

Nothing happening described in minute detail when you know where the story is heading? Not so much fun.

Despite that, I really enjoyed this world, the supernatural abilities and the main characters Liv and Cam. I believe that the next books in the trilogy won't focus directly on Liv and Cam but on other characters in the universe and this quite appeals to me. I just hope that Rachel Vincent realises that was once such a good aspect of her writing is weighing it down now and I'd like to see more action and less context even if it means shorter books.

I give Blood Bound three out of five stars. I'll definitely read the rest of the books in the trilogy but this was a little too wordy for a higher rating.