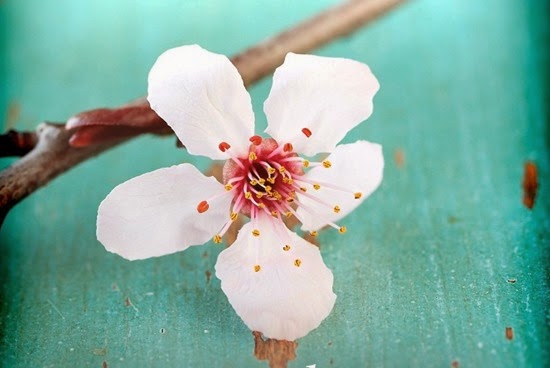 Josie Clark has stayed in Tokyo for longer than she intended. What began as an impulsive stint teaching English for two years turned into much more as Josie became entranced by Japanese food, customs and the bright lights of the Takarazuka Revue. Life takes an unexpected turn however when Josie discovers a body beneath a cherry blossom tree. Dissatisfied with the lack of progress in the police investigation, Josie begins to dig deeper and unearths a web of dark secrets, betrayal and revenge. Who is the tall stranger the victim was last seen talking to; what secret is the star of the Takarazuka Revue hiding and who is the mysterious Ms. Kato?

The Cherry Blossom Murder is the debut novel by Londoner Fran Pickering and is the first in the Josie Clark in Japan mystery series. It is a classic amateur detective tale where Josie unravels the truth through a series of clever questions, keen observations and a healthy dose of good luck. The story is cleverly executed, and you’d have to be paying very close attention to divide the real clues from the numerous red herrings. Personally, I was very surprised by the ending and more than a little disappointed in myself for not paying closer attention!

What impressed me most about The Cherry Blossom Murder was how it brought to life the sights, sounds and aromas of life in Japan. I had a passing interest in Japan previously, but this book had me salivating for Japanese food and yearning to pack my bags and jet right off to Tokyo. We get to see Japanese culture through the eyes of an outsider, but far from harping on about differences and culture shock, Josie embraces Japanese custom, and the author takes us deep into the world of suburban life, Japanese subcultures and Japanese office propriety. All of this is done seamlessly as Josie uses her network of colleagues, friends and acquaintances to solve the murder.

I thoroughly enjoyed The Cherry Blossom Murder and on finishing the novel, immediately took to the Internet to discover when the next book in the series would be released. Alas, the sequel The Haiku Murder is only due to come out in 2015. I give The Cherry Blossom Murder five out of five stars and would  recommend to both crime and mystery lovers and also to shinnichi (or Japanphiles as they are known in English).

The Cherry Blossom Murder is available to purchase from Amazon.com and Amazon.co.uk. You can visit author Fran Pickering’s website at franpickering.com and you can also visit her blog Sequins and Cherry Blossom where she writes about Japanese art and events in London.