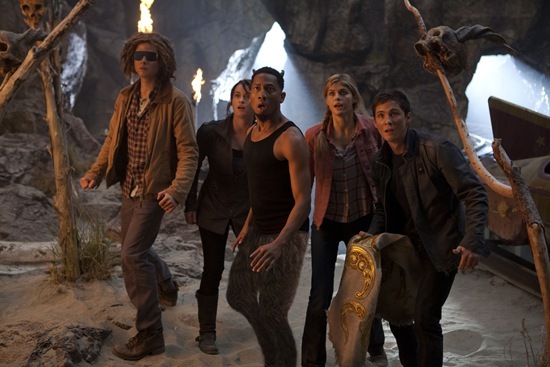 I have to be honest, I did not think we were ever going to see the sequel to Percy Jackson & the Lightning Thief (2010). Based on Rick Riordan’s best-selling Percy Jackson and the Olympians series, a sequel was announced as early as March 2011 but it just never seemed to come to fruition.  Interestingly enough, I did not really enjoy the first book in the series, Percy Jackson and the Lightning Thief but I did enjoy the first film (enough to see it twice) and was really pleased to hear that they were releasing more in the series. 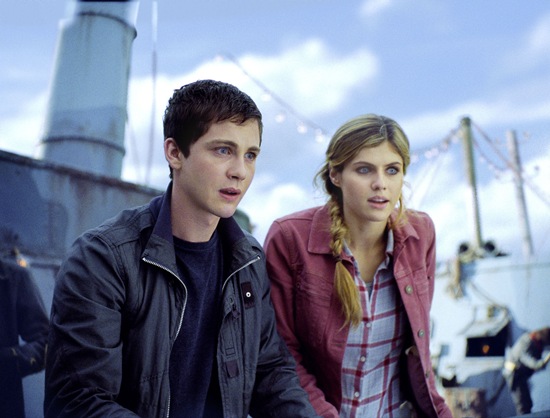 Well, the cast is all grown up now but Percy Jackson: Sea of Monsters will finally be released in August 2013 in the UK and USA. Logan Lerman is back as Percy Jackson and Brandon T. Jackson and Alexandra Daddario will reprise their roles as Grover Underwood and Annabeth Chase.

There will be no shortage of eye candy in the sequel. Nathan Fillion joins the cast as Hermes while Jake Abel is back as Luke. There have been some interesting casting swaps too with Stanley Tucci replacing Luke Camilleri as Dionysus and Anthony Head replacing Pierce Brosnan as Chiron. Personally, I haven’t been a fan of Pierce Brosnan since Remington Steele and I’ve been a fan of Anthony Head since Buffy so I’m happy with this last casting choice. 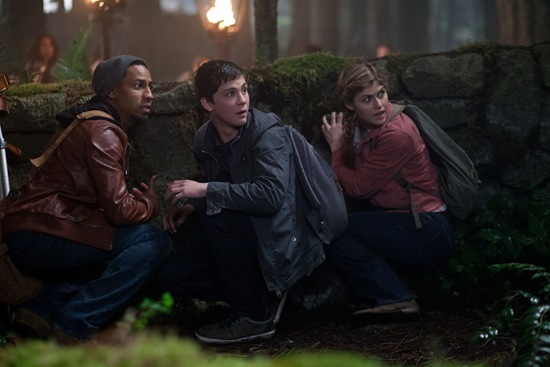 In Percy Jackson: Sea of Monsters Camp Half-Blood is under threat and Percy and his demigod friends must travel to the Sea of Monsters (or the Bermuda Triangle as we mere humans know it) to retrieve the Golden Fleece and save the day.