Wow. How is it possible to both love and hate an episode this much? I feel like I’ve been put through the wringer after watching “The Disir” and it has left me quite conflicted.  I’m still trying to figure out whether the several mistakes made in the episode were consistent with the characters’ fears and personalities, or was it just the writers teasing us again with the Big Magic Reveal and ultimately disappointing us again? Ultimately, this is a fantastic episode but one that spells misery and misfortune for Arthur in the years to come. 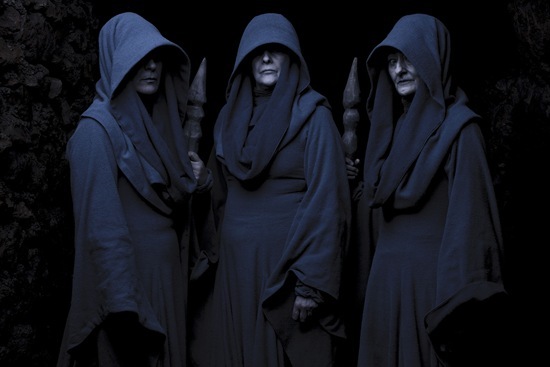 “The Disir” opens with the three seers of the Disir assigning a grave task to the sorcerer Osgar (Andrew Tiernan) to deliver judgement upon Arthur Pendragon.  Osgar meets up with Arthur to present him with the judgement in the physical form of a coin, the rune mark of the Disir. Intrigued as to its meaning, Arthur ignores the concerns of both Merlin and Guinevere and travels to the Disir to question the meaning of the judgement. Ignoring Merlin’s warnings, Arthur (Bradley James) and the Knights of Camelot burst into the sacred cave of the Disir armed, with little regard for the sacred relics that they trample beneath their feet. Tragedy ensues and Arthur is left with a terrible decision. Will he choose wisely?

There is no doubt that most of this episode intrigued me.  I loved it when Osgar met with Arthur and had no interest in harming him.  Not all in the Old Religion wish to bring harm to Arthur but they do seek to test him. I loved the idea of the coin, the Rune of the Disir, a relic that carries so much weight in its judgement.  Osgar tells Arthur that this is his judgement and fate for the war he has waged on the Old Religion and that the circle of fate has begun to close.  He warns Arthur that this is his last chance but in his arrogance, Arthur will not listen.

At this point I pondered the meaning of this.  Did it mean there was a chance that Arthur could be redeemed for the war with the Old Religion? On their return to Camelot, Gaius further indicates that redemption is indeed a possibility but that only the gods could change fate and to achieve this, Arthur would need to repent and appease them.  I loved that Gaius refused to dismiss other people’s beliefs.

This episode is such a major turning point and nothing illustrates this more than when Merlin says to Arthur, “perhaps they feel you are worthy enough to be judged… Judgement is wasted on a man who won’t listen”.  There you go, Arthur could listen, he should listen, but just who is it who ultimately advises him to remain deaf? 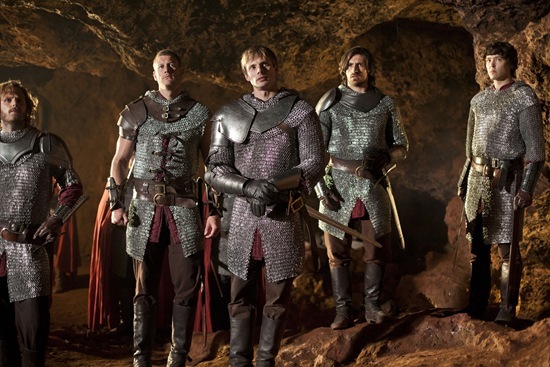 And then the episode goes sharply downhill.  I’m going to try be as brief as possible here in the hopes that this doesn’t turn into a thesis.

I was not impressed with Kilgharrah’s advice (and am I the only one that finds Merlin’s running-dragon-call cheesy?). Kilgharrah tells Merlin to kill Mordred at the first chance he gets. No! That cannot achieve anything! At one point later in the episode, I had a light bulb moment and thought Kilgharrah had done this so that Arthur could be given the chance to save Mordred and perhaps he did, but in that case Arthur failed.

I did not like Guinevere’s show of unconditional love and her proclamation that to know Arthur is to love him.  She knows sorcery! Why was she not giving him decent advice?  Why is no one steering Arthur towards the eventual acceptance and tolerance of the Old Religion?

I hated that Arthur and his knights stormed into the sacred place of the Disir but more than that, I hated that Mordred went along with it.  I thought that was completely out of character and even if he is doing his best to remain in character (see my predictions below), I simply believe that his own beliefs and superstitions would have prevented him from doing so.

One tiny beacon of love: I loved it when the seer saw Merlin.  Nothing was said but that look was significant, she really saw him and recognised him as Emrys.

And then I hated it when Merlin refused to treat Mordred.  It was absolutely, fundamentally wrong.  If there was a Hippocratic oath for wizards then Merlin broke it.  First do no harm!

I disagree when Merlin states that he couldn’t ignore Kilgharrah.  Merlin is the master of the dragon, not the other way around! If he cannot assert himself in that relationship then he will never be the great wizard he is destined to become! 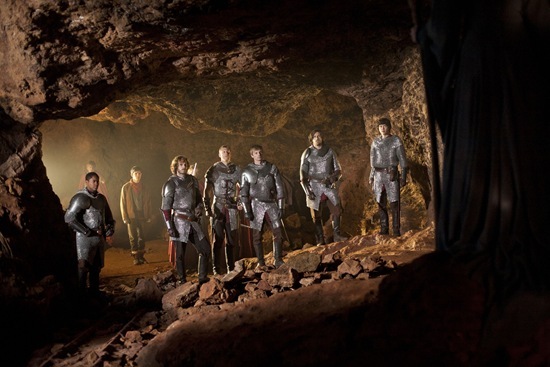 So Close But So Far Away (Or, Arthur Saves the Day… Almost)

There was so much promise at this point in the episode.  Arthur bravely goes back to confront the Disir, and shows them the respect that they deserve.

I do think the Disir presented him with an impossible option.  He could not swear unto the Old Religion any more than they could convert to his ways, but I did expect him to find a solution and reach a compromise, one that would usher in an era of tolerance and understanding of sorcery in Albion.

I loved the scene in the forest with Arthur and Merlin on opposite sides of the fire.  The realist and the altruist. I loved the discussion of sorcery and Arthur’s admission of his fear of chaos.  And he came so close when he wonders aloud, “perhaps my father was wrong, perhaps the old ways aren’t as evil as we thought”.

There we are, at the threshold of a whole new world and Merlin ruins it all when he says, “there can be no place for magic in Camelot”.  I get it, I get what that cost Merlin and I have to commend Colin Morgan’s incredible acting in this scene.  It was simply phenomenal but it broke my heart into tiny little pieces.  Merlin has seriously compromised everything he has become and everything he stands for in his execution of Kilgharrah’s advice.

From the outset I realised that I really don’t like or trust Mordred (Alexander Vlahos) but it is possible that his part is better written than the part of Agravaine (Nathaniel Parker) in season 4.  If I’m correct, then the events in this episode were a carefully planned test that Mordred was completely aware of.  I do think Arthur’s decision will come back to haunt him and that Mordred will explicitly seek to punish him for betraying him and not choosing to save his life even if it meant embracing sorcery. If so he will make a far more devious and skilful villain than both Agravaine and Morgana and their hackneyed attempts to destroy Arthur. 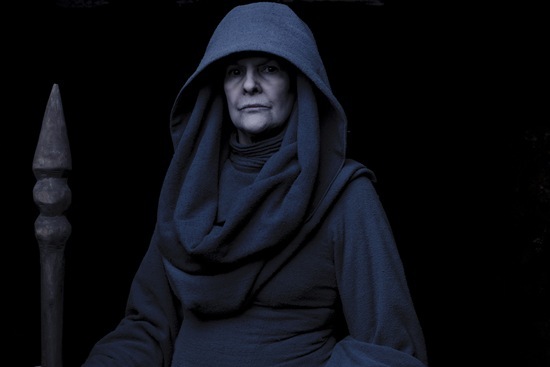 Gaius: “Perhaps, perhaps not. The future has many paths. That is only one”

Gaius: “Seeing is not knowing and we must know for certain before we act”.

Olgar: “It’s not too late, Arthur.  Not too late to find the true path, redeem yourself. No further chance shall be given”.

Mordred: “Until then, we go unmarked in death as in life”.

Gaius: “The Disir have seen fit to give this to you. This is the judgement of the gods against you”.

Arthur: “Why would a sorcerer pity a king?”

The Disir: “You are known Arthur, you have always been known… And now you come here, to the most sacred of the sacred, to the very heart of the Old Religion, with weapons drawn, trampling hallowed relics, treating our sacred space like you do you kingdom, with arrogance, with conceit, with insolence!”

“The Disir” was perhaps the best episode of the entire series to date and if I gave starred reviews for individual episodes, this one would have received five stars. Yes, it has left me with a heavy heart but it feels quite momentous, as has most of this season. I cannot wait until next week.

BBC Merlin returns on Saturday, 10 November at 8.05pm with “The Dark Tower”.  When Guinevere disappears from Camelot, Merlin knows that only Morgana can be responsible.  With Guinevere locked in the Dark Tower, it will take more than Arthur’s sheer will to rescue her.