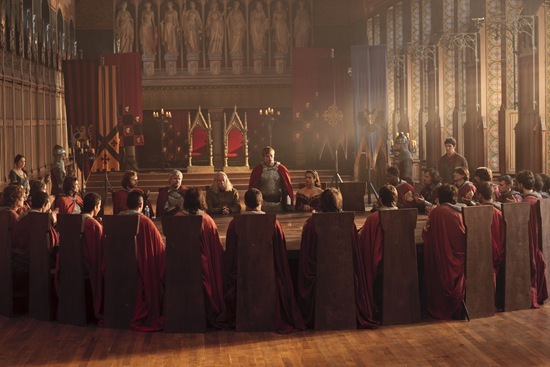 Three years have passed in the Kingdom of Camelot and we have entered a golden era of peace and prosperity.  Yet as King Arthur and Queen Guinevere rule over the kingdom, men begin to disappear in the frozen wastelands of the north.  It doesn’t take long to realise that the witch Morgana has emerged from hiding with a plot to destroy Arthur Pendragon once and for all.  In an episode in which we see the return of Lindsay Duncan as Queen Annis and the introduction of an older Mordred, we also learn that while a lot may have changed, an awful lot seems to have remained the same.

My intention was to review the fifth season of BBC’s fantastic hit series Merlin but my enduring impression after last night’s first episode was, “how am I meant to review that?”  True, the series opener was a two-parter which means that we’re not going to really make heads or tails of what is going on until the end of next week but this first episode has left me with mixed feelings.  Instead of focusing on what I liked or disliked, perhaps it would be best to look at what has changed and what has stayed the same because that is ultimately tied up with how I feel about the episode.

What stayed the same

The episode begins three years after the events in “The Sword in the Stone”.  I was expecting there to be a reason for this (apart from allowing Mordred to age three years).  Maybe Arthur would have grown up, perhaps Merlin’s standing would have improved in the castle.  But alas, no.  Arthur still treats Merlin like absolute rubbish (in fact, it seems amplified in this episode) and for some reason it began to grate on my nerves a little bit last night. 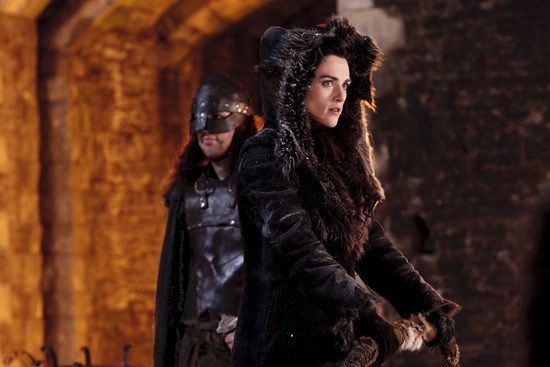 Likewise, Morgana (Katie McGrath) is still up to her tricks to topple Camelot and this time she has enlisted the help of Ruadan (Liam Cunningham) to help her find an all-important key.  Three years are meant to have passed, in which Morgana spent a significant amount of time recovering from her injuries, and still, nothing much has changed.

The Vision of the Certain Future

Now I never said I actually disliked this episode, more that it left me ambivalent, because what I loved most about this episode was the great step towards the final resolution of the Arthurian legend. 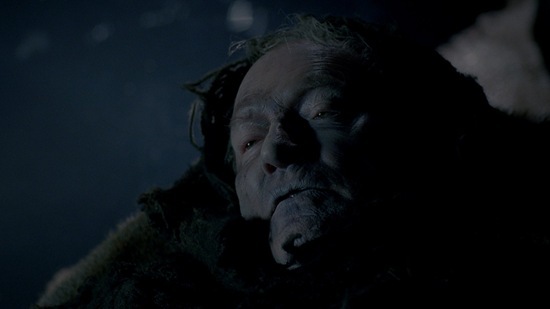 In the early scenes of the episode, Merlin stumbles upon the dying Lochru (Julian Glover) in an underground cave. Lochru is a druid seer but it is more complicated than that.  He belongs to an order known as the Vates and Gaius later explains that the Vates are known in the Old Religion for their astonishingly accurate prophecies.

Which is a little bit of a problem because what Lochru shows Merlin is a vision of Arthur’s death at the hands of Mordred (presumably at the Battle of Camlann).  It is a bold move but the BBC have been absolutely clear that the show will end in the same way as the legend.  It is not a spoiler because this vision is what will inform Merlin’s actions from now on and he must learn to achieve greatness in the face of a certain fate.

Kilgharrah: “Now, more than ever, it is you and you alone who can keep Arthur safe”.

So why am I so thrilled about this and yet so bored by Morgana’s character remaining true to form?  I’m not sure of the answer to that. The guest villain this week is Ruadan played by veteran actor Liam Cunningham.  Ruadan is a skilled druid and sorcerer who is plagued by memories of the Great Purge, the time when Arthur’s father Uther waged war on sorcery.  Motivated by a desire to exact revenge on the Pendragon family, he agrees to help Morgana as they search for a mysterious key that will reveal Arthur’s bane to them.

I really like Liam Cunningham but I felt he was somewhat underutilised in this episode while Morgana stole much of the spotlight.  Hopefully we’ll see more of him in “Arthur;s Bane part 2”. 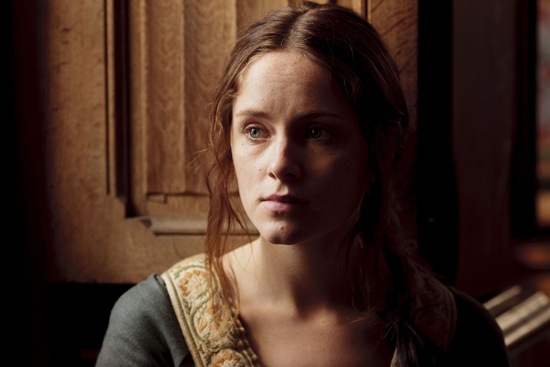 Sophie Rundle (Episodes) plays Sefa, Ruadan’s daughter.  I have to admit that I was really disappointed that she turned out to be a traitor because  thought it would be lovely for Merlin to finally have a love interest after four seasons of being the hero.  By the end of the episode, Sefa had been sentenced to death for treason by none other than Queen Guinevere.

Wait, what? Since when did Gwen become such a heartless tyrant?  I did not like that at all and I did not like the cruel turn Gwen’s character took as she sentenced Sefa to death, especially given that she used information that Sefa had told her in confidence. 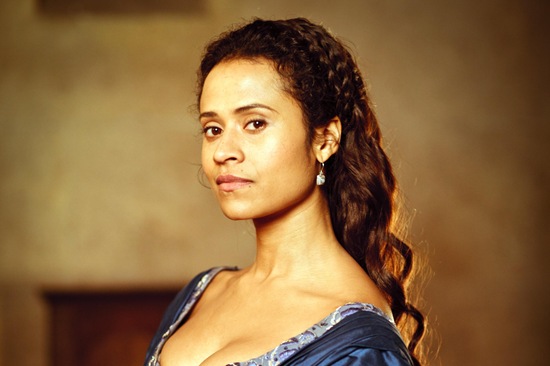 I hope that this is a learning curve, I hope that Gwen has made a mistake, because I don’t like the idea that power has corrupted one of the strongest, purest characters in the show.  And I kind of want Sefa to stay and provide a distraction for Merlin this season.

There was a lot that will need to be tied up next week in order for it to make sense. 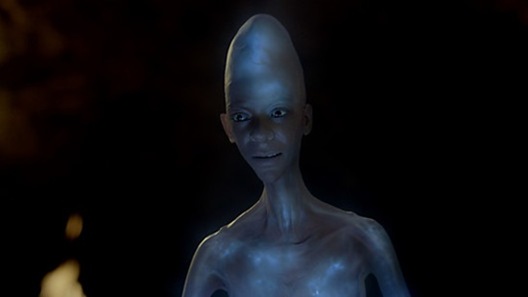 Who was The Euchdag (Josette Simon)? Why was she so ugly and weird looking? What was the purpose behind her appearance and is she truly altruistic?

All in all it was an interesting episode and certainly not as powerful, meaningful or as terrifying as “The Darkest Hour” which opened season 4.  I was be remiss if I did not mention how nice it was to see Sirs Gwain and Percival toiling shirtless in the underground caves but then I also need to mention that I was slightly underwhelmed by the new Mordred (Alexander Vlahos).  I guess this is a definite case of hoping that the season improves from here.