“Another’s Sorrow” sees the return of Morgana in yet another plot to destroy King Arthur. This time she teams up the ruthless Odin, the man who ordered Uther's death and is bent on avenging his son’s death. Together they invade Nemeth, capture King Rodor and use Princess Mithian (Janet Montgomery) as bait to lure Arthur to a certain death. 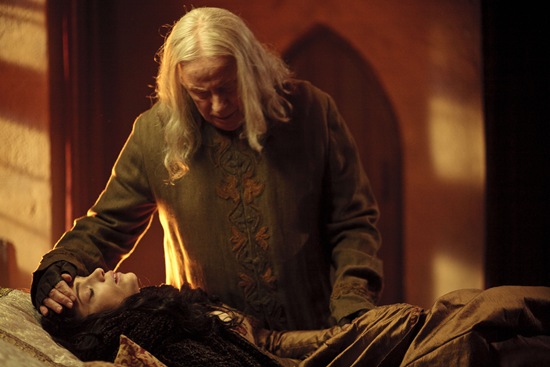 A Thing of Beauty

What struck me most about this episode was that it was really beautiful.  The episode opened with fabulous cinematography as the camera zoomed down into a gorgeous valley and we enter Rodor’s castle.  The castle is quite exquisite with domes, arches and marble pillars and it certainly seems more ornate than the castle at Camelot.

But in this episode, directed by Ashley Way, we also see a different side to Camelot too, especially the scene where Mithian flees from her room and we see the stone arches, stained glass windows and elaborate walkways of the castle.

I don’t know for sure, but I think this episode might have been filmed in France because the forest scenes with the fields of wild lavender were really beautiful and I loved the ruins where King Arthur (Bradley James) and his men camp for the night.

I haven’t decided whether it was CGI or not, but I loved the look of the tomb as well.

I always enjoy the forest and outdoor scenes in Merlin but hats off to the production team because this episode was really well designed. 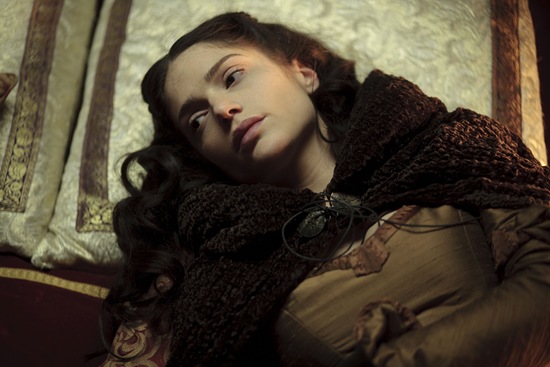 Like “The Death Song of Uther Pendragon”, I really loved this whole episode.  It was great to see some old characters return and good to see some pretty big storylines being wrapped up.

Janet Montgomery was lovely as Mithian although I have to admit, for a lot of it she just displayed rather pained facial expressions as she tried to communicate her predicament to Arthur and Merlin.  Still, she was as graceful and honourable as ever and certainly easy on the eye.  I think I might have preferred her with lighter hair though. 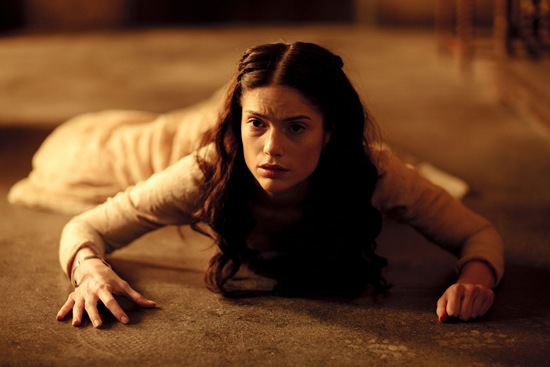 In “Another’s Sorrow”, we were introduced to James Fox in his role as King Rodor of Nemeth, Mithian’s father.  Special mention goes to this fine actor; we didn’t get to see much of him but thank goodness he got in a little bit of sword-wielding action. 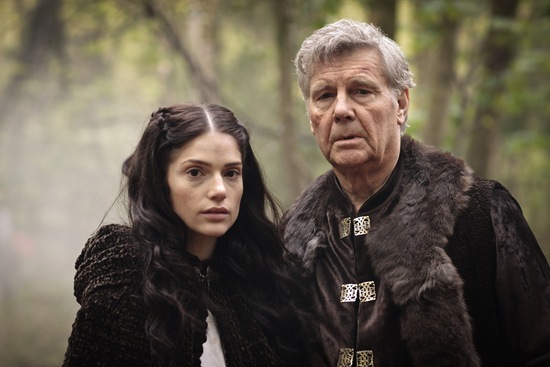 It’s not often I have anything nice to say about Morgana (no offense intended to Katie McGrath) but I quite enjoyed her in this episode.  In the opening scenes, she was looking positively evil, obviously having been to Cruella De Vil’s school of hair design.  Naturally, she is coming up with yet another scheme in her relentless desire to relieve Arthur of his throne, but at least she was pretty frank about it.

For the bulk of the episode, we see Morgana disguised as an old crone and somehow about this crumpled old hag with the gravelly voice was far more appealing to me than what we usually see of Morgana. 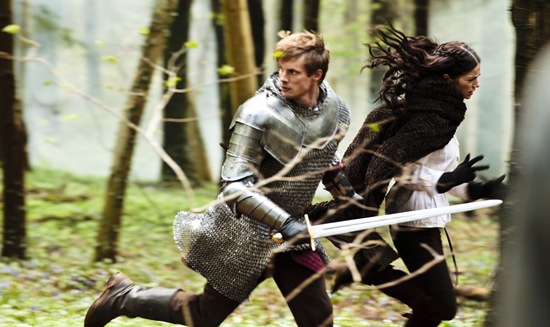 I love that Guinevere, Merlin and Sir Leon (Rupert Young) all challenge Arthur regarding his motives for wanting to rescue Rodor and confront Odin.  Is it a call to duty as he claims it is, a desire to protect Mithian from suffering the loss of her father at Odin’s hands?  Or is he blindly motivated by his desire for revenge, so much so that he would put his own life and the lives of his knights in danger?

One of my favourite parts of this episode was Arthur’s bravery which is becoming ever more apparent as the season goes on.  He does not hesitate in going to Rodor’s rescue, although he does need to learn t trust the opinions of those around him.

His bravery in the face of his own death was incredible, as was his utter conviction that the Knights of Camelot would go to the ends of the earth to avenge his death.  If only he would put that kind of trust and faith in Merlin, his biggest supporter and protector.

In the final showdown with Odin, it was one simple gesture which convinced me of the king he has become.  When Odin and his men corner him and Merlin, he walks right up to Odin and into the path of his sword.  He shows no fear, only the surety that he is right.

I’m sensing a bit of a pattern emerging here because once again, Merlin was the absolute star of the episode.  This time he doesn’t save Arthur through magic, but he does save Odin’s life and Arthur’s honour by appealing to Arthur’s morality and conviction.  The best part of all of this? In the closing scenes of the episode, Arthur admits that it was Merlin that was the real hero on this occasion.

Perhaps it is a message?  While I wish so much for Merlin’s magic to be revealed, perhaps it is important to remember that Arthur’s journey will not be one of magic and he may be aided by sorcery but it will not be the fabric of his success and his fate.  His greatest tool is his honour and his destiny. 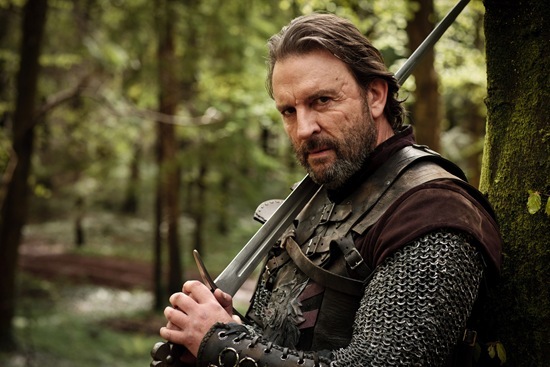 Odin (Fintan McKeown) and Arthur have lost so much in this blood feud but when they finally make peace, it is a sign that peace might finally be reached throughout the kingdoms of Albion.  I really enjoyed this resolution.  It is a damning reflection on just what could be achieved if Morgana would just bury the hatchet but, of course, we know she never will. 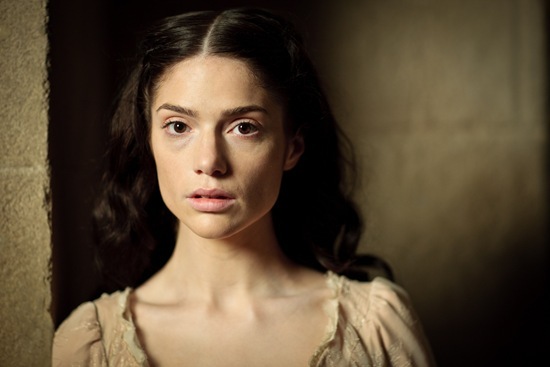 Perhaps I was enjoying the episode too much but I didn’t find as many memorable quotes this time.

Morgana: “I seek what’s rightfully mine.  I seek the throne of Camelot”.

Arthur: “Odin is a plague on this land. I can’t just stand by and watch him murder Mithian’s father as he murdered my own”.

Arthur: “So be it, but understand this Odin. You kill me and you’ll have all of Camelot to answer to”.

Odin: “Camelot is nothing without its king”.

King Rodor: “Don’t look so surprised.  I commanded an army in my time”.

Merlin: “How many times have you talked about uniting this land? Will killing this man make that dream any closer?”

Arthur: “Odin, we cannot let it end like this.  The blood will never wash off”. 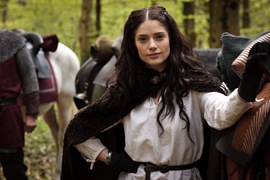 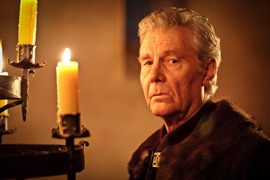 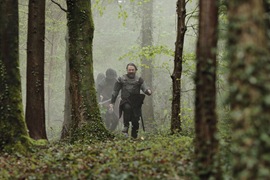 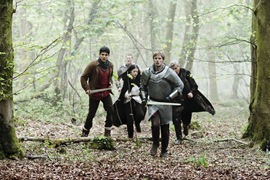 BBC Merlin returns on Saturday, 3 November at 8.15pm with “The Disir ”.  With three witches and a deathly prophecy, it sounds a bit like Macbeth and should make a brilliant Halloween / Bonfire Night episode.